My most recent (as of December 2015) in an edition of the AT, Drennan Cup win number two of the season too. 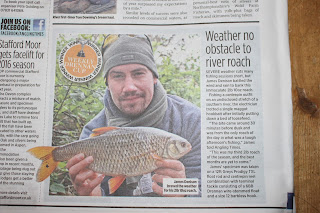 A special moment and honoured to be to have appeared on the second to last ever issue of CAT ( Coarse Angling Today ). 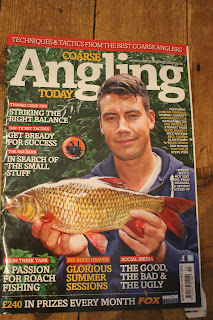 Another snippet of a superb Roach, again over the magical barrier of 2.03. 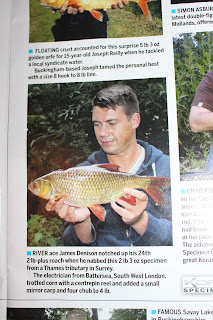 From an edition in the anglers mail published in Feburary 2013. 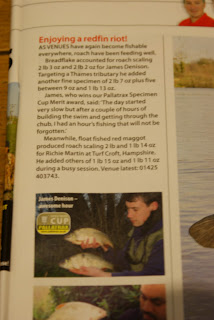 From an edition in the Anglers mail published end of August 2012. 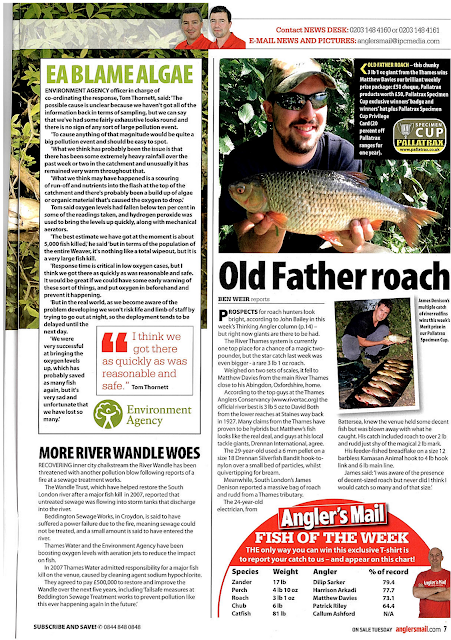 From the January edition of Total Coarse Fishing.

What's being hailed as the best big roach capture of the season has been landed from a tributary of the River Thames.

In an afternoon session on the waterway, angler James Denison landed no less than three two pound plus fish, for a total weight of 6lb 12oz!

Talking to TCF about the capture, the 25-year-old described the session as an unbelievable, and explained that he still couldn't quite come to terms with it.

Fishing just a three hour session, the Battersea-based electrician targeted the roach using trotting tactics. Finding the chub first it was a change of depth to his float that brought it first roach bite, and the capture of the biggest redfin of the day at 2lb 7oz.

I changed swim and had three chub in quick succession all so decided to fish an inch over-depth, said James. Almost immediately I had a very delicate pull. The chub normally nail it, so I played the fish with caution and I'm glad I did, I couldn't believe the size of it when it went on the scales.

Setting up his keep net he fed more bread into the swim and had a run of smaller fish (although two weighed in at 1lb 13oz and 1lb 4oz) before the float went again.

I hooked and landed another stunning fish of 2lb 3oz and then ten minutes later another of 2lb 2oz, continued James. After the third one I ran out of time so packed up but it's a session I will never forget and may never experience anything like it again.

James tempted all of his fish on bread flake present on a size 16 Drennan Super Specialist hook to 4lb Rovex line under a seven No8 Avon spigot trotting float. He landed the fish using a Shakespeare 10foot match rod and Shimano Exage 3000 reel.