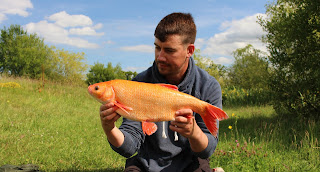 A stunning 4lb 5oz Golden Orfe caught on just my second attempt and this fish was one three which also amounted to 3 PB's in one day with this being the last. 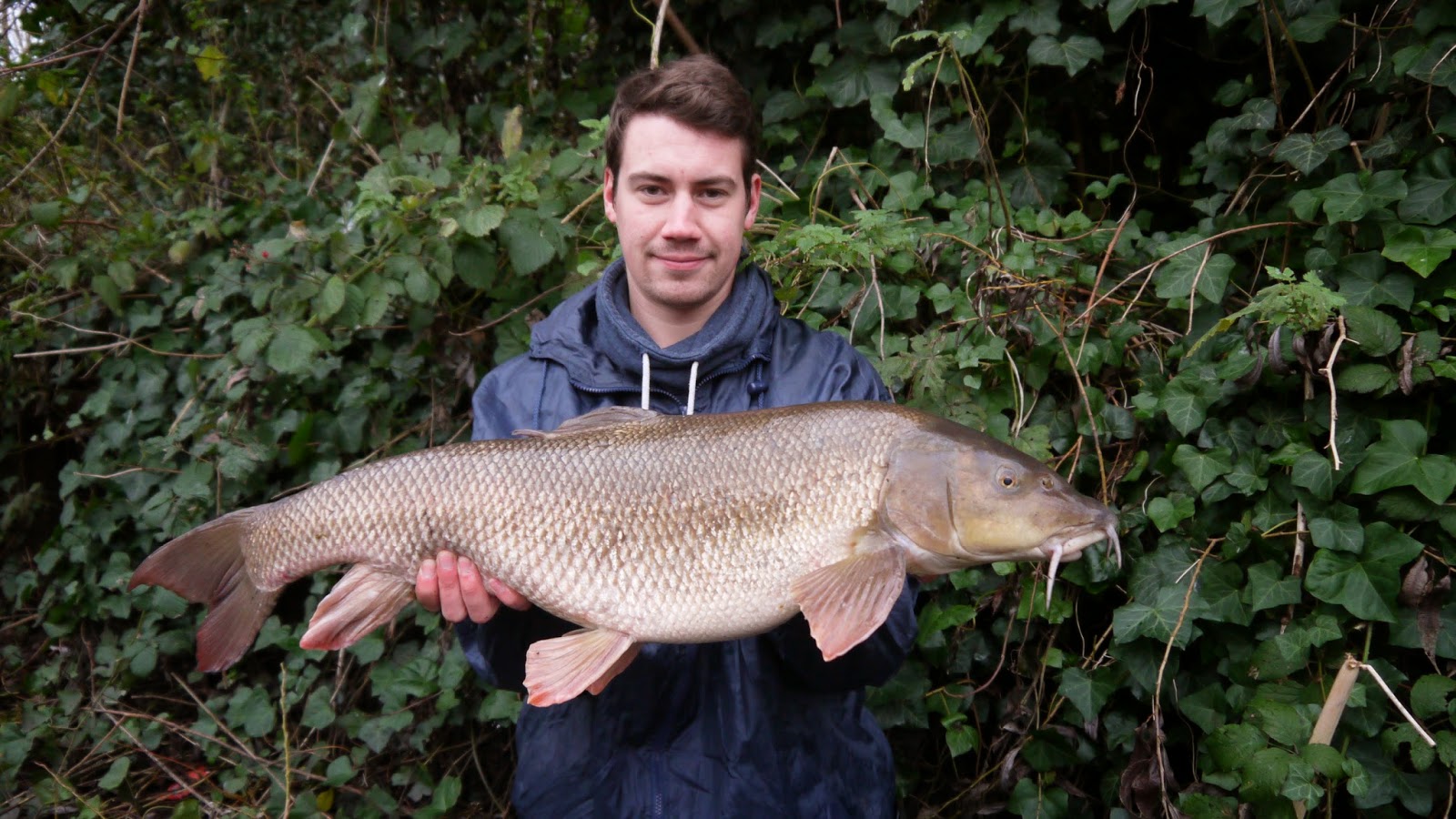 Another monster Barbel of 13lb 12oz caught whilst trotting and on a 11ft match rod and 4lb line, lucky eh! 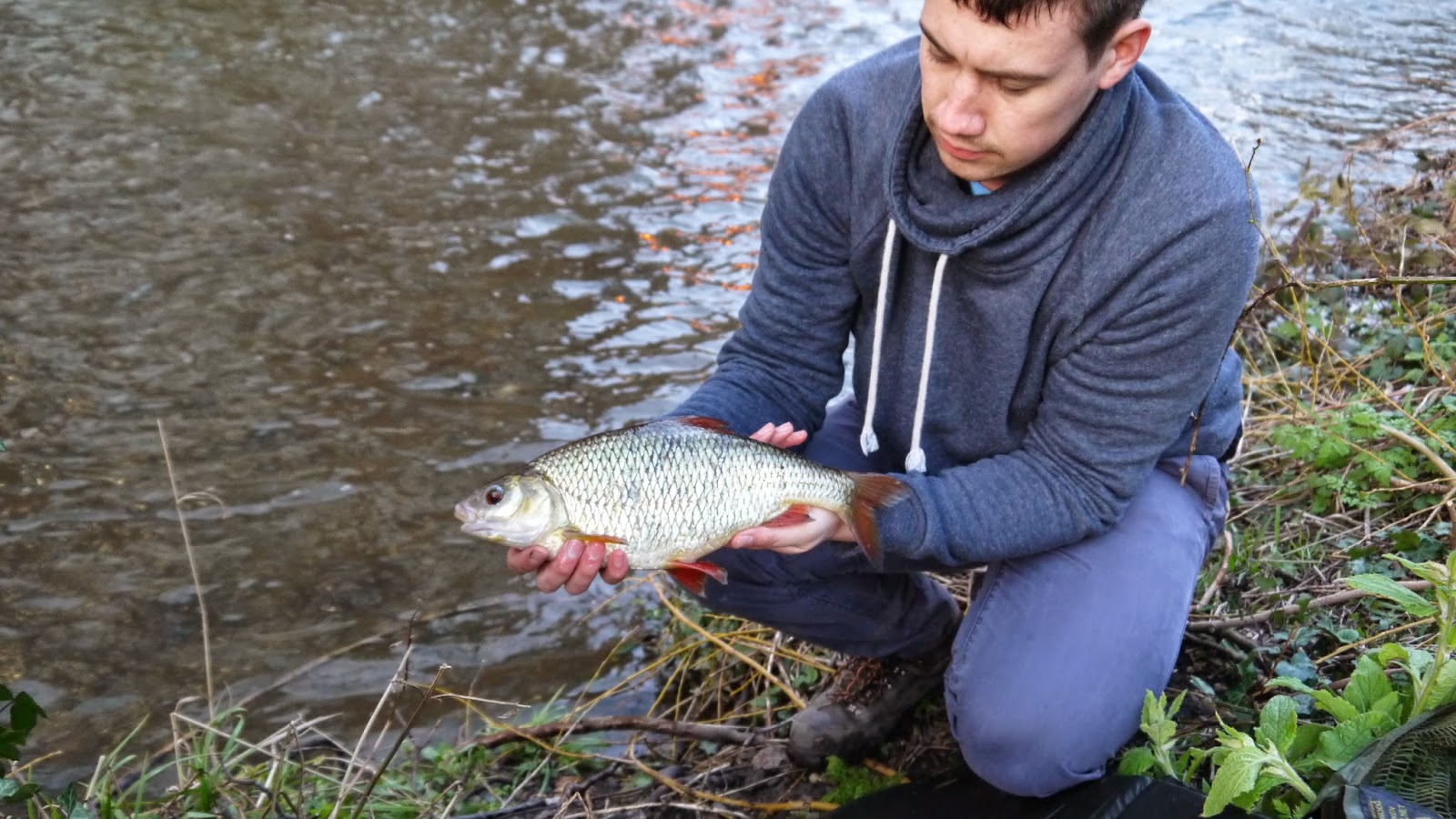 A 2lb 2oz Roach, fish of a lifetime for any angler, winter fish in great nick are brilliant to see and these are certainly our best looking species of fish. 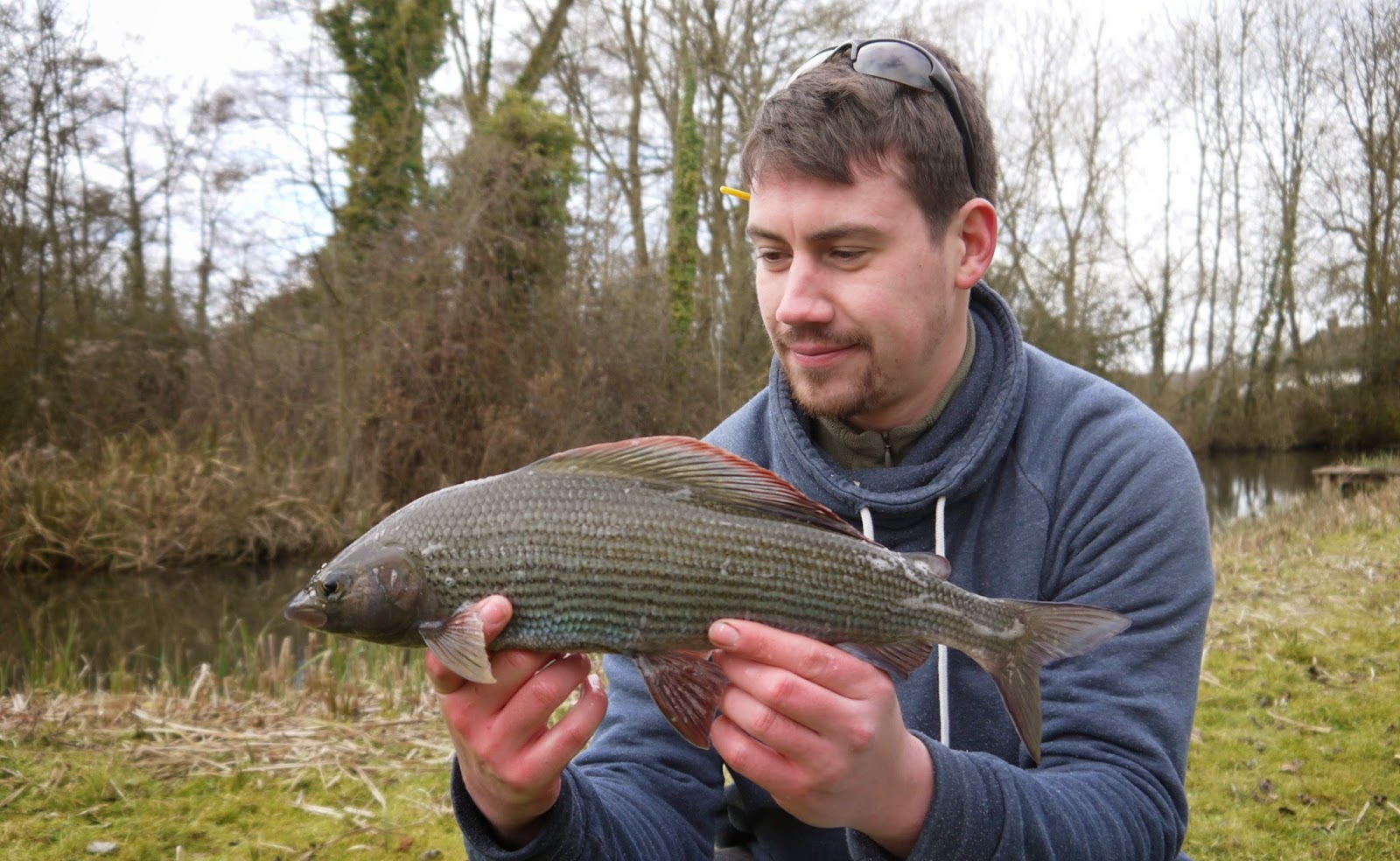 My first ever Grayling over the 2lb barrier and a beautiful fish to behold, only 6 trips it took to catch a two and what a specimen it was, they almost transform for what a small Grayling looks like, silver to almost a pewter and the dorsal fin is full of colour, if you've never caught one then it's hard to explain. 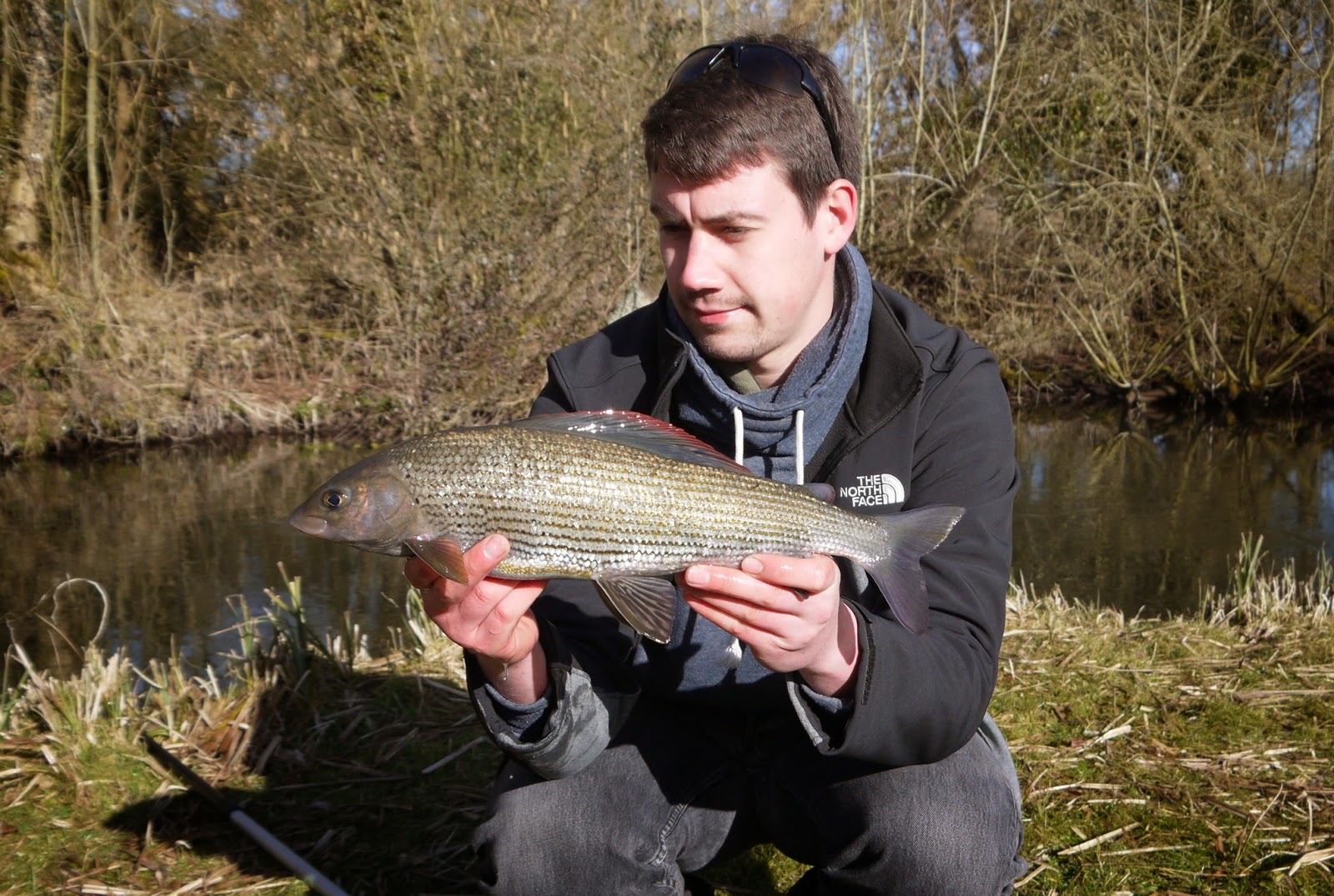 This was my second Grayling over the magical 2lb barrier at 2.2 off of the a diminutive Test tributary. 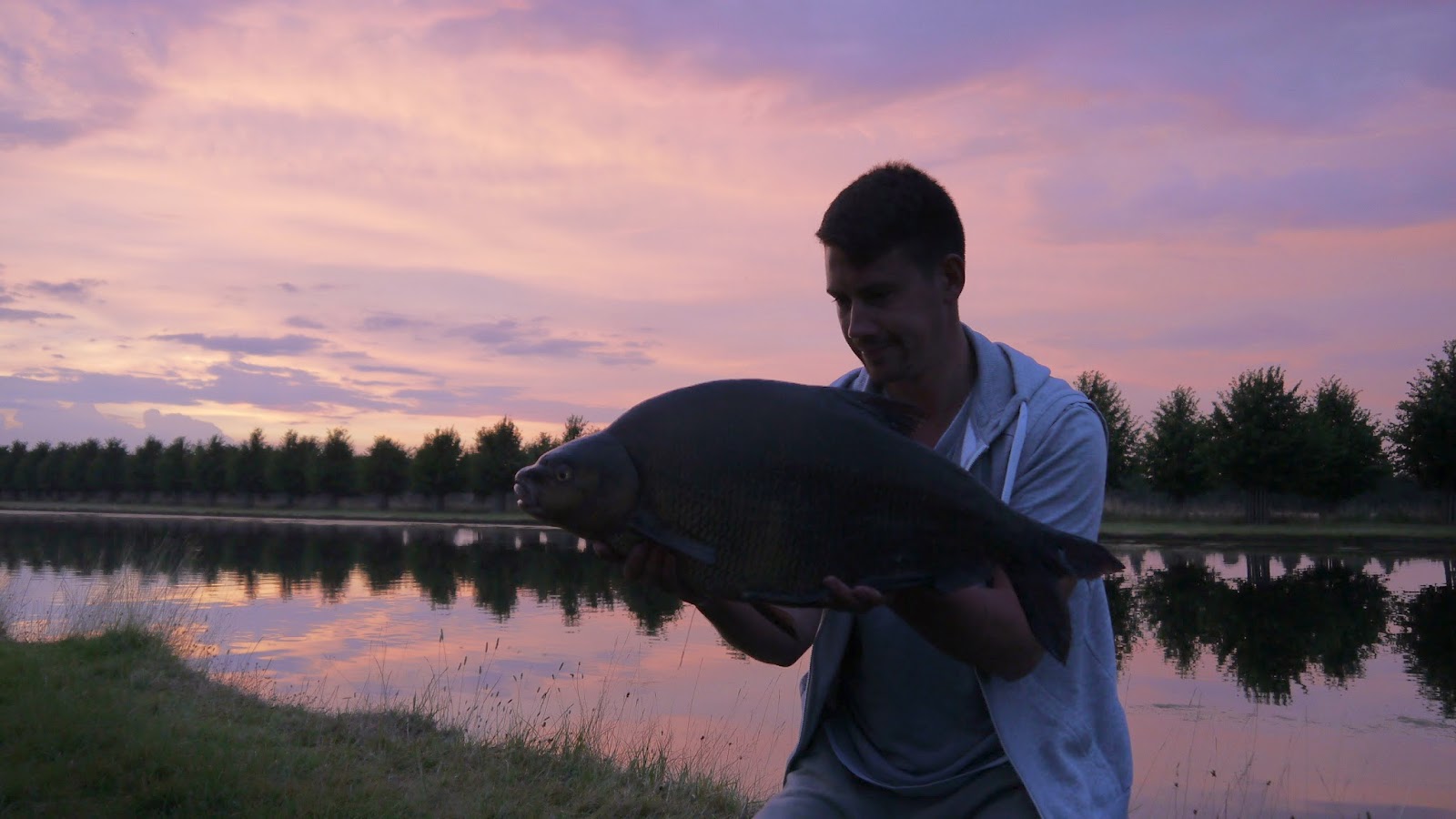 A large lake Bream which is my current Personal Best at 11lb 4oz, but a bigger one is coming I feel it. 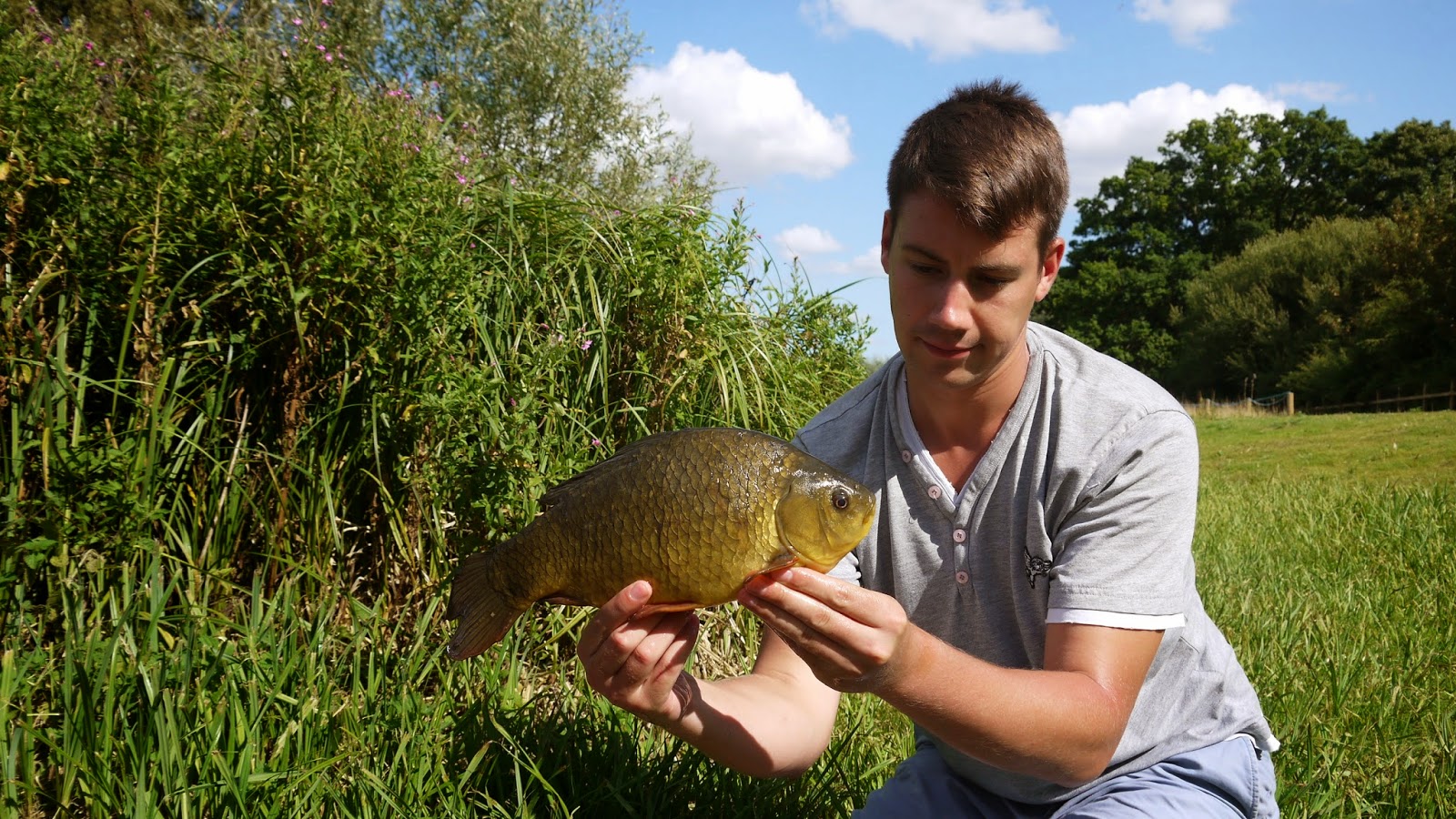 A lovely 2lb 9oz Crucian from arguably the best fishery for the species and my biggest in many years. 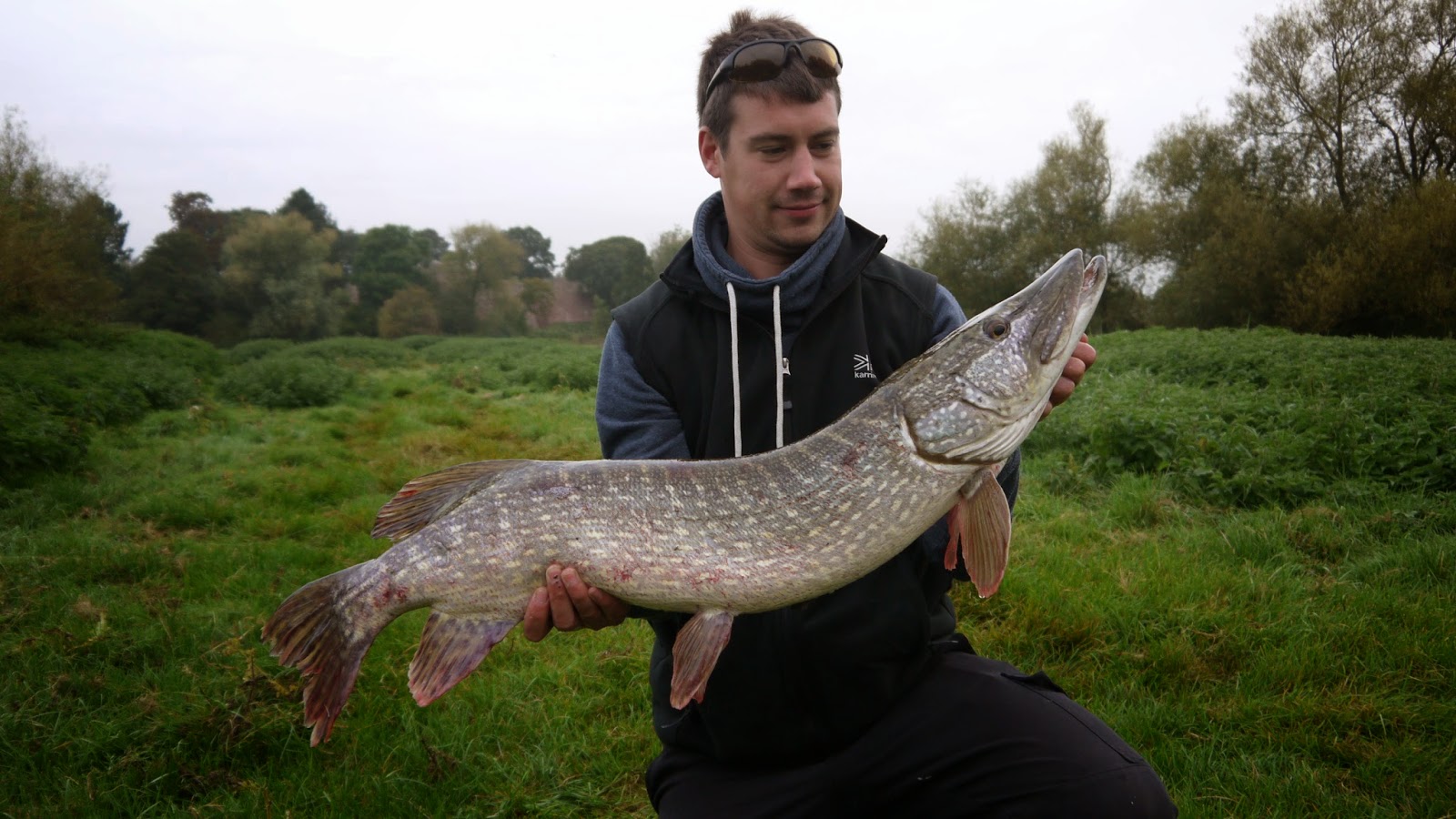 My first bash at the Wye monsters back in September provided me with this stunning 14.12 Esox but a return visit will hopefully allow me to find some of the much larger residents. 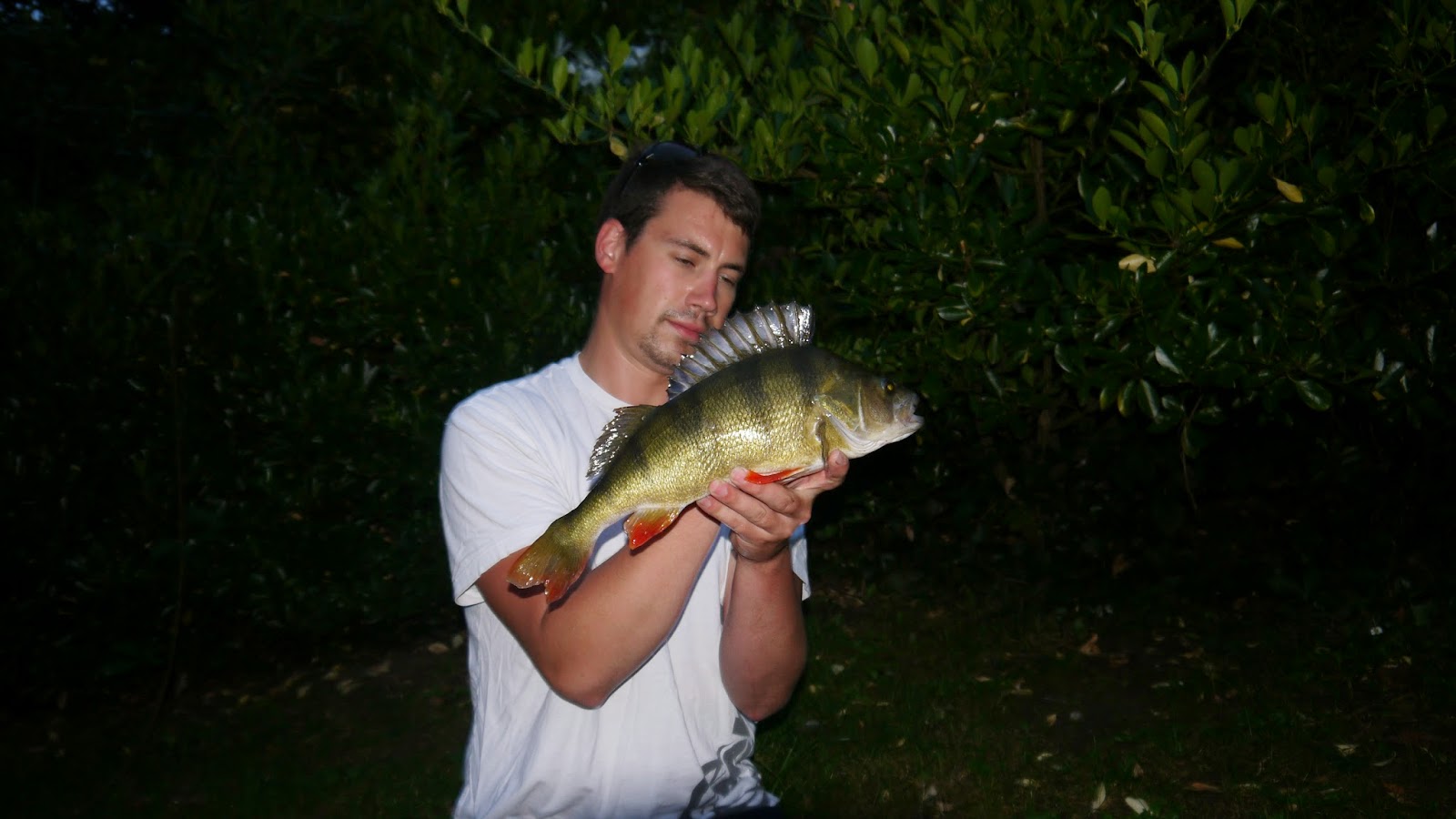 This soldier of 2.8 was one of five 2lb plus Perch caught in a spell of a month and such a defiant pose was put on for the camera. 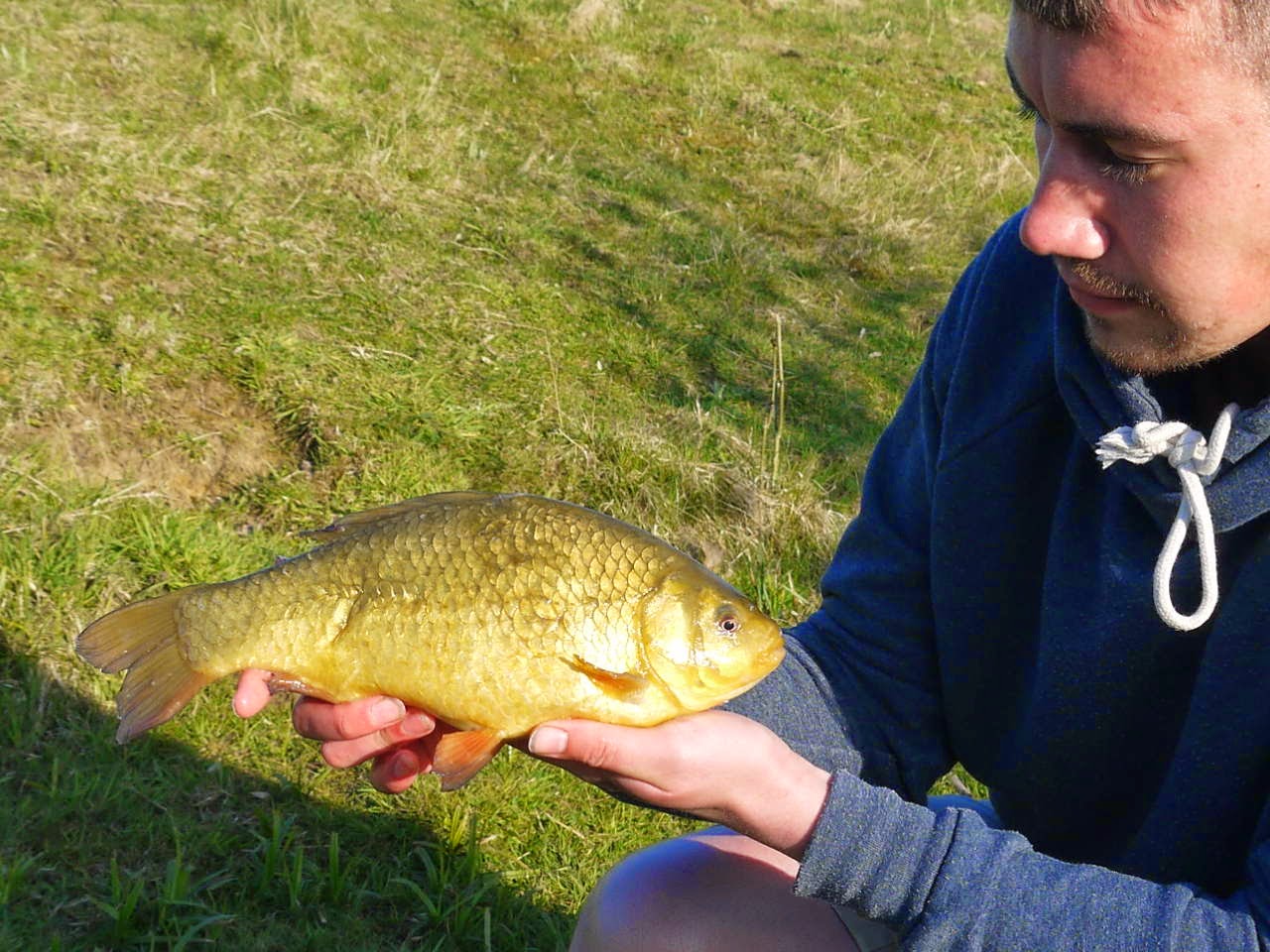 A near 2lb Crucian Carp, arguably the most tedious species of fish you could target but very pretty fish. 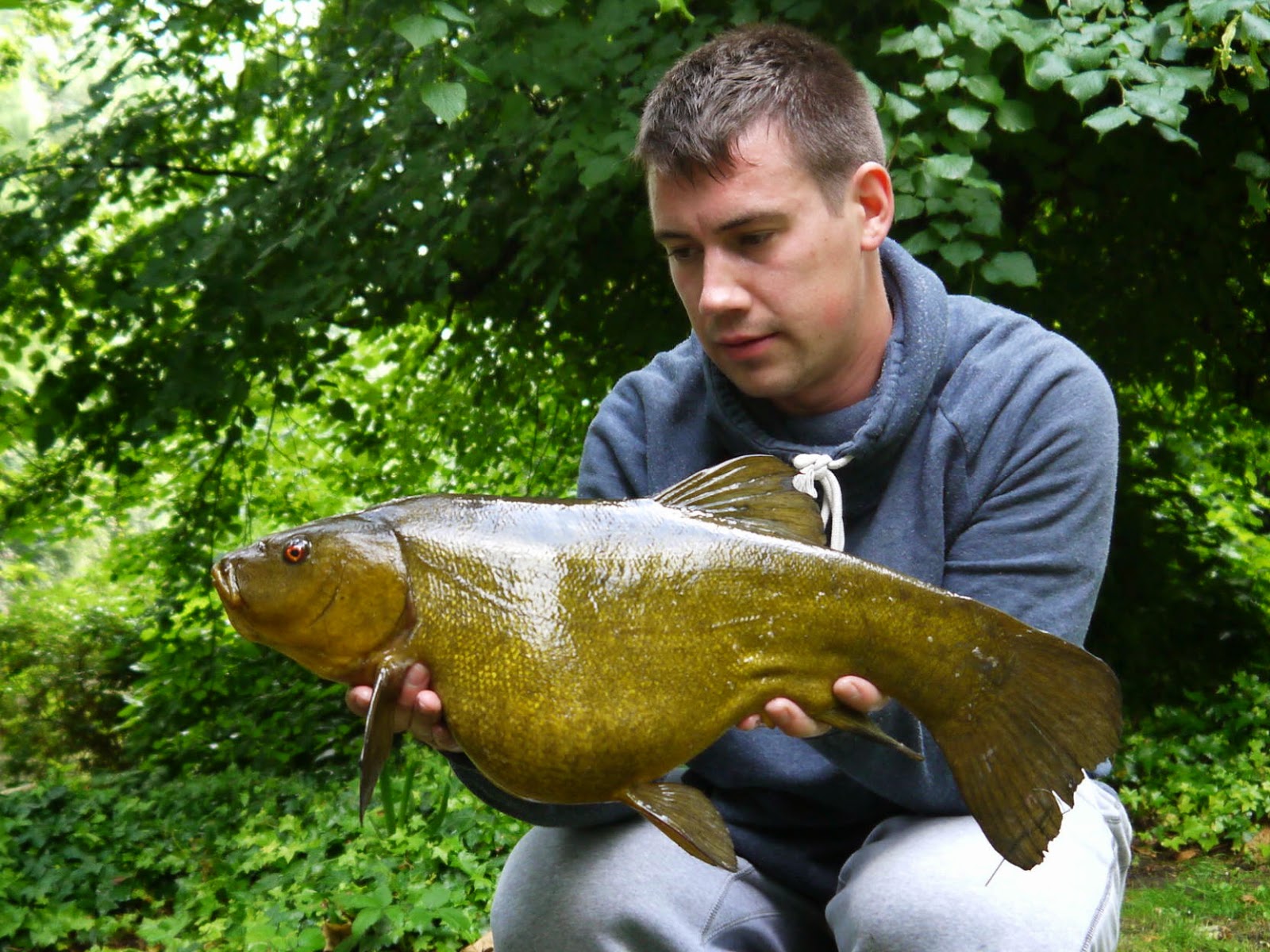 My personal Best Tench of 8lb 3oz caught on the morning I went on holiday, this fish was a massive surprise and on that morning I did also catch a 7lb 5oz specimen half hour later. 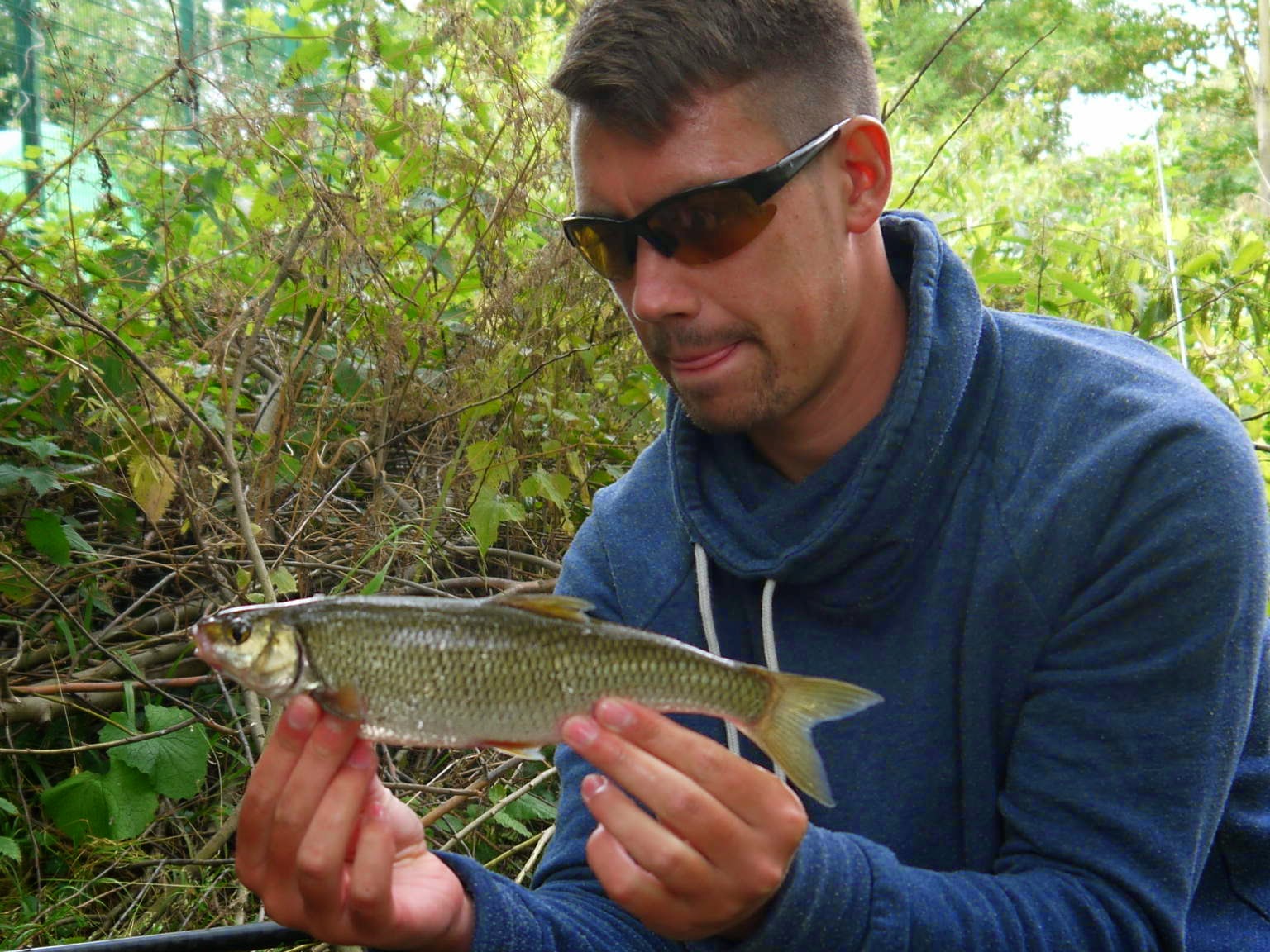 A pristine monster Dace of 14oz, which was caught in July whilst targeting Roach, Dace this size are very hard to find and well worth a spot on the specimen wall. 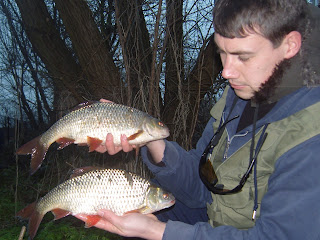 This brace of Roach is part of one of the best sessions for Roach I'd had so far, these 2 weighing both over 2lbs. 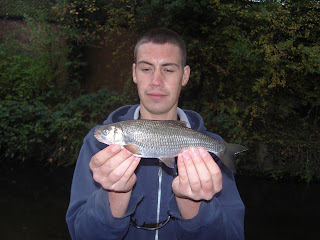 A very large Dace caught on one of my local rivers, this specimen pictured weighed 1lb 1oz a large specimen, but again not the largest I've caught but unfortunately no pictures exist of my PB. 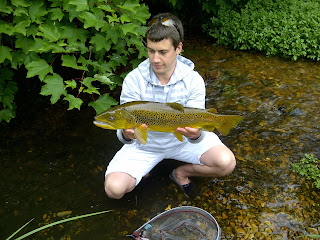 One of the highlights from my 2012 season, a magnificent wild Brown Trout of 5lb 12ozs caught on the fly back in June 2012. 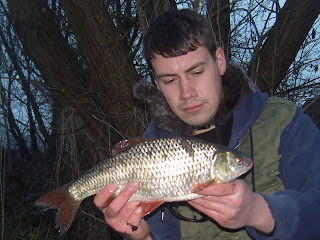 My largest Roach of the 2012-13 season, a 2lb 7oz redfin is a highly sought after specimen and extremely happy to have caught a handful of these in my fishing career so far. 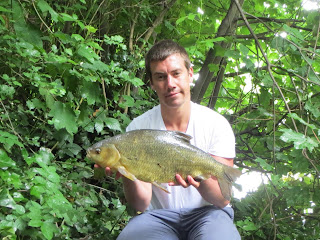 My most recent addition to the specimen wall, this Roach x Bream hybrid of 4lbs 13ozs was caught whilst stalking for Carp in June 2013. 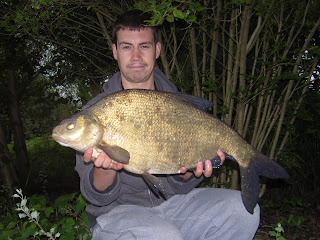 My personal best Bream of 10lb 14ozs caught back in 2012 whilst Carp fishing. 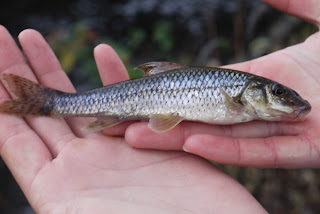 A specimen Gudgeon of a shade over 3ozs, I have had larger fish of British record proportions but unfortunately not got pictures of. 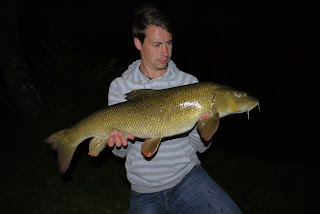 My current personal best Barbel of 14lb 6ozs that I caught at the top of the pipes swim on the Hampshire Avon Royalty Fishery in September 2012, easily the biggest Barbel I'd ever seen. 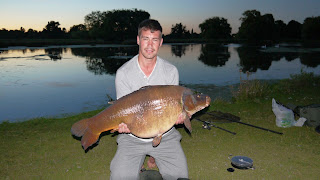 A new personal best Carp of 35lb 8oz caught off of one of my ticket waters, a beautiful specimen Leather Mirror.