Since the season ended most if not all the anglers that frequent the banks all disappear to pastures new or hide the tackle away for 3 months, but over the last couple of weeks I have been walking the banks in search of Barbel and their movements and any other fish ie, Carp, Pike, Chub and the small shoals of Roach and Dace, but also the River is'nt just about fishing or fish, its also about looking after the river and keeping it clean and removing litter, for example scaffolding poles, trolleys, prams, tons of debris (plastic bags, santiary items, gravel sacks, milk crates and carpets), this river is such a gem in the middle of an urban choas yet a minor amount of people treat it with such dis-regard which is a shame for it produces some amazing sport on its day and could only wish that more and more people looked after it.

Over the last week or so, me and a fellow angler Stu and a cameo appearance from the man behind pike blog (Brian), we have been clearing a stretch of river that has been neglected for a minimum of 11 years and had built up an almighty amount of detritus that was covering a lovely gravel run with good depths and a very swift flow which I know will hold fish and other animal life in, with about 22 hours of hard graft in total we managed to clear a 30 meter stretch and reveal a perfect habitat otherwise hidden under piles of rubbish, since then we've had a spate and its cleared all the beds of silt out and we have planted about 15 runs of rannuculus to hopefully grow and give fish a hiding spot with a slack created on the far side of the section to allow smaller fish to escape the spates in the future.

A couple of pictures of what came out and how it looks now. 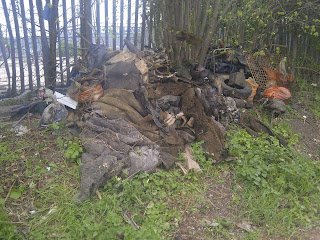 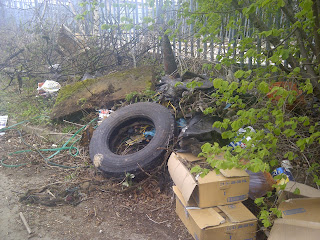 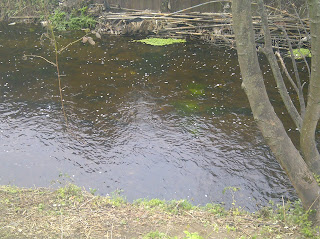 The main reason of course though, the future!
A baby Barbel of about 4 inches, last years spawn.﻿ 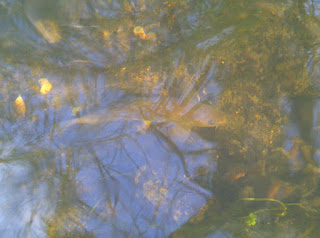