If anyone is familiar with the game "Borderlands" then the title of this will give you a good idea of what idyllic surroundings this small disused clay pit is set in and feels like. A scent of danger does permeate the air, what with the various foreign objects littering the margins and indeed the middle, along with the obligatory disposable barbeque scorch marks!

My number one task here however is to see what fish call it home, never to turn a good opportunity down I walked it one morning to get a feel for what morning conditions may throw up and to my excitement a few carp seemed to show themselves in a sheltered bay and in the teeth of the wind on the surface which I found to be quite unusual but carp can't be second guessed as to what they may do or where they will do it.

That morning I saw a white and black bird on the far bank margin and when a couple of Mallards spooked it she came over my head and it dawned on me what it was! An Avocet! to say I was shocked would be an understatement. Never seen one before and its not a place I thought I'd see my first. You never know what will happen next.

I was champing at the bit to get back down and a couple of days later I slipped down at first light and started where I saw numerous fish and threw out a few dog biscuits ( larger ones on this occasion owing to the wind strength as the small ones were drifting far too quickly into the windward bank ), for this I use these. 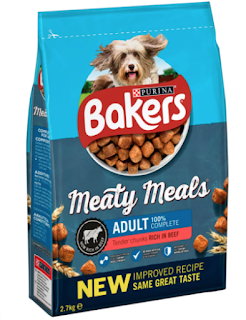 These are a decent size and stay on the hook fairly well or banded even better, plus they let off a nice little oil slick which fished in windy conditions has the same effect as when fishing oily pike baits and the ripple seems to not effect the baited area giving you a clear sight of your hookbait (however, any windier and the effect is lost). I had another errand to run in the morning so I had about an hour or so before shooting off.

An hour it would seem is all I needed. Carp started to find my biscuits within 20 minutes and as each biscuit went I got even more excited. Given the gusto within which the biscuits were going I flicked mine out with a size 6 Korda Mixa hook, side hooking the biscuit as I forgot to pack mixer bands and drew it back to the feeding area. Just a few minutes past and as a procession of common carp drifted in and out and in again a carp eased up behind my mixer and slurped it in without hesitation. With no line in the water whilst they got confident really helped.

I watched the carp close its mouth and I struck firmly to pull the hook through the mixer and set the hook, it was on! Not to tempt fate I didn't set up the net so I ended up playing the carp with the rod jammed between my legs on a light clutch, done it many times before so it wasn't a problem and within a couple of minutes a lovely dark mirror carp eased over the cord. For possibly ten to fifteen fish that went through my swim I didn't see a single mirror so it was actually a nice surprise. 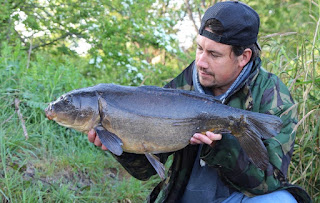 Not a monster, weighing 14lb 4oz and probably older than myself, built like a mini torpedo.

I didn't get any further enquiries and that for the morning was that. But a success all the same and back to it soon I hope for round two.
- May 22, 2020 4 comments: