During the last three weeks I've been watching the weather like a hawk for the potential of some rain, with Chub in mind and the knowledge of some areas now where large specimens are residing I simply want the conditions to be in my favour. 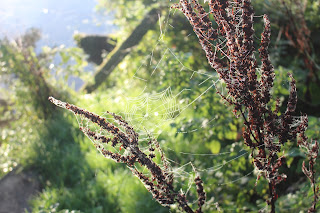 Friday morning came and the forecast was bright sunshine and wind......just the conditions you do not want. Seeing as I and Brian had a few days fishing planned we carried on with the plan, we were Stour bound. It's a long river and packed with holding areas, a very difficult river to work out, the lack of opportunity to fish it and learn it faster is working against us. When it happens I think it's going to happen big time, in the mean time I will catch their offspring.....

Over the two days I only managed two Chub both over 4lb ( 4.13 & 4.9 ) but not the big ones although we did see them. Specimen's of over 6lbs could be seen flashing in and out of the vast banks of weed but were uncatchable, at one point a good fish of 5+ did nail a huge slug that I put on but unfortunately when I struck I somehow hit fresh air, that turned out to be my best chance over the trip. As the Chub fishing wasn't going to plan we both decided to fish for some Grayling on the way home to banish our Chevin blue's, two hours later and we caught nearly 100 between us, the fishing was crazy and I had a number over a pound with the best at 1.4, not monsters but very good fun! 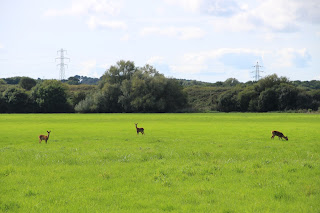 Over the two days I also saw a lot of nature at its finest, not to mention standing right next to three Deer curled up in a bush, as soon as I turned to continue trotting they bolted into the field behind, amazing to be so close to nature, in the evening's we were met with the chorus of Tawny Owls talking amongst the trees and the odd rustle of grass behind me which was probably Hedgehog's but they remained unsighted. Part five will soon be planned, just need the Chub to conform. 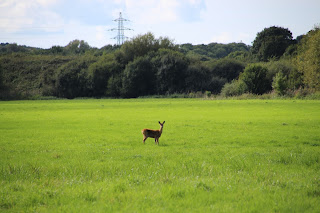 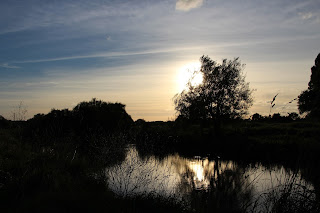 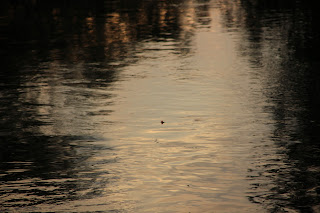 Email ThisBlogThis!Share to TwitterShare to FacebookShare to Pinterest
Labels: chub, grayling, In search of monster Chub

Flashback: Specimen Barbel on the Float.


Catching Barbel on the float is an awesome way to target such a majestic creature, I have for many years caught this powerful species in all kinds of conditions and throughout all the seasons, trotting bread or meat during the summer to trotting in the coloured waters during the winter floods, it is a great tactic that does deliver plenty of Barbel. If I targeted Barbel thoroughly during a season I'd like to think that catches would be consistent.

The best Barbel I've caught on the float was a stunning 13lb 12oz specimen, here are my memories of that fantastic day.

It was a very chilly December morning, the sort that when you open the front door you realise it's even colder than the condensation on the window suggested, I remember it taking me quite a while to pluck up the courage to finally leave, the sun still hadn't broke the horizon and I was already on my chosen venue. After a short time in trying to setup my rod battling the frozen hands I managed to get a bait out, to start with I put out a ledgered bait in the margins as the river was thundering through due to overnight rain which put a very healthy tinge to it. I felt very confident that I would muster an enquiry but after an hour or so in a couple of swims the quiver-tip remained motionless.

By the time I decided to change over to the float it was daylight and I decided to put a huge chunk of meat on and run it down a crease off the far bank, it's a tactic I love to use as Barbel often sit just off of the flow and intercept food that comes through on the current, the first cast went through with no enquiry but the second cast was a different ball game, the float moved through swiftly and it got just past half way down, then it happened, the slip of the float that would change my Barbel fishing for good. The take was unassuming but as soon as I made contact I immediately knew it was a big fish, for over five minutes there was a very healthy bend in the rod and the centre-pin melted on a number of occasions where the fish I was attached to had no intentions of surrender, I on the other hand had other ideas, bearing in mind I still hadn't seen the fish all I could do was prepare myself and no sooner I put the net in the water in readiness she broke the surface and was met by the frame of a very big fish.

Once I got the large head into the net I struggled to get the rest in but after three attempts I had bagged myself a very good fish, a quick phone call to Stu was made and he was only to happy to come along and witness such a good Barbel, this beast is still my best on the float, it was a fantastic experience and one I look to emulate time and time again.

Summer Barbel: Rumble in the Jungle.


Stalking Summer Barbel has to be one of angling's greatest aspects, locating fish gliding across sand/gravel runs and playing hide & seek in the numerous clumps of weed really brings the hunter out in an angler, walking miles before seeing the unmistakable shape of a big Barbel is part of the thrill, still there is always a nagging feeling in the back of your mind you know you've probably walked past two or three dozen fish before seeing the one, isn't it fun?. Before the rains come in late September to wash away the already dying off weed the Barbel have so many places to remain out of sight.

I have over the course of the last two weeks moved house so things have been a little up in the air whilst we get sorted out but I have managed to do a few scouting sessions, armed with a rod I've got myself in a couple of swims and fishing has been pretty good, to date since I started back in early September five Barbel have come to the bank in six trips, two of which came yesterday in the form of a stocky 7.9 Barbel and it's slightly bigger sister of 9.11. Not bad for 1-3 hours flying visits but it's clear that not much else is needed, when the rains do come I fully expect catches to improve and I will make a concerted effort to be knocking about when they do come, coincidentally talking about the weather, the two Barbel I had yesterday came as the mercury broke the 31c barrier, 31.2c to be precise which is crazy! it's mid-September.


I have my eye on some big fish over the coming month, I have seen them so I hoping they slip up. Only time will tell........


On the Barbel front I have tried a couple of new areas when the opportunity has arisen, recently I have had them to 10lb 2oz but since that fish things haven't been plain sailing. The new areas that I have been targeting haven't really provided me with the outcome I was hoping for but it's still early doors, I can only hope that as the night's draw in and the temperature drops slightly will the Barbel really come on and catch rates improve.

Tuesday evening I fancied a jaunt up river to target a couple of areas that I don't usually fish as access is very poor and when the rains come the banks are treacherous beyond belief, seeing as the conditions were mild and clear it was all good to go, Mr Barbel joined me for my short session for a little bit of moral support, really the idea was to have a good cameraman/ghillie on hand should he be required. We glanced over a couple of likely looking areas with the intention of fishing and proceedings looked good quite early on as I had a decent take off of a far side glide, the culprit at first felt like a small Barbel but as it approached the tell-tale lips of a Chub came up, not the target but at least it wasn't an Eel.

Seeing as the Chub were active I thought it was time to move, recent cutting of weed and trees has made some areas fairly clogged up where they hadn't been removed yet so certain places were out of reach but this gave me the perfect opportunity to try a couple of other areas, so bait and wait was the aim of the game and after a quick response on the first cast I was confident that a fish would fall foul.

I didn't have to wait long either, twenty minutes or so had passed and then out of nothing the rod slammed over and down the bank, had to be a Barbel and the beginning of the fight suggested it was although when fishing at night it's hard to put a size on it, I was thinking that it wasn't a big fish due to the flash of it's underbelly in front of me but then it lunged again upstream for a bank of weed and I was powerless to stop it which is one of the reasons why I love to target Barbel, when she finally gave up and it slipped into the net we both revised our predictions north of 9lb, she was a decent fish and looked pristine.

After a couple of photo's and a ride on the wheel of fortune she sat in the net getting her breath back and then slipped off into the night as did I, all done for another trip, great fun.
- September 03, 2016 1 comment: