Pastures New, Tales of Lost Creatures in the Night.

Having spent many years trawling through what were local rivers to me I am now starting to target something a little different and have set myself something of a marathon target, that I shall touch on later in the blog.

Given my proximity to a few rivers that may provide something of a different challenge to me I have decided to give them a go and see if I can catch some of the larger specimens that inhabit these rivers. The target for me is of course Barbel and my hope is that I can locate and catch double figure fish. With limited access and knowledge of these rivers it really is a work in progress and first up was a freezing cold night two Friday' back as I set about trying to bag up a fish on my first go.

Under the stars and a murky river my hope was pinned on a very smelly bait with a small PVA bag glugged in some very potent stuff to do the work as locating fish in the pitch black was not an option. Nearly seven hours had passed before calling it a night and headed back home without a touch.

So with that I decided to get back out as soon as I could, but given the good conditions dwindling I had to get back out sooner rather than later and chose another river, again in the pitch black I wasn't giving myself much of a chance to learn anything, only relying on basic watercraft and hope that there might be something local and feeding. After setting up, using a 18'' 15lb hooklength, size 8 hook and 2oz lead I flicked a single Garlic Nimrod boilee into the flow and hoped for the best. 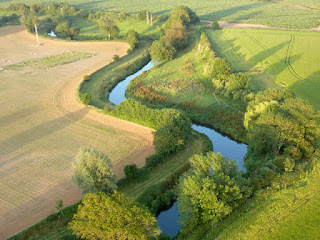 Twenty five minutes drifted by fairly quickly and got a little peckish, so as I reached into my bag to grab a bag of Wotsits my centrepin absolutely raged off! the rod thumped around and the nightlight was perpendicular to me to begin with, by the time hit the fish the nightlight was way downstream obviously attached to the rod, I nearly lost the rod! even with a pin.

A big fish clearly from the outset and I was trying to remain calm as much as possible, no other fish was capable of such vigour that was present, so I knew I was hooked into what was possibly my target, so I played it as carefully as possible, but not knowing my surroundings this was counter intuitive. Plenty of rod tip in the air, plenty of side strain at times to as it kept powering off to the far bank margins and on the third attempt of the fish trying to get there my worse fears were realised when the tension just went.

As I tried to retrieve my hooklength a branch came along with it across the surface, the fish, clearly not wanting to come in transferred my hook to the branch and vanished, I was obviously gutted and didn't get to see what it was owing to the coloured water, so my mind is still, as I write this playing tricks on me and how could I have changed the outcome.

Changing my hooklength and resetting I got a bait, back out in the same spot, this time I was even less optimistic given the battle I had just experienced, anything within 50 yards was probably long gone.....just over an hour had passed and I had carbon copy take! Another brutal take had me in full panic mode, my headtorch went straight on to try and see the culprit, but again, in the murk I could see nothing!

Knowing what had happened just an hour before I really put the breaks on this fish, 1.75 Tc rod was bent hard, palm on the spool of the pin and the fish was still giving it hard! twice I managed to turn it and as the fish headed downstream I began to breath a sigh of relief it came back upstream so fast I couldn't keep up and it went straight over to the far bank and done me on the same sunken branches as the first one and on that powerful run, it proved to be the last, just when it was probably just a minute from netting, the line, once again went slack and the fish was gone. There was literally nothing I could do, to lose two fish in my first hour and hour on a new river to me and both felt really big, this particular river does fish over 17lb and who knows, I could have contacted one of them. Gut wrenchingly difficult to accept and never have I experienced such extreme shows of power from Barbel before last Tuesday.

I was so compelled to break my duck given those two lost fish I got my gear in the car the next evening and shot straight back down, unfortunately for me, I didn't receive a touch for 4 hours, I called it a night at 2330. I will certainly be back!

As I mentioned at the top of the blog, I am setting myself a challenge which I know will be over the course of a few years and not something that'll be achieved overnight. That challenge is to catch double figure Barbel from 40 different rivers across England, something of a marathon and not a sprint, very early doors at the moment, but will hopefully gain some traction once I can get some time on the bank.