Anytime spare over this winter is going to be used primarily to target Pike, Perch and Zander. I know over the last few weeks I've been rambling on about these toothy and sometimes vicious fish but bar last year I had not attempted to catch any of the above, I have some great waters to tackle that won't be easy I suspect but I hope some red-letter-days will come around and I purchased a lot of lures with my 27th birthday yesterday the other half has bought quite a few lures too. 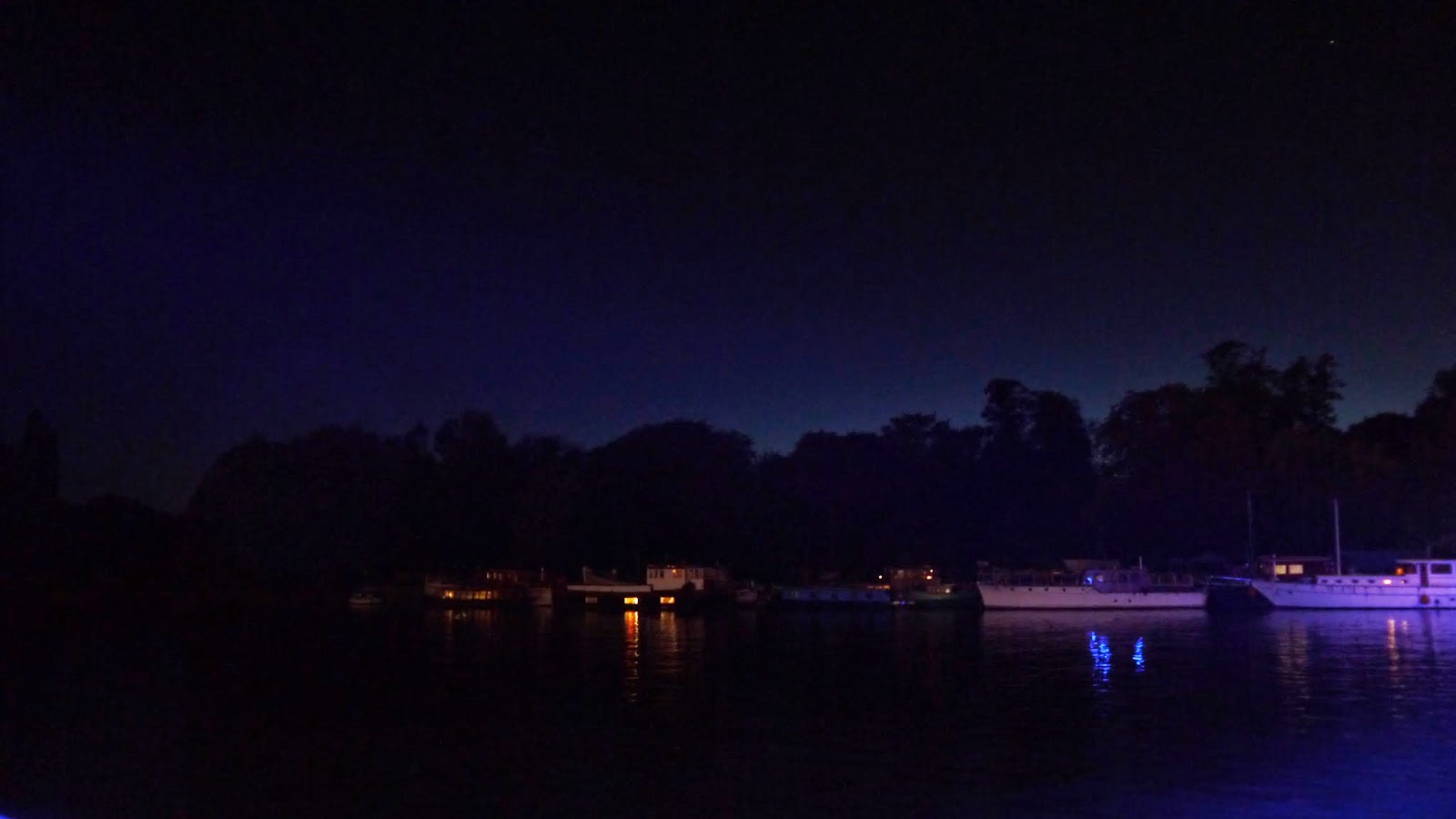 A big mix of Rapala's, Storm lures, Yo-Zuri divers, Spro's diver's and surface lures, a couple of pack's of Mepp's spinner's and spoon's, this lovely not so little collection has cost a bit but I hope that it will chuck up many quality predators on rivers, lakes and ressy's. I did however pop out on the late of afternoon and dusk of my birthday to see if I could contact a Pike on a selection of lures, I did get that hit I desired and on 15lb line on a 6ft spinner rod it was fantastic fun, five minutes I had this Esox on for, which was roughly 9lb just about ready for the net when it inexplicably coughed my 8'' lure, a few expletives were aired before I carried on to try and find another but only a couple of subtle taps were felt before it was too dark to fish on, but this lure below was particularly of interest. 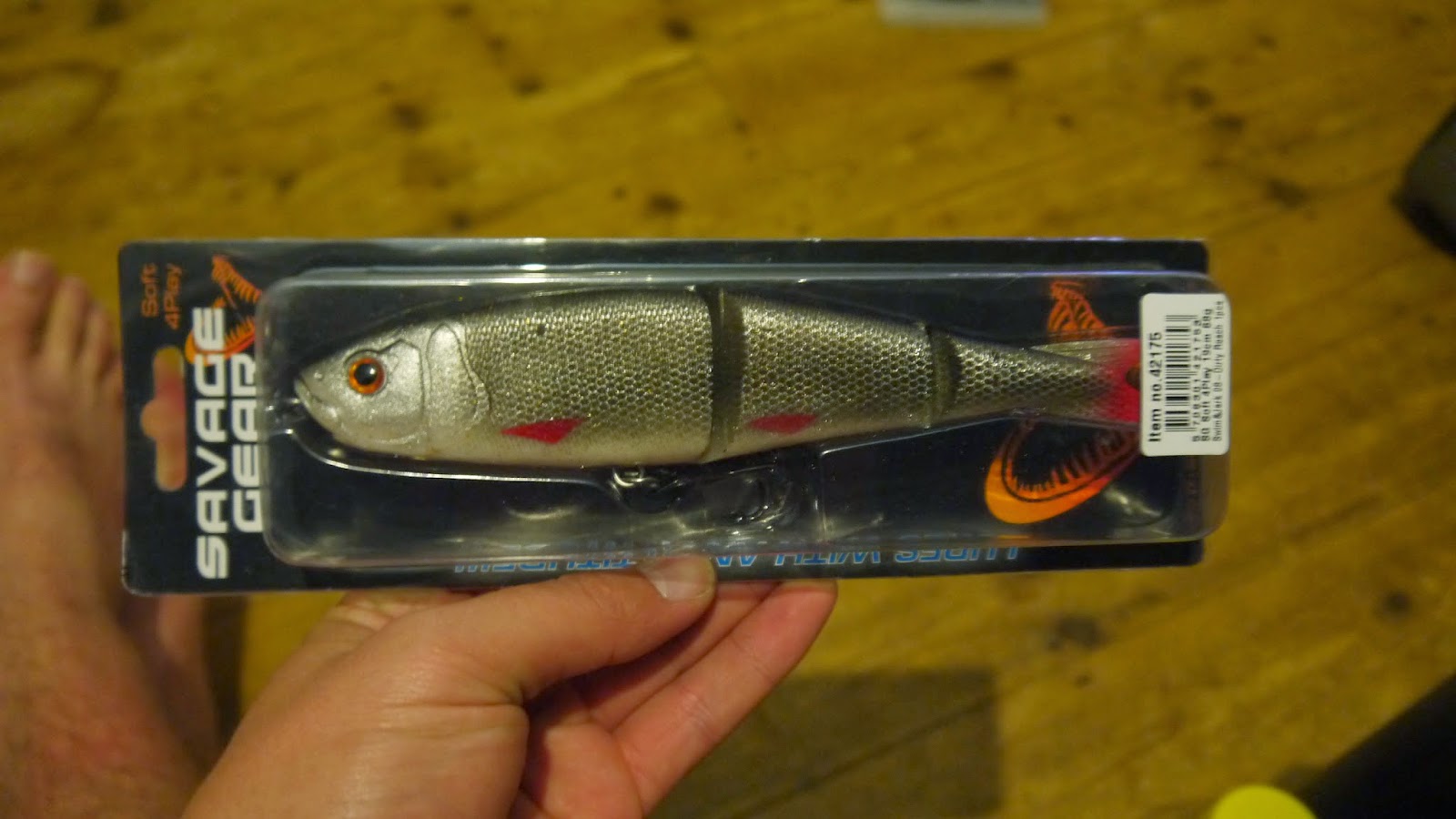 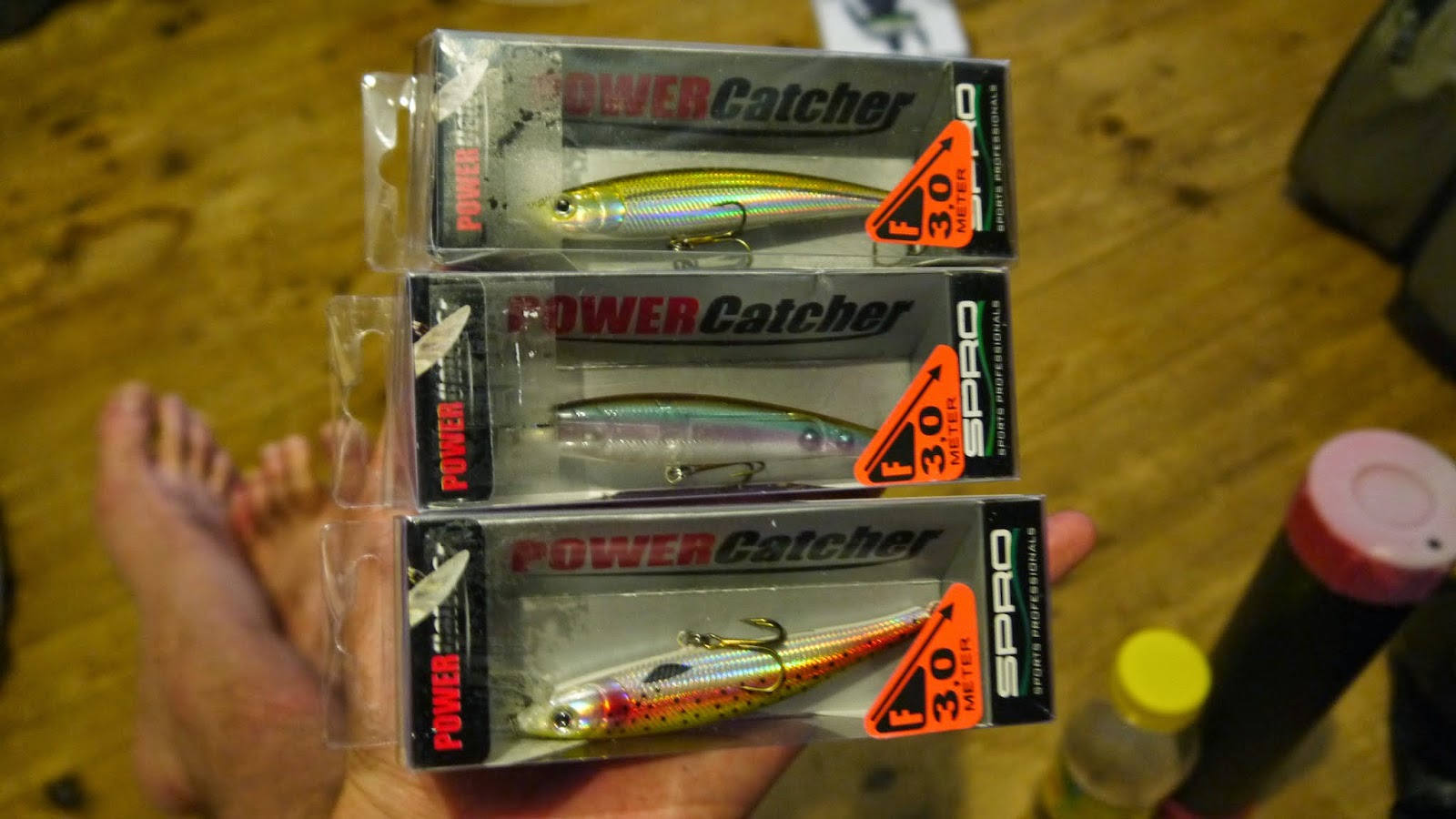 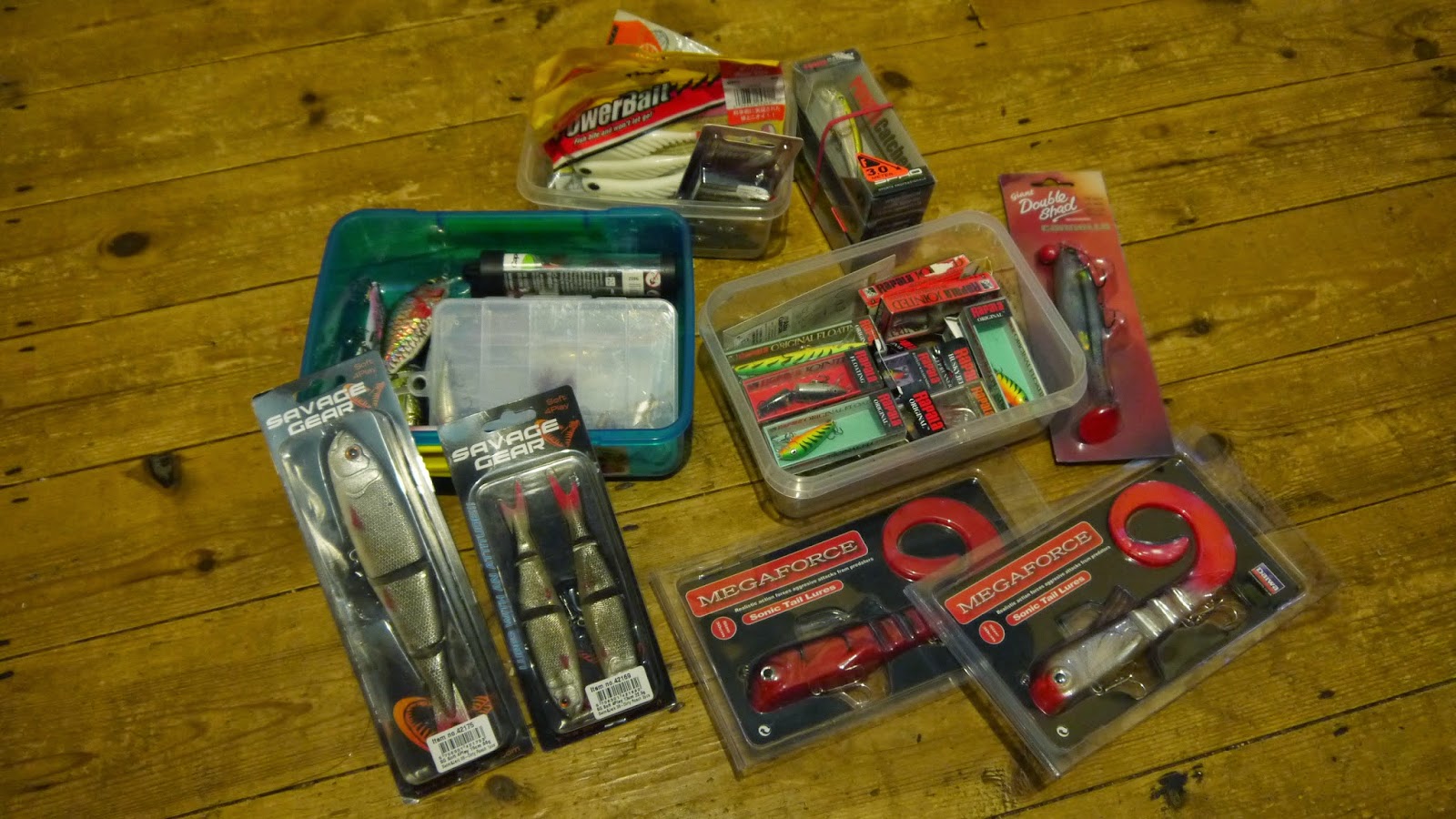 And this little box was inherited from my other-half's granddad who coincidentally was a very keen fishermen and I have acquired quite a bit of tackle, cane rod, centrepin's, boxes, reels and this gem of a Pike set-up which after a bit of research I think is from the early 1950's at the latest but an exact year can't be determined but all I know is that it is old!, I have the dilemma of whether I should use it or not. 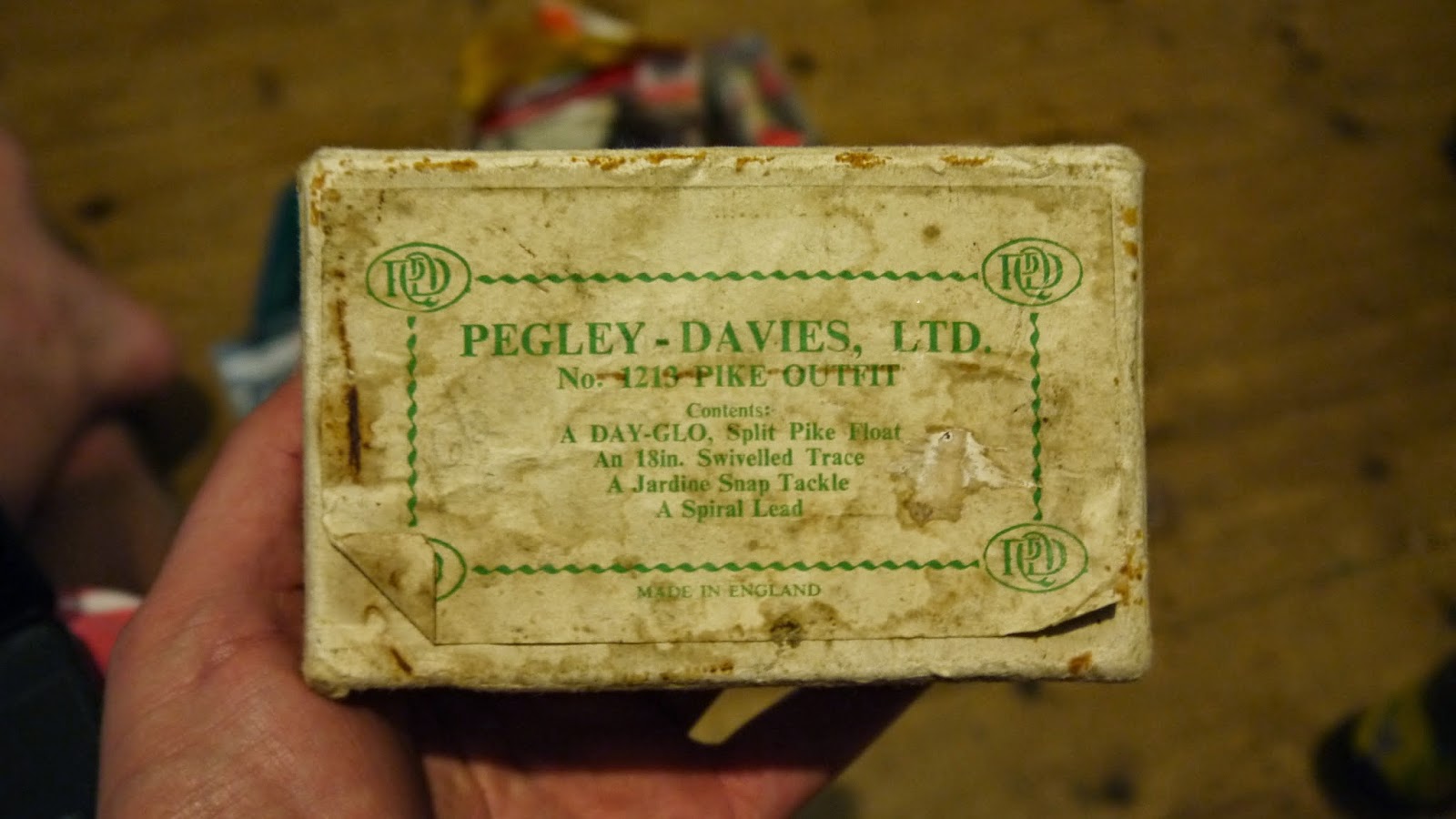 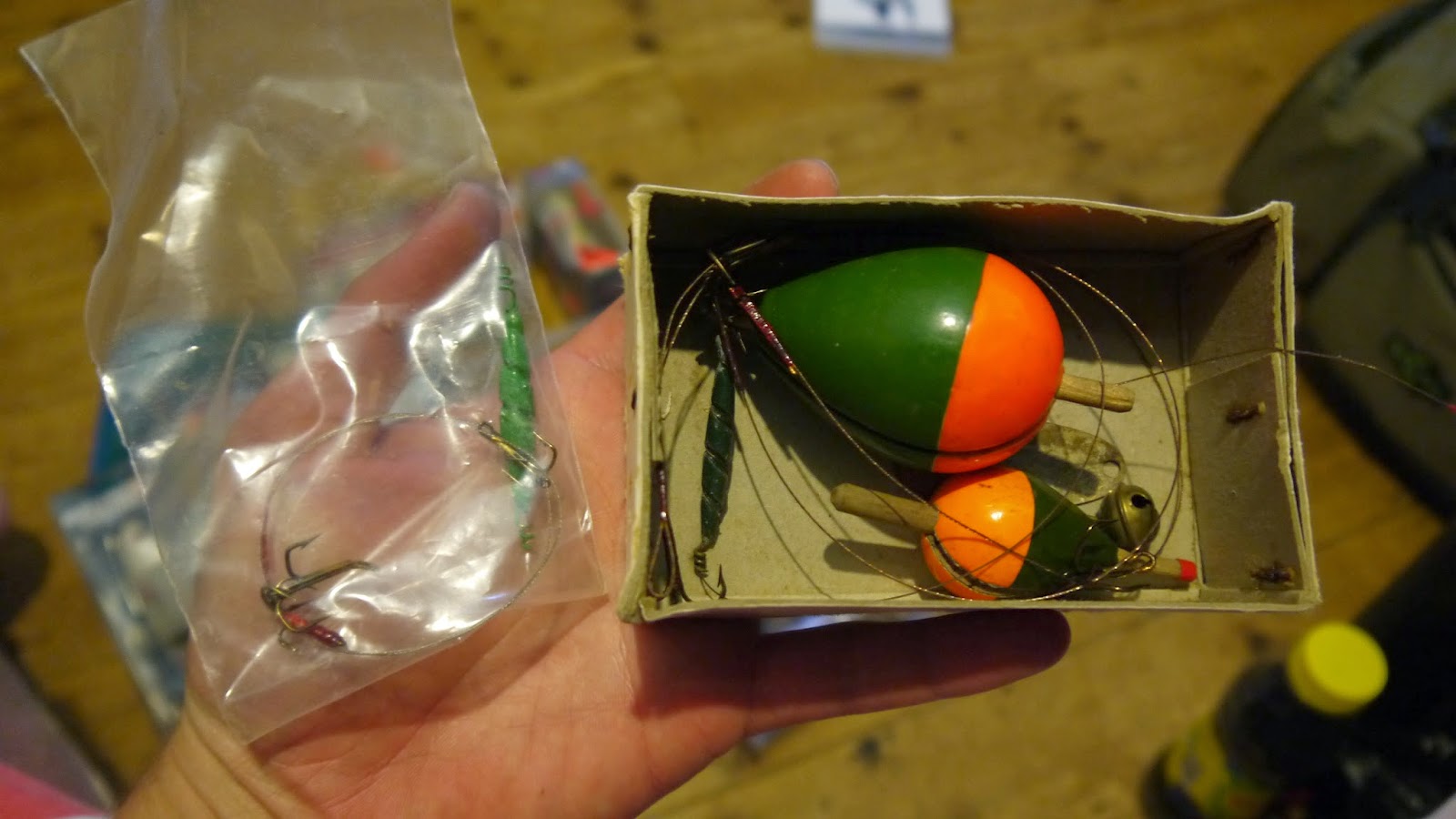