Since my trip to the Test last week where I was catching a number of pristine Grayling in fairly dour condition's I really wanted to get back down and experience that squirmy yet very powerful fight, I have enjoyed fishing for them a lot and I think it is down to three things, very limited amount of rivers hold them, secondly the larger ones seem to be difficult to catch thus providing me with a great challenge and lastly the Grayling are stunning creatures.

I had watched the weather constantly and although things didn't look good I still went ahead with the trip as planned, I knew with a whole night of rain that the river would certainly be coloured up and probably slightly higher than last Saturday, when I arrived at a little past dawn this was the case and I know the Grayling like to feed in clear water so it was a case of trying to catch some fish and if the Grayling were to come along then great stuff. 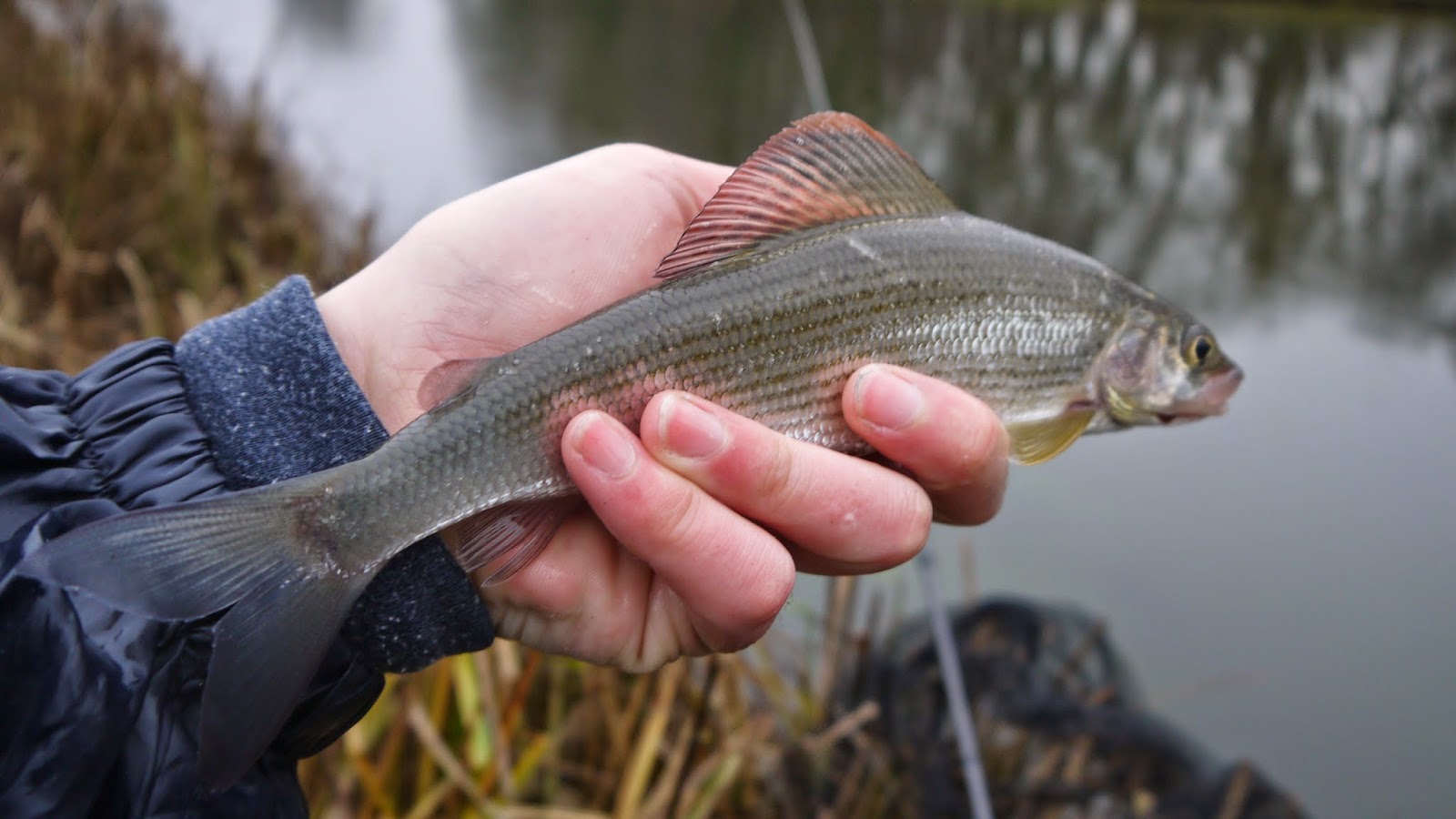 It took quite a while to find the Grayling but the Trout were putting in a shift as usual, a number of Rainbow's and Brown's to very decent size were blitzing my swim every time a Grayling would appear the glide would be thrashed to a foam again and taking god knows how long to get my targets feeding confidently, the Trout were causing problems - as many as a dozen Rainbows to roughly 4lb, four or five Brown's to about 5lb and two Sea Trout both about 2lb were dominating everything, but within the first 4 hours I had 8 Grayling with the best at 11oz.

I moved swims constantly to try locate the fish but the colour in the river was killing the sport as bites virtually dried up altogether, so I headed to a carrier which was carrying a tinge of colour but was still fishable, this move was to save my day and a further 9 Grayling were caught with my two biggest at 1.6 & 1.2 which were both caught as the sunlight started to fade, trotting over depth allowed me to bump my bait straight into the paths of hungry mouths, a tough day but it turned out alright in the end but I would love to fish it when it's CLEAR.
- January 03, 2015