This season has been probably my best in regards quantity of big fish, although the Pike and Perch have eluded me thus far and with time quickly running out I don't suppose it will happen either so I will probably pick up where I left off next season. Barbel though have featured a fair amount this season and for good reasons too as they aren't the easiest fish to catch but the battles are impressive and I headed out recently to seek out some of these hard fighting fish.


The conditions were absolutely perfect for fishing and it was clear that the fish were in an obliging mood to feed as well as on my second trot of the day produced a hard fighting Barbel of 4lb or so which was quickly followed up by a 5.5 torpedo, I was on the river by sunrise and by 7am I had already two Barbel gracing my net, a cracking start to the day and as the morning progressed it just got better and better , the fourth swim of the day threw up a sturdy Barbel of 6.3 which wasn't the largest in the swim but it remained very nervous I reckon that the biggest was around 9-10lb which would have been very nice to get connected with - but after sticking around for another 15 minutes it was time to move.


A change of beat was made but I kept to the winning tactics and was repaid with the move as on my third swim I latched into another feisty 5lb Barbel, finding the larger fish was proving hard as the smaller more average fish were first to everything although it was great fun on my 10ft match rod, but with most swims you couldn't tell what was in them as the depth was too much to see down to the bottom. I carried on downstream where I have had success before, it wasn't long for me to wait either as I finally had a take off of a larger Barbel which put up one hell of a fight and my right arm felt numb afterwards, it took me roughly five minutes to land this fish and it hung low for pretty much the entire fight, an attribute of a double figure fish and when it came up to the net I thought it was getting close to that weight. 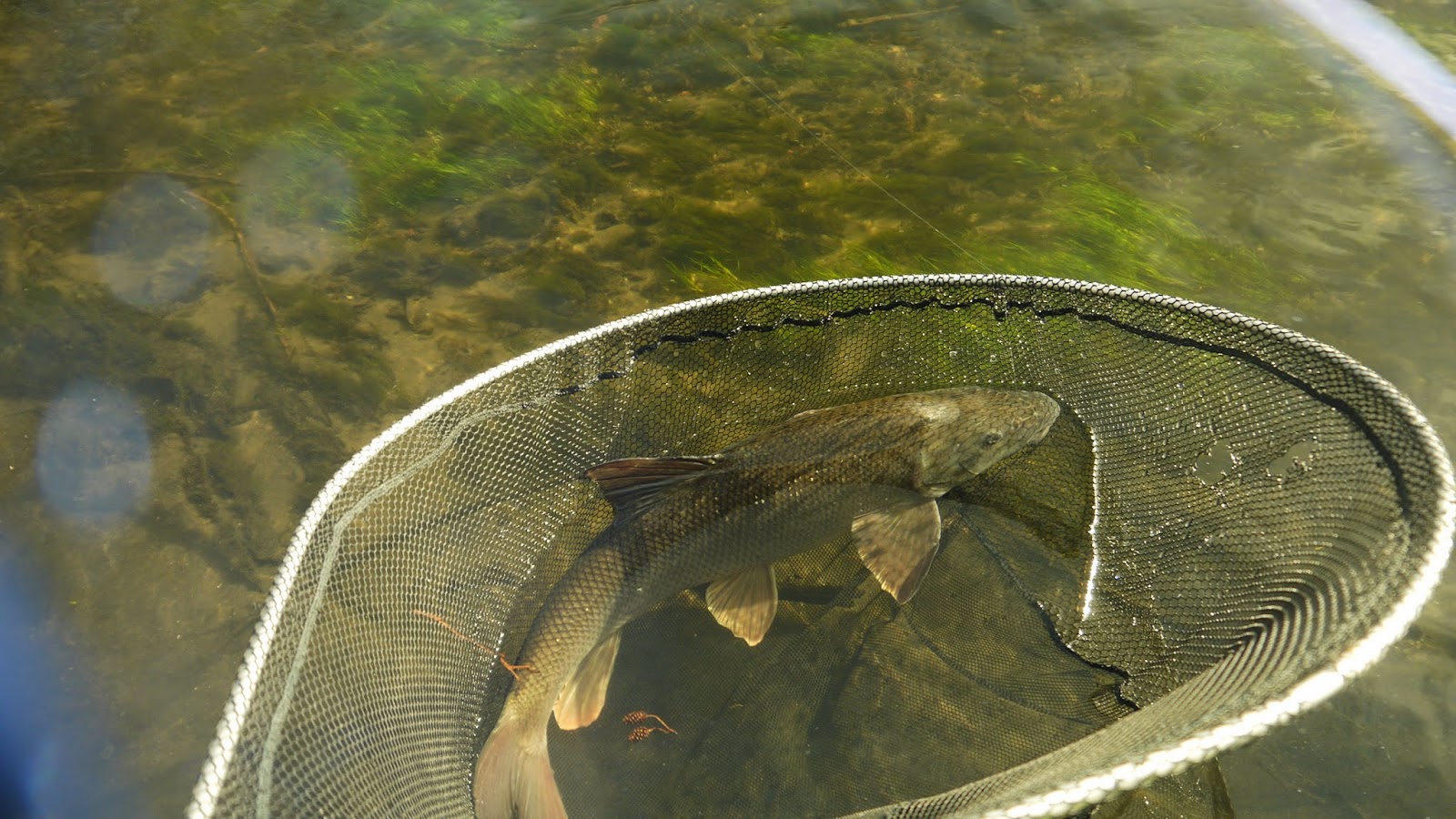 That Barbel was a proper chunky fish but lacked the length to hit the magical weight, a perfect specimen for sure, but that was just for starters as I was to hook a Barbel that trumped the 8.9 by a country mile, my bait hit a crease upstream and just hung off of the main current as it made it's way downstream towards me then the bait just stopped with a tiny pluck on my finger-tip, that was all I needed as I was sure a fish had just picked up the bait, I bent into the fish and the rod hooped over double this was a big big fish for sure although in 6-7ft I couldn't see it, play it calm and not allow it too much leeway was what I wanted to do but it was far too powerful to dictate easily, 7 or 8 minutes passed by with only seeing the fish once I knew it was a very good fish and the time had come to slip the awaiting net underneath and with a struggle she was mine, a proper battle indeed.

On the mat she looked big and when lifting her out the river she felt big too, the scales did it justice at a weight of 11 lbs 13 ozs, I was happy as a pig in shit, a proper lump of a fine specimen and that certainly made my day and it was my sixth fish of the morning and by 11:30 I had the chance to catch my seventh as a nice gold flanked Barbel was holding current in mid-river, I could not say no to another scrap and on the second attempt the fish followed the bait downstream and awaited in it's path to pounce, great to see it all unfolding in front of your eyes in gin clear water, the result was a slender 7.6 Barbel which glistened gold in the spring sunshine. With that I was done, a fantastic days fishing which won't be forgotten in a hurry if I'm certain of one thing.