The Magic of Winter.


Trotting on a river in temperature's below zero are often uncomfortable, numb fingers along with uncontrollable nasal drip are just a couple of the issues you have to contend with, but when the line can't flow through the eyes of the rod because they're frozen up is arguably the hardest, almost every cast resulted in this happening. That persisted until the sun got high enough to warm the air up, it made for a beautiful morning and I wouldn't change it for anything. The Roach were my target for the day as is usually the case, with such large fish in residence it's very difficult to pull yourself away to fish for anything else.

This season I have fished quite extensively for Roach, plenty of blanks in search of fish have been backed up by some stunning specimens and all of which I recognise that I'm extremely fortunate to have experienced such catches. The conditions were perfect for Roach but I know that sometimes the right conditions are wrong. If that makes sense. Catches have been made at times when they shouldn't have and blanked when conditions were "bang on", so I've learnt over the years to just find the time and fish for them how I know, just be there is my motto.

Being in the Test Valley the stocks of game fish are pretty large aswell, usually many are caught during the day and today was of no exception, many Trout slipped up to my trotted whatever, simply ravenous. Trout were not my target and were ruining swim after swim, just as I found good looking runs where Roach may be the Trout turned up in force, at one point I caught the same one THREE times! on the same bait. But before that no Roach were caught but plenty of Grayling to 1.11 were taken on bread, corn and maggot. Then I did find a small pocket of Roach with a couple approaching 2lbs, although I did catch a couple of the Roach around 10-12ozs I didn't manage to get one of the larger fish, then the Trout crashed the party as usual.

It took ages to find more Roach, so I decided to head to a bend I know they hang around in quite a decent number, within minutes the float slipped away as it approached a slight depression on the river bed, fish on and it was a Roach, but not just any Roach. It won't win any prizes for size at 1.04 but it was without a doubt the most awesome of redfin I've ever caught, Brian echoed that too as we both simply have never seen a more exquisite example of the species. That Roach was the highlight of my day for sure, as day turned to night with plenty of knocks on the tip that was it for me as the action didn't provide any clear cut opportunities to hit, probably just the damn Minnows playing with me. 30 odd Grayling and 3 Roach plus the loads of Brown Trout and a corker of a Rainbow was my day in a nutshell.


It is heaven though, just a shame the Otter's have done a lot of damage already, will there be anything left by this time next year? Let's hope they all miraculously die!. I'm not sorry if that offends anyone either. Complete and utter vermin!.
at February 20, 2016

Email ThisBlogThis!Share to TwitterShare to FacebookShare to Pinterest
Labels: grayling, roach, Specimen Roach, The Search For My Holy Grail

After many years of procrastination I finally got my arse in gear and hit the coast! The list of potential species to aim at was endless bu... 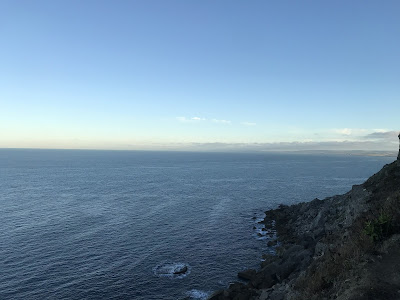