No Beginners Luck on the R.Severn.

For about three weeks I planned my first trip to the Severn, a river after all these years I am very surprised I hadn't visited yet, I had to change that. What with the rivers impressive stocks of Barbel seemingly coming out in their hoards given a poor first few months of the season and the conditions ideal for an Autumn trip to hopefully break my Severn cherry it was a trip I had to make.

With a watchful eye on the forecast the temps were decreasing all the time and catches were slowing up as the weekend approached, it certainly wasn't looking good but me being me and very stubborn I decided to stick with the plan which was to drive up to Highley around 3am to arrive in Shropshire before sunrise. 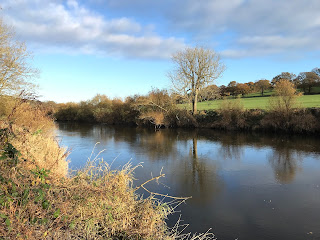 I was met with some beautiful scenery along with a pretty low and an almost clear river, it was not what I wanted to see, turning back now was not an option, in the unlikeliest of conditions Barbel do come out and big ones at that. I chose to fish the Sidings Fishery as they allow night fishing where most if not all BAA waters don't enable this, in hindsight maybe this wasn't the best plan but what did I know. 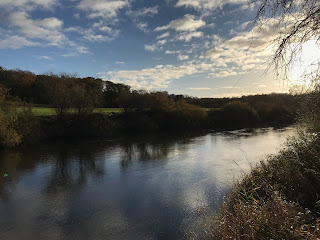 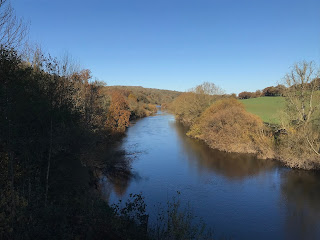 I began rolling meat from the top of the fishery and down below the walking bridge at Highley, probably a good quarter of a mile maybe slightly more and was lovely gravel runs the whole way down, deep gulleys mixed with medium paced glides with 5-8ft of water, just a week before it would have been 3-5ft more than that, most importantly the water temp was a few degrees warmer then too, again, I wasn't aware of much of these nuances and that's why this Barbel challenge is so good as you get crash courses of different watercourses and you have to learn fast, cramming all the info you can in and exhausting research avenues as best as one can prior to making the journeys, as the challenge nears its conclusion in a few years time I'll be finding journeys will be a whole lot longer and less frequent owing to family and work commitments. 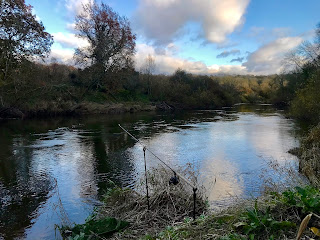 For around 3hrs I rolled the river extensively, increasing and decreasing weight and bait ratios to slow or speed up the roll rate and also changing the rolling line, probably extending the reach by 2 metres with every 4 rolls to try and work out where the fish were and whether I could get a response. But nothing. 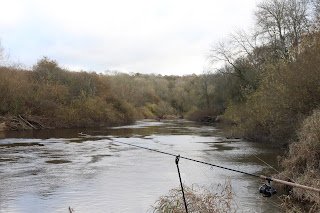 I was fishing well on the move and in better conditions I am wholeheartedly convinced I'd have caught, whether it be Chub or Barbel I would have had action. Whilst rolling around I found a couple of really good areas to fish static so I plopped myself in each for an hour and half at a time, one of which I felt had to give me a fish. Again, not a sausage. Dusk by this point was closing in on me fast so I decided to drop back into the swim I began in and fed some little bits of food in and offered a shaved down 15mm dumbbell of Big Squid. After an hour in the pitch black I had a load of leaves on the line that was making the rod nod quite a bit so decided to bring it when it went solid.

So solid it could only be a snag, oddly though when I began to put pressure on it the rod felt like it was nodding towards the river, for 30 seconds or so I questioned whether it was a very heavy fish or my mind was being duped into thinking that and in-fact it was a twenty foot log that was loosely connected to a tree I was fishing just downstream, queue the battle to drag this damn log out of the river that sodden with water must have weighed 200kg or more, I just wanted my rig back and with 12lb line amazingly I got the log up the bank half-way to rescue my rig, incredible power of that Diawa Hypersensor, it should be rebranded as shipping hauser or something to that effect. 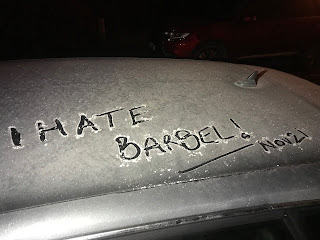 For me I had seen enough and felt compelled to make a change of venue, so I drove into Bridgenorth and met up with a R.Severn local named Rob who knows a thing or two about catching Barbel on this river but even after 5 hours between two pegs I still couldn't make anything happen, by this point it was -3c so this possibly had something to do with it......I'll be back and vow to tear it a new one, I promise!!!!