Running Out of Time.

Its been a trip that was well overdue, the Dorset Stour and an Itchen return were finally back in my plans and with an upturn in conditions it was hopefully going to be a successful trip which I was making with Brian (of Pike Blog)...3 days of bog talk and blanking was in-store for us both!

We started on the Dorset Stour as conditions were on the up after a cold spell that would have meant sluggish sport, within an hour of fishing on the float I had conjured up 4 bites, losing one that was a good Chub in the six pound bracket, missing one and landing two. Not the Barbel I was after but fish all the same, Brian set about Piking and had some success with the Jack's but the big girls eluded him on day one. 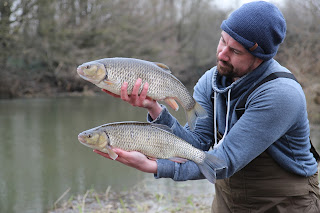 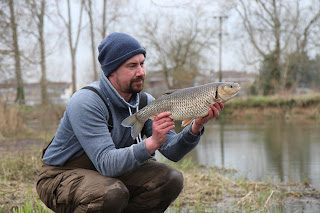 My sleeper rod during the day showed little signs of life and as the sun set and the night sky provided wonderment I hoped that dark would give the Barbel more confidence and setup using one rod on the meat and the other with boilie and paste. Within a couple of hours the tentative knocks began and soon enough a fish hung itself, unfortunately for me it was a Bream of 7lb+ not what I was after but a fish I guess.

The next bite didn't come until 0430, for me that was a bad time as I was having a little snooze and the rod melted off, in a daze I got to the rod but the culprit had dropped the bait and I struck thin air...bummer! Moral of that story is don't snooze, it'll happen then. 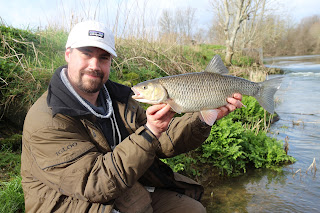 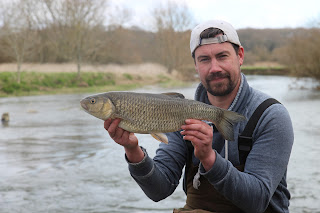 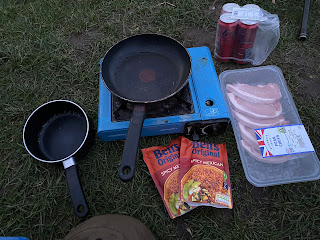 The next morning we awoke to a freezing cold morning that I slept outside in cozy in my suit wedged into my chair, my feet like blocks of ice, fingers immoveable, I needed some early morning sport! I suspect overnight the temps dropped to about 0c and I really felt it. Because of that the sport on the wednesday was pretty sluggish and apart from three average sized Chub I could not make anything happen. A change of section would hopefully breath new life into the trip for us both, unfortunately this wasn't to happen for me as my only enquiry over 6 hours was a very attentive Eel that kept coming back for my ledgered meat, and after an hour I gave up and we made the drive down to Southampton to fish the Itchen where I hoped to find a large Barbel to check off this river that has been very tough and having packed up the following morning we were Bourne bound...

....quite the marathon, but yet again, I remained Barbelless and firmly with my tail between my legs I reluctantly called it a day, three days, two nights with very very little to show for my efforts. Maybe another time aye!