Brian and I had a trip earmarked for the R.Wye to target the Barbel, ultimately the plan was to play the numbers game and catch a double figure off the river and chalk off river number 18 and then move on to the Severn. Little did we know 3 weeks back when we planned these three days of fishing that it would rain incessantly for days and the Wye and Severn were up and raging.

We knew it was going to be hard going before we left, however Brian's optimism was too assured to ignore and we made the journey to Ross. 2hr 40min later we were at our destination and the river had fallen overnight but still way off the level that would be deemed good, but it did create slacks which Brian and I fished, unfortunately such was the lack of action day one ended with one 10oz Chub and a 1oz Gudgeon, not the return you associate with the Wye, but this was hardcore stuff.

Some of the storms that rolled across Wales were atrocious, 50mph gusts, horizontal rain/hail along with a few bolts of lightning and plenty of thunder made our first day pretty dire, thankfully Brian' mum and dad popped along with tea and cake to break up the monotony of motionless tips. 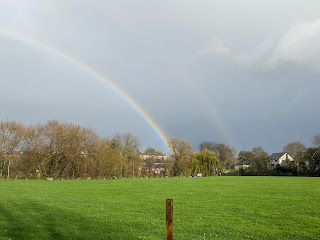 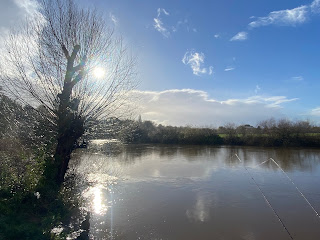 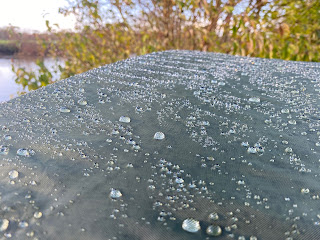 Day two and we both woke up with a pessimistic slant on proceedings as the river had risen overnight like we thought it would and rose from 1.8m 4pm (Weds) to 2.4m by 7am (Thurs) with alot more to come through aswell, the only bonus was the water temp had risen from 7.7c to 8.3c overnight, so we went and gave it a go.....two hours later we sacked it off and went to the drawing board.

That meant making the journey back towards home and dropped on our local for a couple hours to save face and glad we did as I had two Barbel, one around 4lbs and another at 8lb 11oz which produced a superb take on the pin whilst watching over the rod. After landing the eight pounder the river became unfishable as wet wipes and other crap came through, thanks Thames Water 👌

So as we had finished our trip a day early we had to make up a contingency plan....where would we go and what would we target???