Yesterday morning Jeff Jr and myself headed down on to deep surrey armed with a haul of Sprats in search of some Pike and Perch, so after our drive down and a long walk to the river through the fields and covered in mud before we had even started we reached the weir at the top of the stretch we decided to try, it was coming through with some immense force that I have never seen before, the amount of water coming through was almost unthinkable to which Jeff said to me it was up a good 3 to 4 foot and a sandy colour so straight away we knew pike were out of the question for sure but a canal ran adjacent to the river which was carrying the same colour but was a little more fishable than the river which was a shame as we were both looking forward to fishing it. 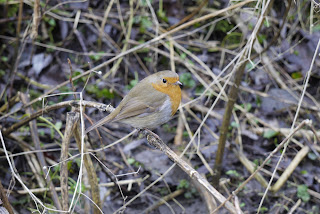 My friend who only liked me because it was getting fed.﻿

At first we both started with spinners using a range of different types and lures working the water but we didn't have much joy so Jeff decided to go for Barbel in the slacks using meat and paste and I stuck to canal after a couple of hours of working it I did get my reward when a green Mepps got slammed by a size able Perch of 1lb 8oz caught in a typical swim below. 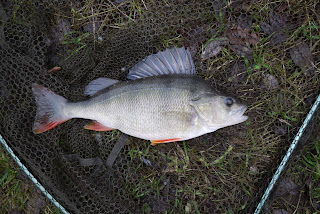 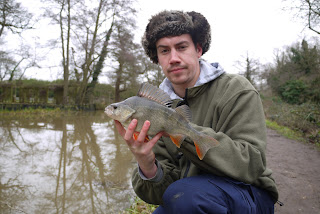 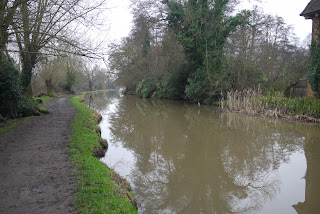 After spinning for a few hours and only the one Perch I was beginning to think that was all I was going to catch for my efforts but Jeff had only one Chub knock all day, I decided to then start rolling meat with 2x 2ssg shot to get the bait down and with the pace of the water the bait moved perfectly along the bottom, over the time that I was rolling the water level dropped around 2foot or so and I tried about 20 swims in which I didn't manage to muster a bite, as dusk was approaching me and Jeff met up again and decided to set up on the bottom and fish for the Chub and Barbel in the hope something was feeding, with Jeff witnessing a small Barbel around 3lb being caught by another angler it gave us an added sense of confidence. 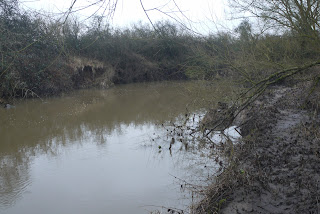 This was the swim we set up in for dusk and it looked good with a level run in front of us with slacker water in front of us, with 20 or so minutes gone the rain started to come down lightly and gradually got heavier which bought up the water level by over 2 foot in a very short period of time which nearly caught me and Jeff out as our swim was fast in danger of going under water and also hearing the banks falling into the water as the river tore the away we made a quick getaway before we had to wade back to the path, as the river was up even more than it was before, the amount of swims we could fish due to the power of the water limited us to just one or two swims and as going home at 5pm wasn't really an option we decided to head to the bottom of the beat and set up on a reed bed that had died back and it did look very good with the extra water, though we standing about 6 foot up the bank from where I was fishing earlier in the day which just put in perspective how much it rose.

For about an hour Jeff and I just put out static meat for around an hour and watched the rod tips with anticipation whilst talking about where we are going to fish this year and what species we're going to try for, when I thought about moving my bait I lifted it up and then started to roll it around the swim when I got the finest of plucks on my fingertip which I hit and the rod bent double and a fish powered away it the current where it remained for a good 5 minutes and really did put my tackle to the test in the powerful flow it was hard to dictate the fight until I managed to get it out of the flow when it headed to the net a good size Barbel appeared and we started guessing how big it was and first estimates were around the 7lb mark but when we finally got it up onto the mat my estimate increased to 9lb+ and Jeff around the 8lb mark, so to end the guessing she went 9lb 2oz and a lovely specimen indeed and first time Barbel fishing on this river a very good return of my time for sure and it made me a very happy man. A beautiful example of the power and poise of this fantastic species. 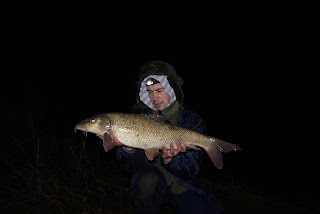 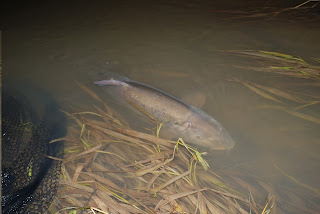 The funny thing as well about releasing the Barbel was that I released it in the water that early in the day I standing on and it was dry land about 4 inches above water level at the time, Jeff unfortunately didn't manage any fish even when we headed down to he's favourite swim but the day was mine and very grateful for it, we headed back to the car covered from waist down in mud and very tired as we had done alot of walking and the walk to river from the car was a good mile or so to where we started fishing. But the nicest thing about the trip was the peace and quiet was a god send, it was just us and fishing a very wild river and nothing artificial about it. Happy New Year (belatedly)!