Cold Snap, The Kiss Of Death.


After a long time in the pipeline the conditions and time of year were perfect for venturing out in search of the Lady of the Stream, a species that I have had the pleasure of catching if only a handful on my last trip to the Avon to 9oz, today I was joined by Mr Pikeman himself Brian for a go at catching some prime winter Grayling and hopefully breaking Brian's duck on the species, in theory everything was perfect, que our arrival at the river..........

..........it was like drinking chocolate!, we immediately knew that the session would be almost a write-off, I don't know much about Grayling in fact neither us do in truth but we knew it would extremely difficult to catch our intended quarry even though we had good advice on where to apply our tactics, we plotted up in a few lovely looking swims and started to feed it up with maggots in the vein hope the fish would eventually find the loose feed and feel compelled to eat but time was never an issue - we could have fished 3 days in those conditions and still felt I wouldn't catch a Grayling, compelled to eat they weren't but I did bump a large fish in one swim which I suspect was a decent sized Chub or out of season Brownie, talking about brownies though I did catch a few of them to like half a pound and whilst they made sure the day wasn't a total blank and thankful for that it still didn't take the bad taste out of my mouth that all week it was running clear and mild, the day we come to fish its up 6-8inches and dirty plus it was really pushing hard. 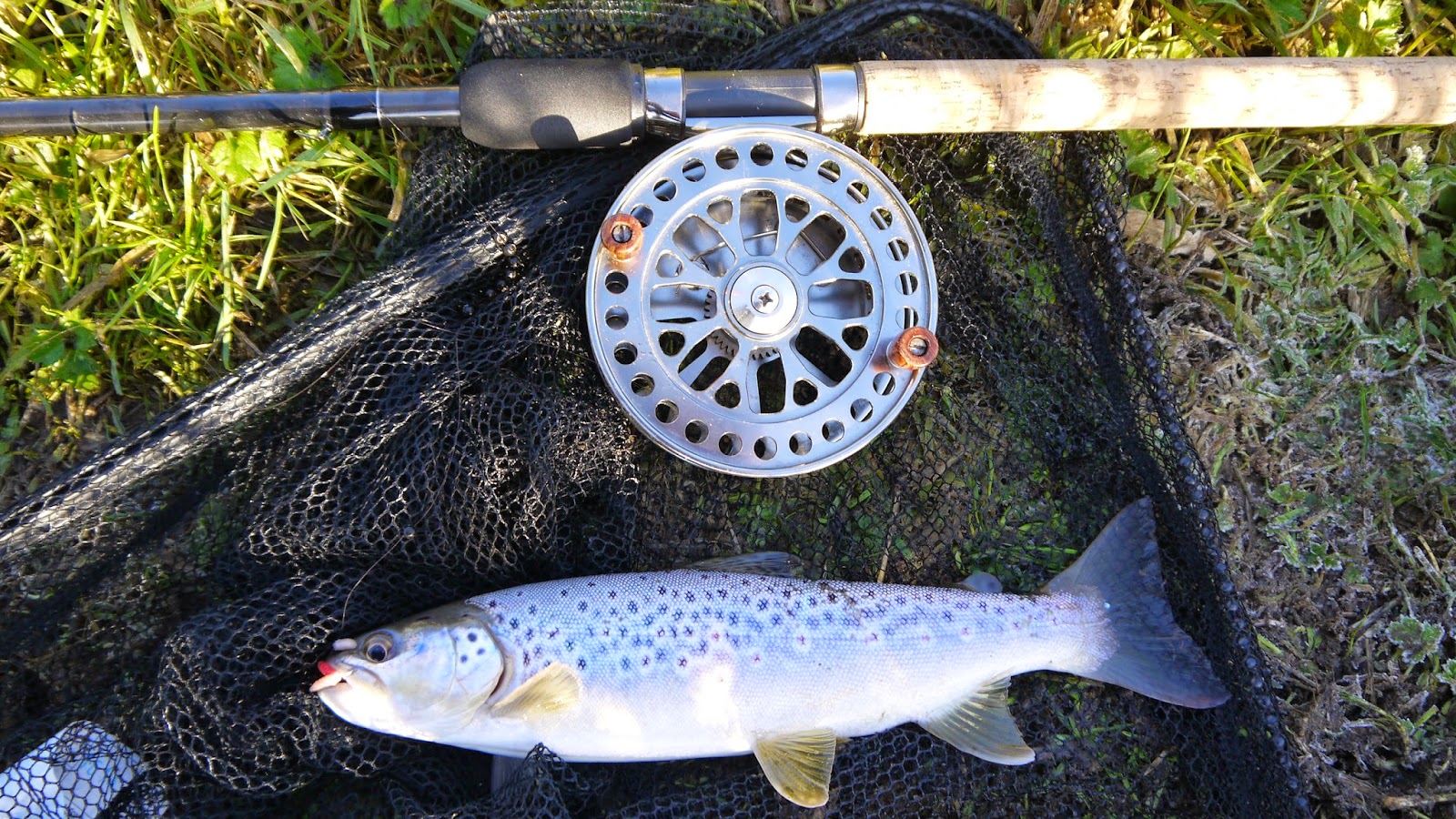 After a few hours we had conceded to the Grayling and turned our efforts to the Esox that inhabit the picturesque fishery, Brian managed a little one on his first cast and with plenty of cracking looking swims fished my float remained totally unmoved as did Brian's after his initial fish, a very tough day and not the conditions I expected, waited months for the right conditions and then when we thought it was all good to go that happened. The cold weather they experienced overnight plus the water clarity was most certainly the kiss of death.

During the day though we were treated to some fantastic sights and some I've rarely seen in my 27 years, a pristine white Barn Owl in the broad daylight flying about and had the chance to photograph it but instead watched in awe, a handful of lively Kingfisher's, plenty of Pheasant's some of which unfortunately became dinner at some point, plus a trio of stunning Red Kite's up in the thermals putting on a display with their distinctive squawking ringing through the cold winter afternoon, if anything the nature on show was the only highlight, not the fishing it has to be said, I will be back soon once it bucks it's ideas up.

British record Gudgeon over to you, I know where some large ones reside, time to find one.