Angling For Grayling. (PBs all around).

Recently I said to myself that I would concentrate on my Roach fishing until the end of the season, so today's trip was in search of Roach, I have done a few trips to the Test valley and I know that some very large Roach do exist and to weight's of 3lb with a two-pounder a distinct possibility once located, so at the crack of dawn Brian, myself and a rare outing for my father we set off into Hampshire. 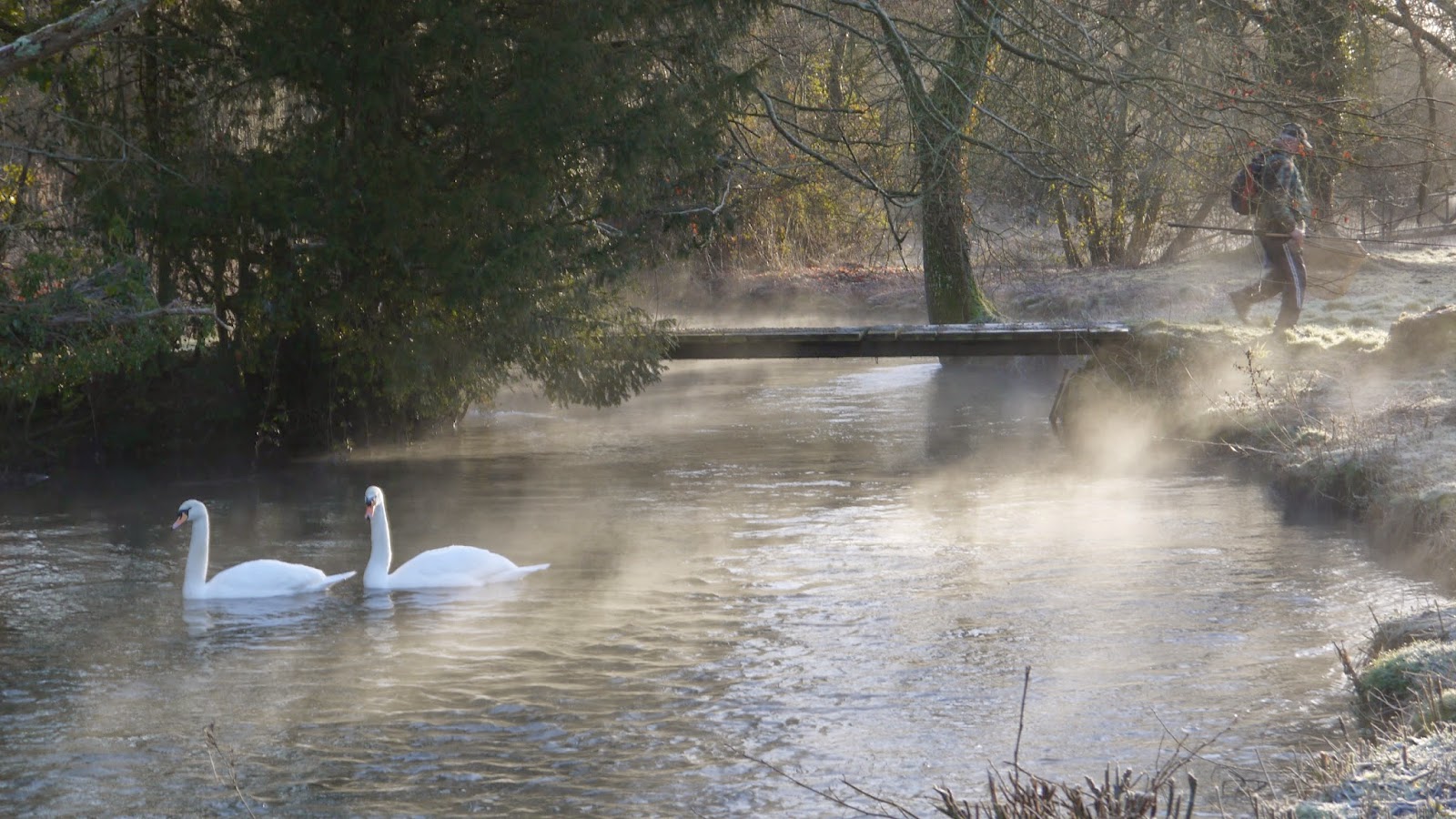 A perfect morning greeted us on the river as the steam crept off the surface, the peace and quiet was soon broken though as the sound of a large Brown Trout went crashing through my swim that I was priming for the redfin's, my early morning plan was ruined in spectacular style but all was not lost as I left that spot soon after and my father (James Snr) jumped in and on one of his first trots hooked into a fish that was to break a 30 year old PB, this pristine specimen weighed at 1.14 with his original PB a seemingly measly 1.2, so very nearly a two for the "old boy" on his first Grayling session in three decades. I was made up by his capture and thoroughly enjoyed running off a couple of snaps, but I broke away and headed on up river where I was to break a PB that hasn't set as long.

With the Roach swim left to cool down I put on some maggots and trotted some deeper water in search of a Grayling, after spending an hour or so I finally hooked up with a large fish which I connected with 20 yrds downstream, I decided when playing it to bring the fish up to me instead of meeting it, it was a decision that I didn't rue as the hook hold was very good and an immaculate Grayling was bagged, the needle was pulled around to a very pleasing PB weight of 2lb 2oz. 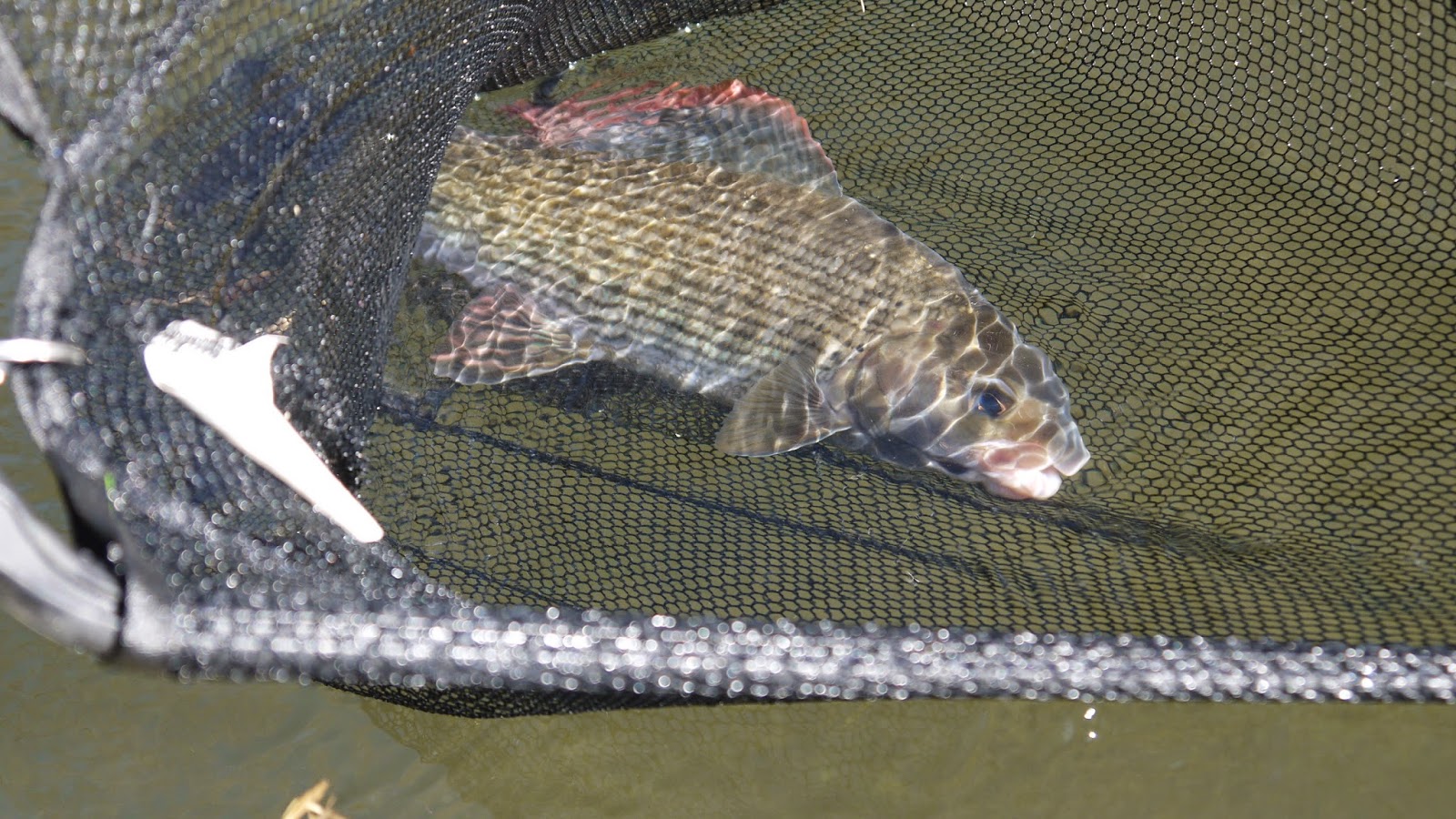 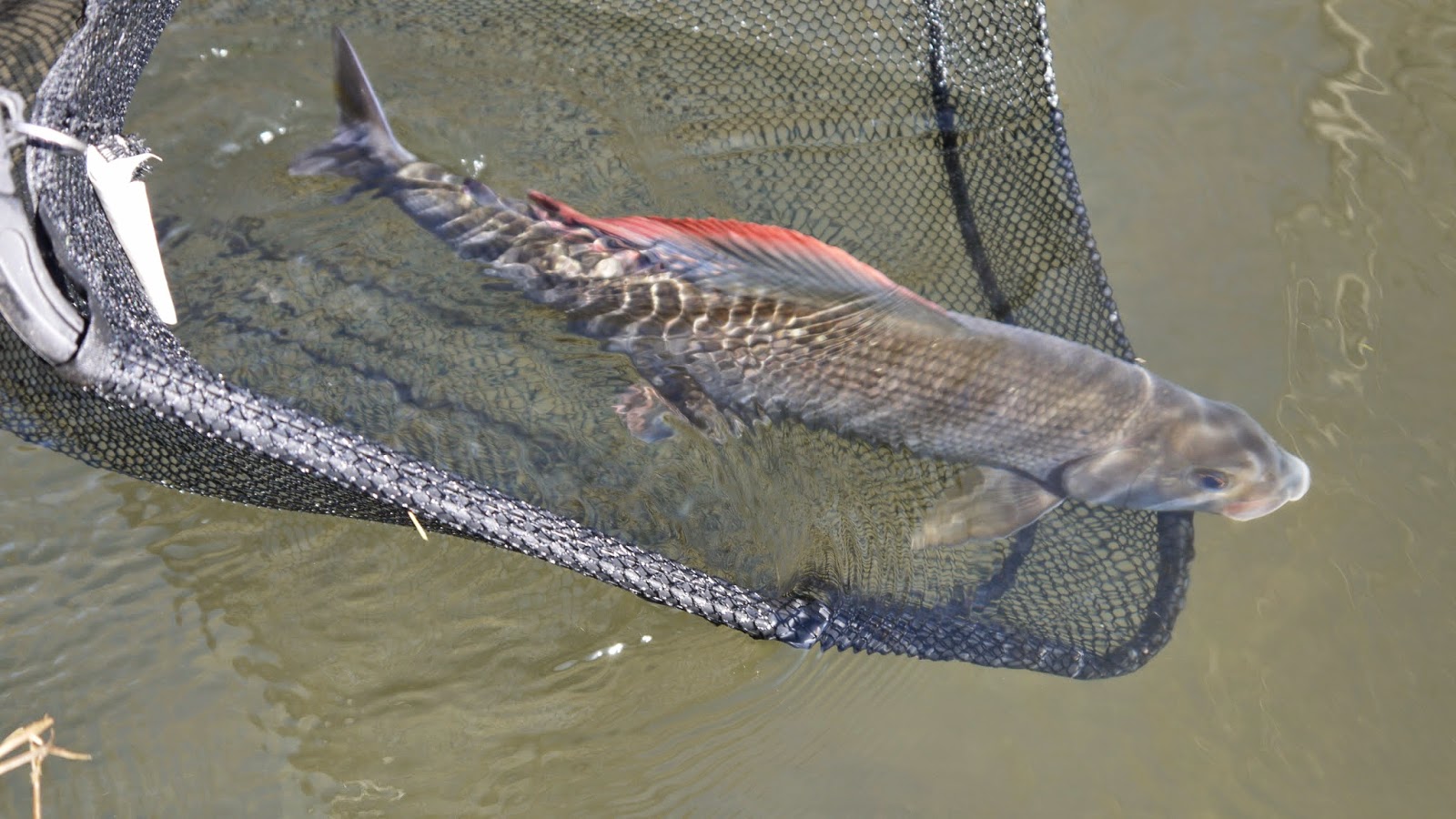 That Grayling was followed by loads of Trout which were annoyingly ruining swim after swim but there was nothing that I could do, a couple more Grayling to 12oz were caught but throughout the day the Roach were still in the back of my mind but on the clear gravels and watching Grayling to probably mid-high 2lb it was hard to pull myself away but for all the time spent fishing for them I only managed half a dozen in the end to around a pound. Dusk was approaching when I had decided to get back to the Roach swims, all I needed was to be on the fish then it was all up to them, dusk had been and gone with nothing doing but Brian did manage one lovely redfin -check out his blog post.
angling for grayling brown trout grayling roach