This searching for monster Chub has not been easy, as location, timing and bait selection/execution has to be perfect to tempt such greedy fish. I wonder sometimes just how many big Chub I passed over the past twelve months, what with a couple of donkey's seen during the summer soaking up the sun as they watched my 6mm pellets flutter through the water column I feel I've been close, almost close enough to touch them.


So having managed some more time on the bank the hunt was very much back on. During the week I blitzed a few loaves of bread so I could lace my intended swims to try and get positive feeding spells where I could possibly wangle one or two out. Arriving on the river the conditions were bang on, arguably the best I've seen it all season, all I had to do was catch and it would be complete..... 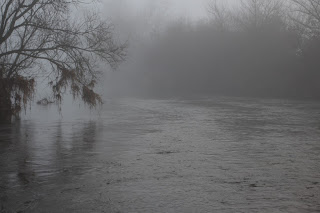 Funnily enough my day didn't start with Chub!, as strange as that sounds bearing in mind that the prime target I found myself trying to catch some livebait with one eye on dunking a Dace in a number of very Pikey looking holding areas, by lunchtime I gave up on the idea and took a Savage Gear 20cm line-through "Rainbow Trout", a few chucks around before a solid thump was sent reverberating through the rod, it didn't take long but unfortunately nor did the fight as a young Pike of 5lb+ eased into the net, not bad but it's Grandmother was the target.

Proceeding's after the first half of the day were slow going so a change of venue was made, a change that did reap rewards, just not big ones as I'd hoped but target species found so it made me feel confident others were present, four Chub came to the net in a very short spell and a solitary Roach with the best Chub weighing just under 4lb. 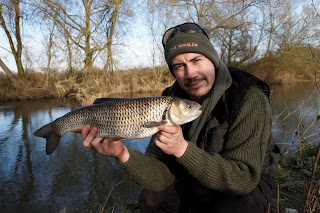 That aforementioned confidence by 8pm had waned somewhat and I ended up texting Brian who was downstream that we should bang it on the head for our digs for the night, whilst in the pub we formulated a vague plan that we'd hope give us a chance.

Another change of scenery meant that we had given ourselves a good chance to locate some feeding Chub, I headed off to a run where I know good heads of fish reside and got straight to feeding the swim with crumb for over twenty minutes before trotting, I decided to stick with the crumb as I always feel strongly that if there is some colour in the water, which there was, the Chub will feed on it, the float continued on down the run time and time again with a dip then all of a sudden half hour into the fishing the float slipped under and a weighty fish played out a good fight mid-river, for a couple of minutes I didn't know what I was playing until it approached the net, as it rolled over and fought a little more I got a full sighting of the fish I was connected to, a thick set Chub possibly over six pound, having played it quite calmly anyway I just let it do what it wanted within reason, then out of nowhere my hooklink inexplicably parted just above the hook, I was furious to say the least and had to clear the air before replacing the hook-length.

Nearly two hours it took to get another chance, that chance did come in the form of a long lean Chub of 4.09, not a monster but certainly good to see one on the bank but the rest of the day passed by with only the occasional twitch on the tip, a trip that highlighted everything current about most of the rivers I target, they're proving hard to crack. I must continue. 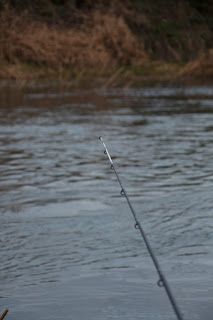 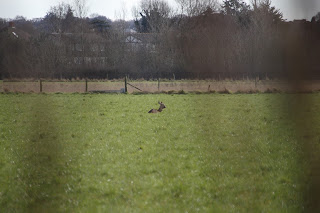 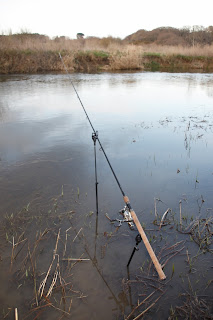 Email ThisBlogThis!Share to TwitterShare to FacebookShare to Pinterest
Labels: chub, In search of monster Chub