That could have been my post as angling wise it was pretty tough, in fact I failed to register a substantial bite over a day on a heavily coloured River Itchen and two days on a flooded River Stour. I like to think I know a thing or two about floodwater fishing but I come unstuck in the testing conditions that both trips threw at me. 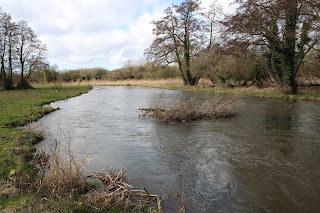 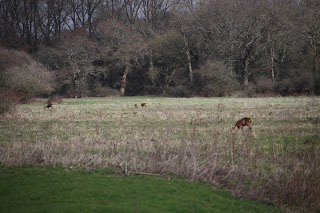 The trip to the Itchen was a visit to the lower itchen fishery with the lads from the team, conditions were so bad that had it been just a trip on my own then I'd have left straight away and gone elsewhere, with less than ½ft of visibility the Grayling fishing was going to be poor and I knew that but used the opportunity to get to know the boys better and have a laugh, so that's what we all did. A few Grayling to a pound or so, a few Trout and a solitary Barbel of nearly 12lbs which was great to see but my trip angling wise was atrocious, my stubborn approach to fishing probably cost me a few fish as I refuse to static fish for Grayling, this is for two reasons, firstly on a chalk stream it isn't cricket "not for the purist" if I could be called that and secondly Grayling are notoriously greedy and the thought of deep hooking them isn't my idea of fishing and could do without casualties. 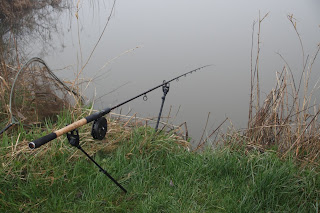 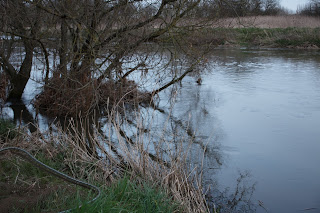 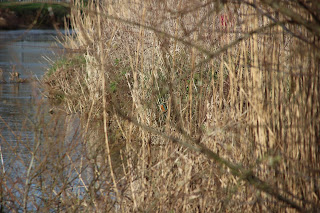 Then the Stour.........just as tough but for the species I intended to fish for the conditions were a little better, Brian and I had two days down to have one last push for a big Chub, both days were spent ledgering as the lack of clarity meant trotting was almost out of the question although it could have been done, I spent many hours watching the rod tips for any sort of enquiry but no matter what I did I simply could not manage a meaningful take, many taps on the bread flake but I suspected that the culprit was small Dace and Roach, around midday on the second day though I witnessed the second largest Chub I've seen on the bank, Brian had done it! but I shall leave him to elaborate and rake in the plaudits as he should, a big fish and a pleasure to see. 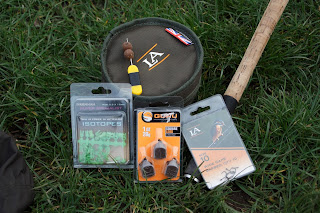 I don't catch fish every time I head out, these trips have been testament to how difficult fishing can be at times.