Crucians are to say the least not the easiest species to catch, method fishing for them has provided me with good sport in the past but fishing very fine on the float is great fun, in fact it's very satisfying when it comes off. Now, a few days previous I went down with the same mindset but failed miserably on the Crucian front.

On my most recent visit I decided to change a couple of things around and headed to a part of Harris Lake that I've not fished before, with over 40 pegs it's a fairly decent sized lake and I know it's stuffed with fish, I just can't compute how I haven't managed to really get amongst the "bars of gold" in any meaningful numbers, maybe a slight match background would serve me well on a fishery like Marsh Farm but as I don't it's all crash course and work it out as I go along.

With my decisions made I set about balling in some 50/50 Sonubaits Greencrush with my pellets (6mm) to build a patch on the outside of some pads, which I anticipated would be shelter to a few fish being that the sunshine was due to hit upwards of 30c and I knew by say 10-11am that it would probably be 24-26c and most humans wouldn't be sat in it. 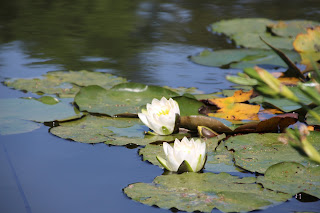 My set up was a pre-made Drennan hook length and float setup, and a Greys Prodigy 12ft 1 T/C rod and the bait was 6mm soft hookable pellets (Krill flavour) and once I was happy with my plumbed depth I got my bait into position, within seconds I registered my first bites but they even on light tackle were practically impossible to connect with and I had to just sit on my hands to see if the bites evolved into something that I could strike at.......45 minutes later......


It simply looked stunning on the mat, due to the heat I just took a mat shot as I didn't have my camera and tripod setup and didn't want to faff around, only issue was that if that was my only Cru'y then I'd miss out on a trophy shot. Thankfully after a couple of Tench decided to go crazy in my swim I did then have a spate of very small dips on the float where only two were hittable but both resulted in Crucian's weighing 2.06 and 2.09 which equalled my best bar of gold for some years!

By the time I had got the swim going and started to catch fish the sun was getting higher and was starting to cast strong sunlight across the whole of my swim and I knew that it would be game over for the fishing until the sun moved across the sky so that the pads would be back in shade, unfortunately I would have to wait until dusk for that and I enjoyed the morning session a lot so I called a day after a quick faff around on the little pond for half an hour on my way back.