Who needs an excuse to head up to the Fens? I most certainly don't, I can't think of many better places in the country to be fishing than in the flats of Norfolk / Cambridgeshire. As always it means an early start to beat the dreadful traffic that builds up on the A13 and M11 but with the anticipation building to a deafening crescendo the pre-dawn drive flashes by, having been down there a few times now there is a pukka little order that everything goes in so it makes launching for the day a breeze.

But just before we get to the fishing myself and Brian were blessed with the sight of a Barn Owl hunting in the brush not 50 yards from us, for me these are my favourite animal, not even a species of fish beats these personally, the hunting supremo and extremely pretty too, just watching one for 15 minutes felt so calming, I even managed at distance to get some photos. 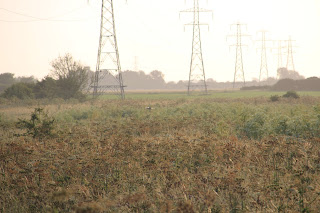 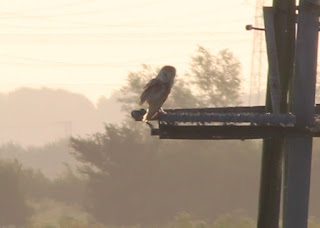 I could watch them all morning, incredible creatures but we did have the small task of catching some river Rudd, not just any Rudd either, with fish surpassing the 3lb mark these were serious fish and plenty of fishing had to be done to get through the smaller fish.

Conditions were almost perfect as the sun was high and hot, the wind was typical for the fens ( blowing varying speeds and directions ) so stalking wasn't too bad but the river we fished was very coloured and that was something we did not expect, but as the day went on the Rudd fed fairly well. However when using bread on these waterways the Swans and Gulls know exactly what the game is and trying to outsmart them is not a mean feat!

Luckily enough with the boat at times we could escape their attention and seek feeding fish elsewhere, how I'd like a shogun sometimes.......as I can not remember how many times these blasted birds have ruined great feeding spells. Thankfully we started to get amongst some decent fish around the 1.08 mark and by midday I had bagged a fish just shy of 2lbs, almost immaculate which is something thats unusual for the Fenland rivers as they seem to all have a nick or two, no doubt running the gauntlet of predators and yes even 2lb Rudd will disappear down the throat of some of the Pike present, not even an issue.


By the time lunchtime came up we were debating on what to do as the sun was really high and the heat was really felt, we thought we'd discuss over a big juicy burger/chips and a pint what the plans were and finally decided that the fishing was going to be tough until dusk which unfortunately on this occasion we didn't have that option so a quick drive elsewhere to check up on some other water we haven't fished was in order and with a great looking section earmarked for further investigation we headed back to London.

Another sighting a beautiful Barn Owl heading into the distance as we fished. 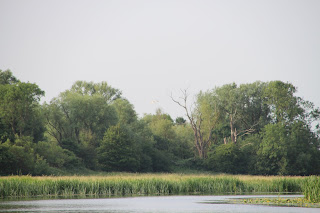 Email ThisBlogThis!Share to TwitterShare to FacebookShare to Pinterest
Labels: rudd