A Bar of Gold.

The title is almost a dead give away as to what species that I targeted on Saturday and after Brian's amazing bag last Saturday he couldn't say no to another trip down to Marsh Farm Fishery, so we were both up bright and early, by half 8 we were all set, both of our tactics were to float fish and mine wasn't dotted and fished the float on the lift and it worked very well but most of which weren't my target species.

After some fairly cold nights recently and a very keen easterly wind the fish of all species weren't feeding very hard and it didn't really start to improve until around midday, it improved then massively, with a quick succession of Bream, Gudgeon, Roach, Rudd and a couple of Tench, this was then much the same throughout the day but I still couldn't find a Crucian, I was getting the bites off of the Cru's and did lose two both of which were roughly 12oz with the hook popping out as they hit the surface, neither of them were big but I certainly would have loved to land them. 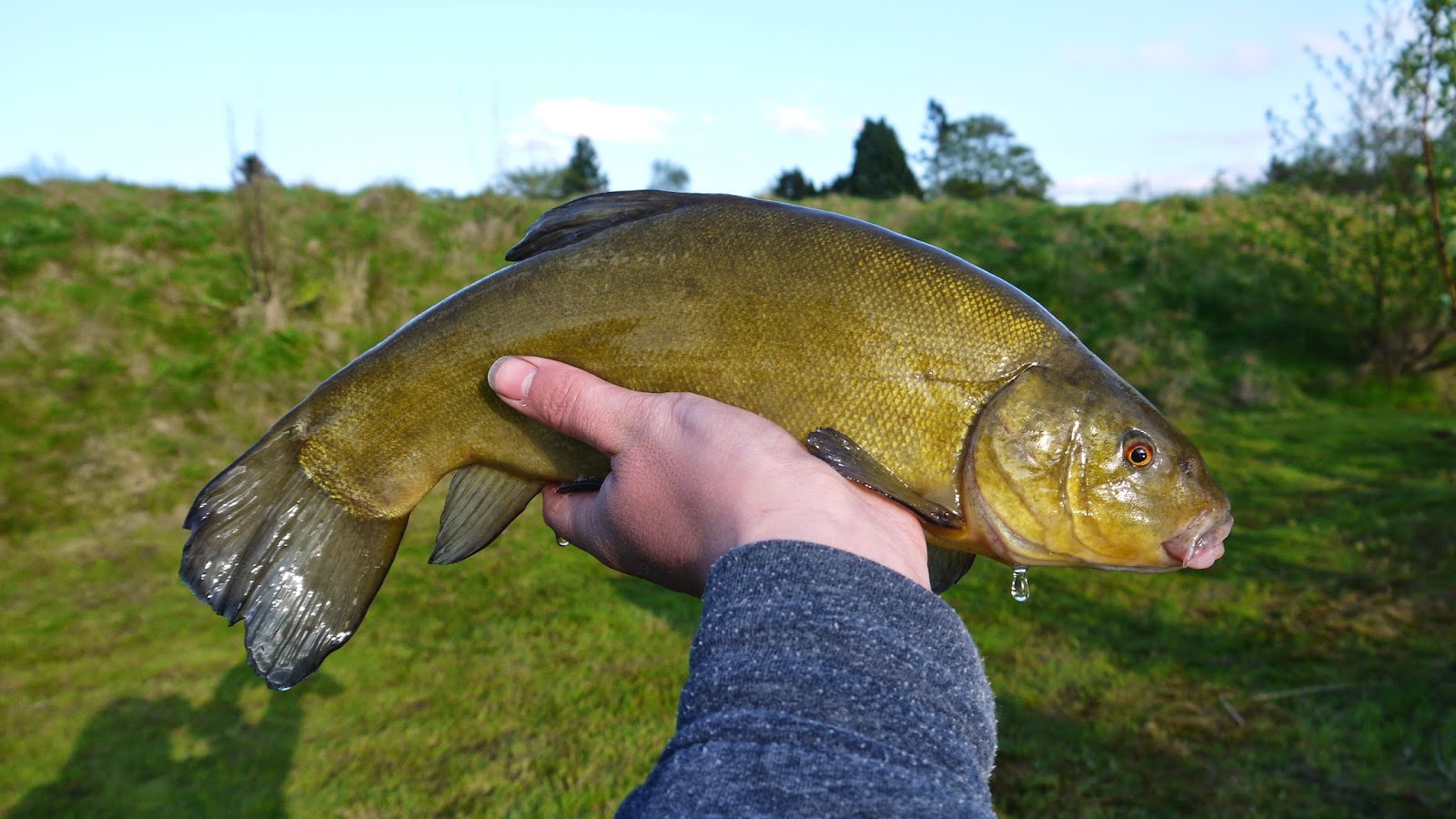 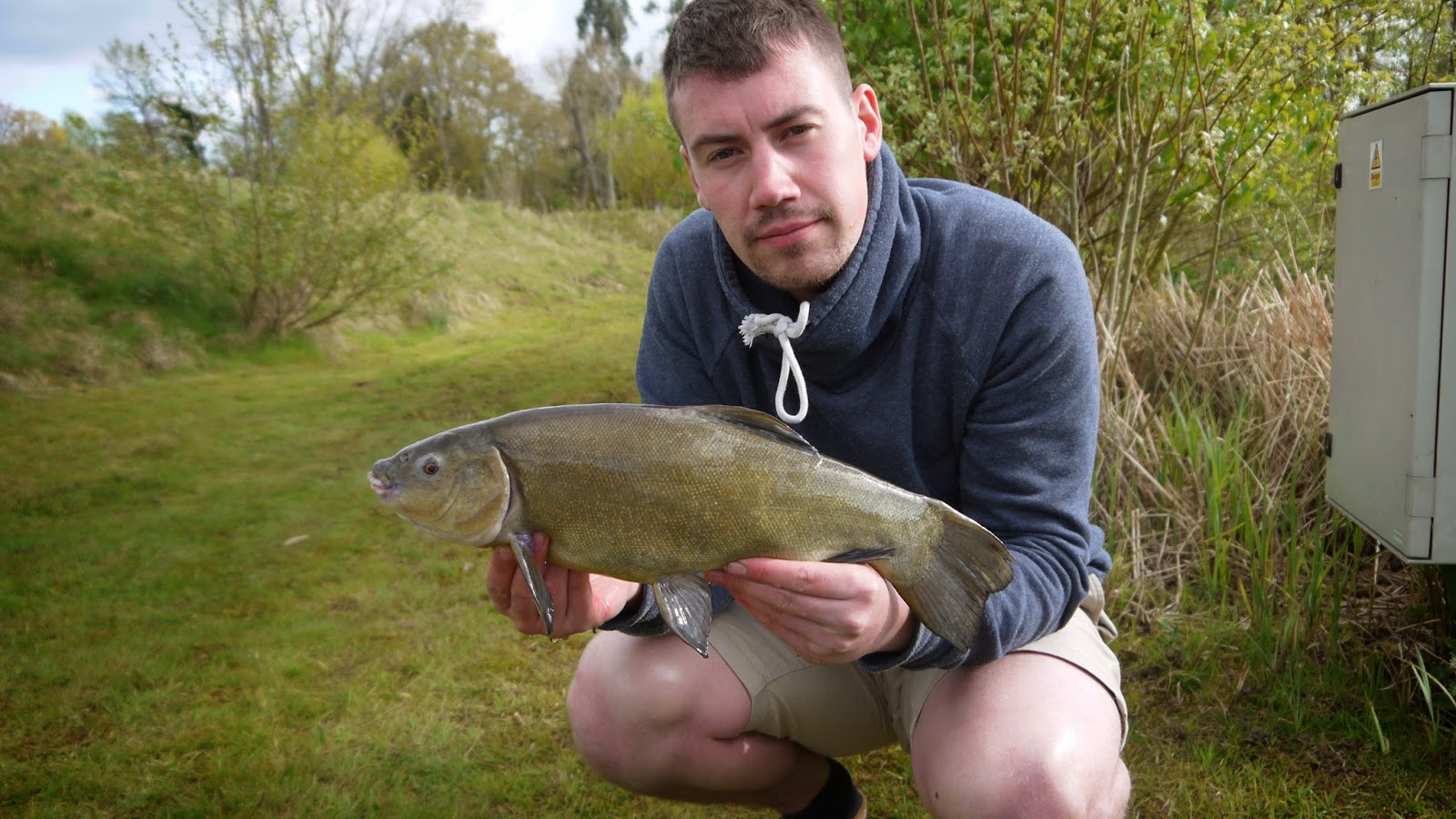 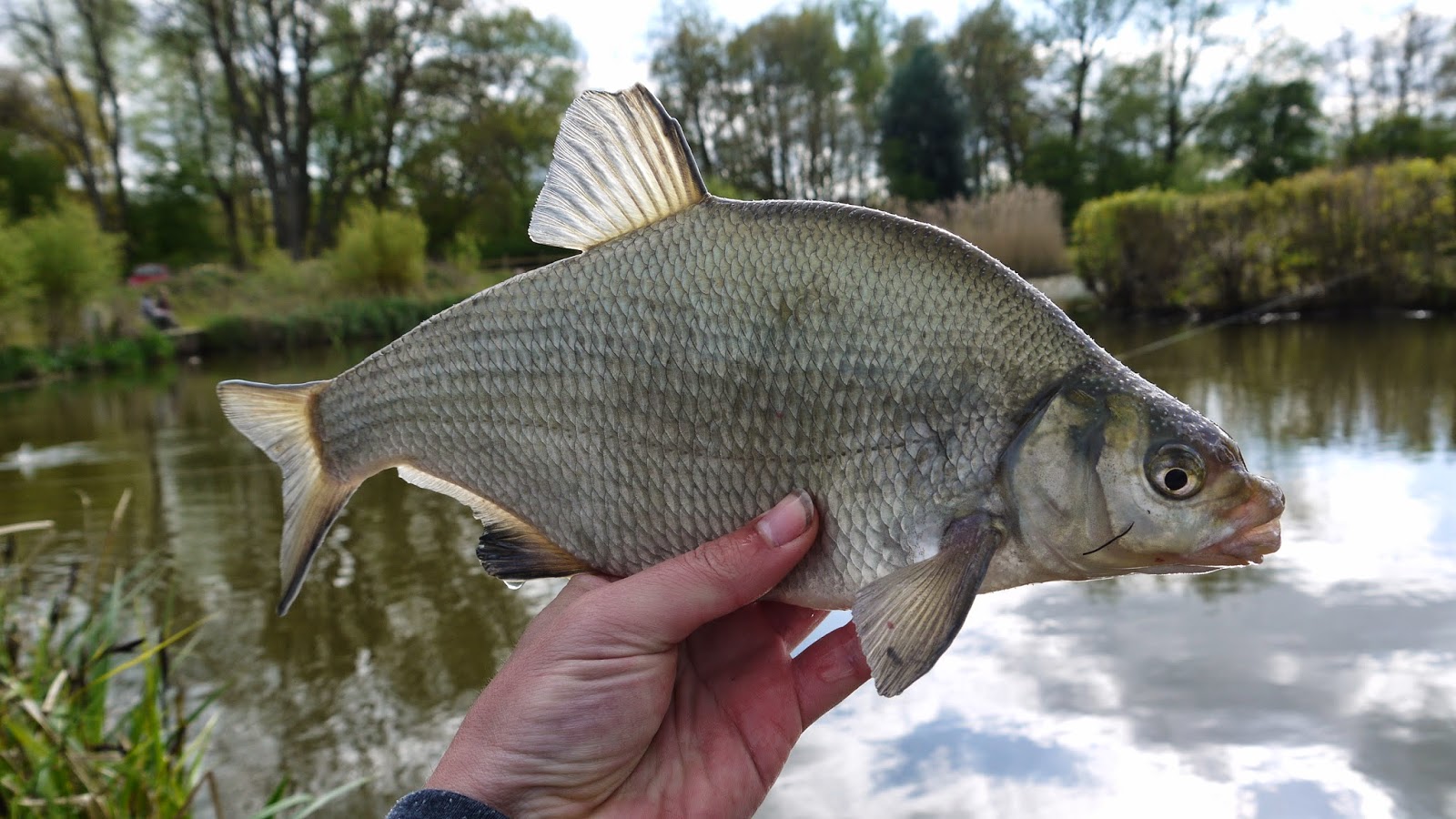 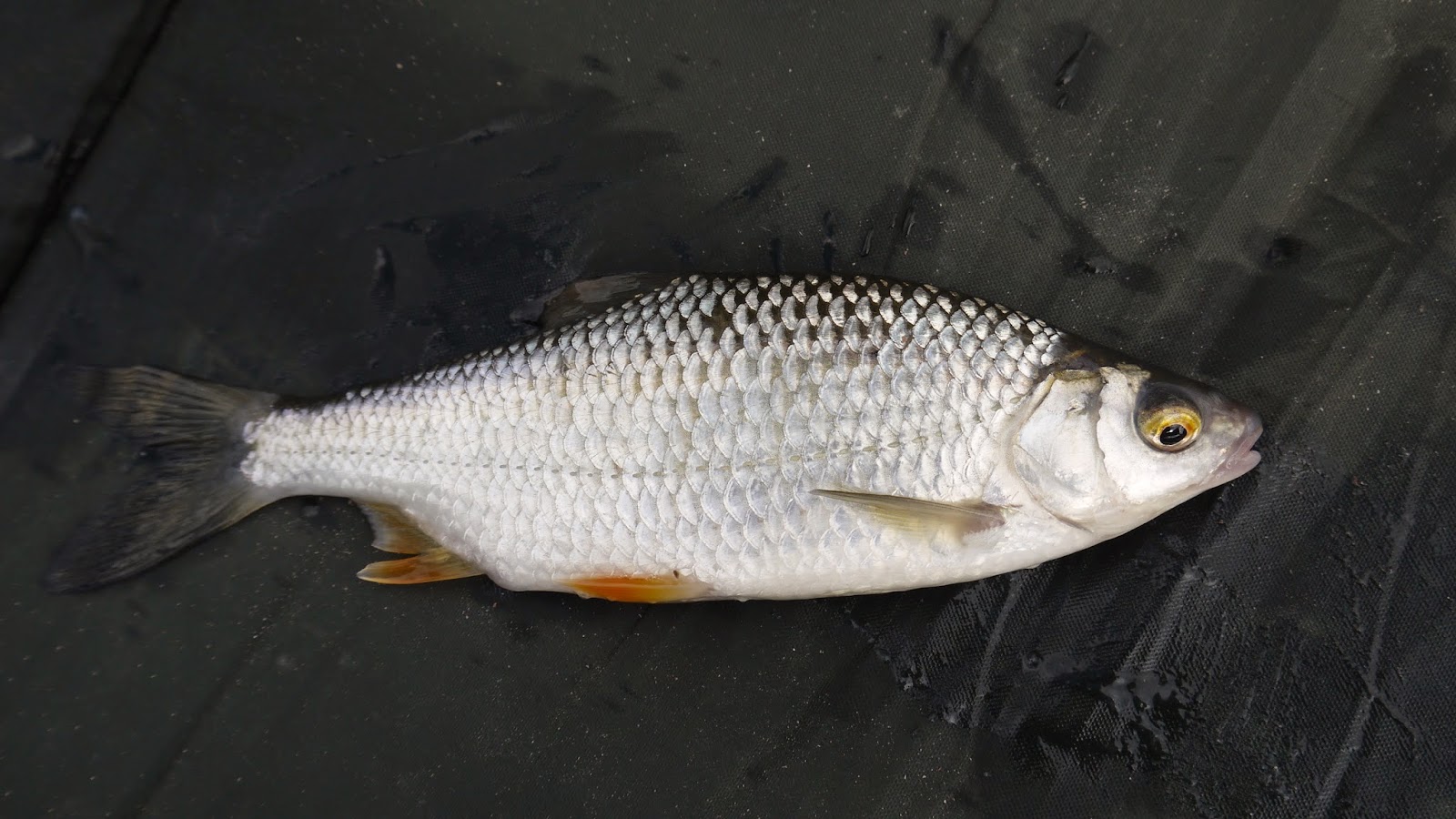 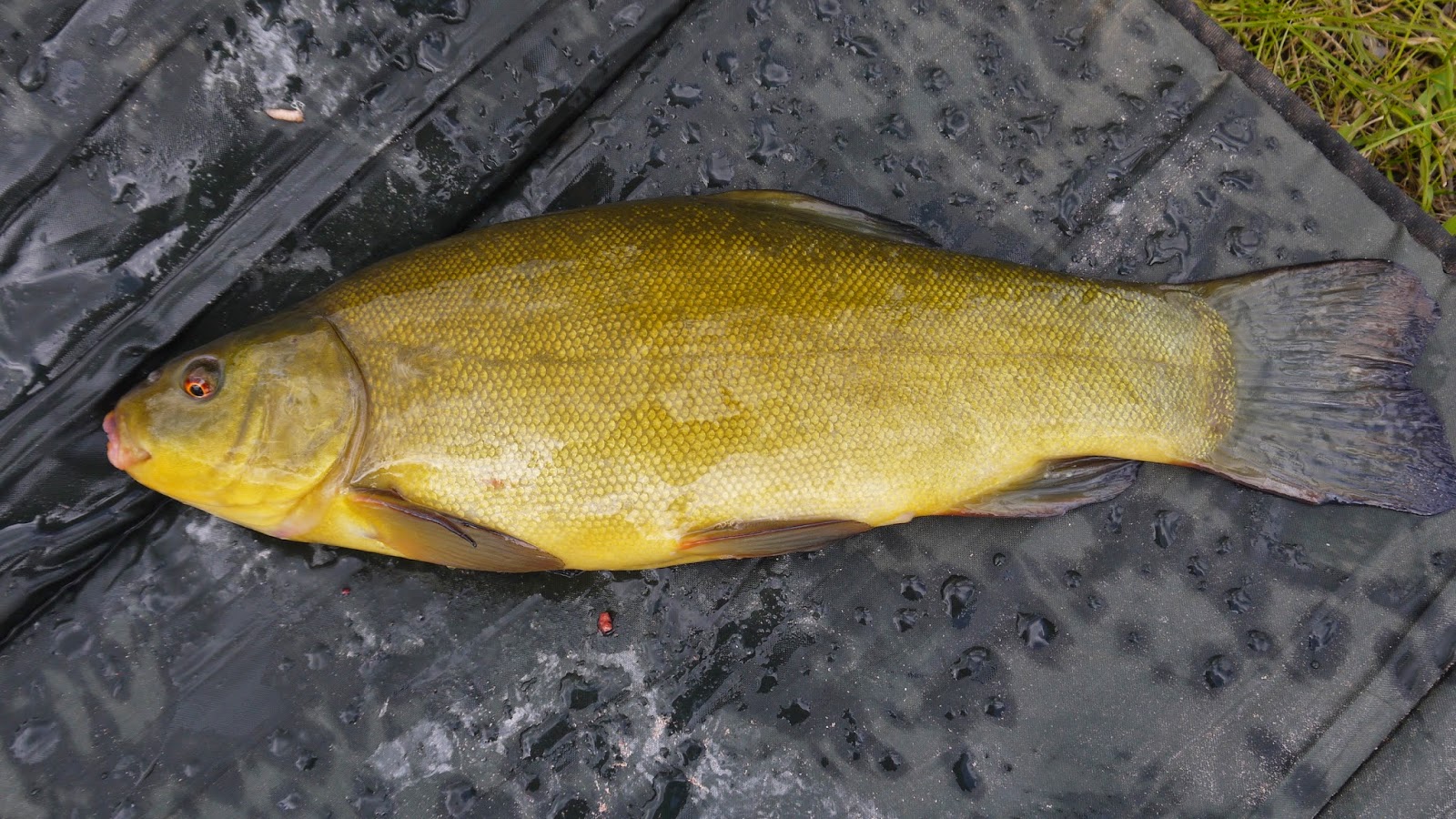 More than 10 hours of fishing was coming to a close as we had to get ourselves packed up and over to the train station to head back to London, Brian had 3 Cru's to 2.4 which was a beautiful specimen and after the day I had just one would have been perfect but unfortunately it was time to finish, so as you do when fishing you reel in your line and prepare to leave but after more than 10 hours of fishing with no Crucian's you don't expect with no bite the rod to hoop over, but that is exactly what happened, I simply wasn't prepared for it and then after a brief encounter a bar of gold rose to the surface, with which I reached for the landing net and in she slipped, I have never been so elated to catch a fish, it was a tough day and I did every thing that I know, float sizes, shotting patterns, baits and depth.

So this is what I came for in all it's glory.

During the session I had 15 Tench to 3lb 8oz, 4 Bream to a 1lb, 1 Rudd, 2 Gudgeon, 5 Roach, a couple of Hybrids with the surprise last grasp Crucian so all in all a good day, I'll just remember next time I go fishing to wear trousers as I shivered pretty much all day and made things rather uncomfortable, until next time, Tight Lines.
at April 20, 2014