Another short session was decided on and my target as I said in my last blog was Roach and maybe one of the rare Rudd, with the rain over the night and during the morning the river was up quite abit and very coloured, today's tactics were simple and consisted of a 1oz tip on a feeder rod and 4lb line fishing liquidized bread in the feeder and flake as my hookbait.

I got to my chosen swim and the rain had made the bank extremely difficult to get down and nearly slipped straight down the bank into the river and only just grabbing a tree branch to stop me going all the way down, a little bit too much excitement for a fishing trip I think so I made sure that once in the swim I wasn't moving until it was time to go, in position finally and out with the rod I had a Chub first cast around 3lb, not what I wanted but a good fight all the same and then on the next cast I hooked into a Barbel about 4lb but it was finely hooked and the hooked pulled fairly quickly which was a shame, I've not had a Barbel from that stretch before.

My intended target didn't look like they were about and I had fished for around 2 hours before I changed tactic to trotting and the response was instant and I had a Roach on first trot through, a good fight from the redfin that used all the water available to it and only knew it was a Roach simply seeing the red dorsal fin cutting through the surface of the water and weight was lifted from my mind as I had pulled quite a few strings to get the day off and a Roach is what I wanted today. 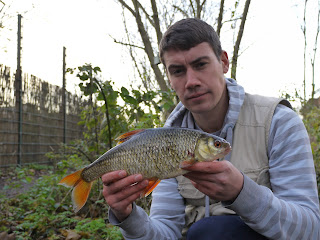 A fantastic 1.14oz Roach
A brilliant Roach to catch but the madness was not over either as for next 35minutes I landed another 4 Roach all between 1.9oz and 1.13oz I had hit the jackpot again and after an extremely slow start I had finally cracked and after I had landed the fifth Roach I had decided that was it for me as night was decending quickly, so I packed up and moved up river to do a bit of Chub fishing. 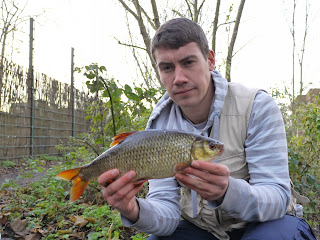 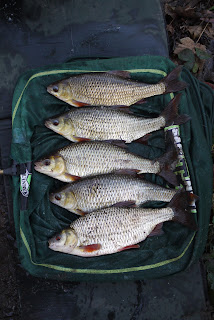 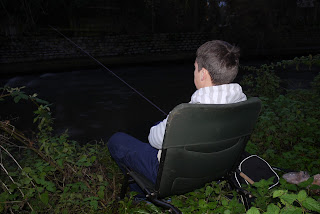