On Saturday I made the journey down to the Avon at Christchurch, to have another go at the Pike but the conditions were set to be very bright with little or no cloud and exactly that happened, not ideal for the Esox but I packed a couple of tins of meat knowing that I could switch to rolling meat if the predator hunt was not fruitful.


My Dad ( James ) also joined me for the day out and his first time down to the Royalty in 25 years plus, so it bought back a lot of memories of very good angling days, his first session on the fishery was when he was 15, all the way back to 1968, when he used to catch massive bags of Barbel during the 70's and early 80's, along with specimen Roach and Perch by even today's standards, this was when the fishing was nowhere near as tough as it is now, these Barbel are probably the most targeted in the country.


Dad was rolling meat for the day and occasionally ledgering where the current would allow, my tactic was both rods tackled up with 15lb line to a 18'' trace and allowed to drift around the swims under Pike bungs, one baited with Smelt, the other Sprat, again occasionally ledgered where I could due to the extra water that is still thundering through the valley.


A few hours had passed and we were both remaining bite-less, we had walked up through a number of great swims, House Pool to The Trammels, Railway Pool to Harrigan's, not to mention that to gain access to all these swims we had to wade through upwards of 2ft of excess flood water that was engulfed the entire landscape surrounding the fishery, by around 1pm we had started fishing the west bank and as there was a Pike angler already fishing at Water's Meet, I then decided to put the Pike gear away for abit and put on the centre-pin and roll meat along the Pipes, through Greenbanks and down to the Railway Pool.


We both rolled through the long glide together at about 20meters apart and on my first roll past the tree-line at the Greenbanks I got the typical rod wrenching tug that you expect off of a Barbel and no second invite needed for that one, it certainly fought well in the fast water and on light line you could feel every move, 5 minutes had passed and the bronze torpedo was resting up in the net, a good sized Barbel landed and caught on the tactic of choice for the Royalty. At 8lbs 10ozs I was very chuffed with that fish, my first Royalty Barbel caught rolling, result. 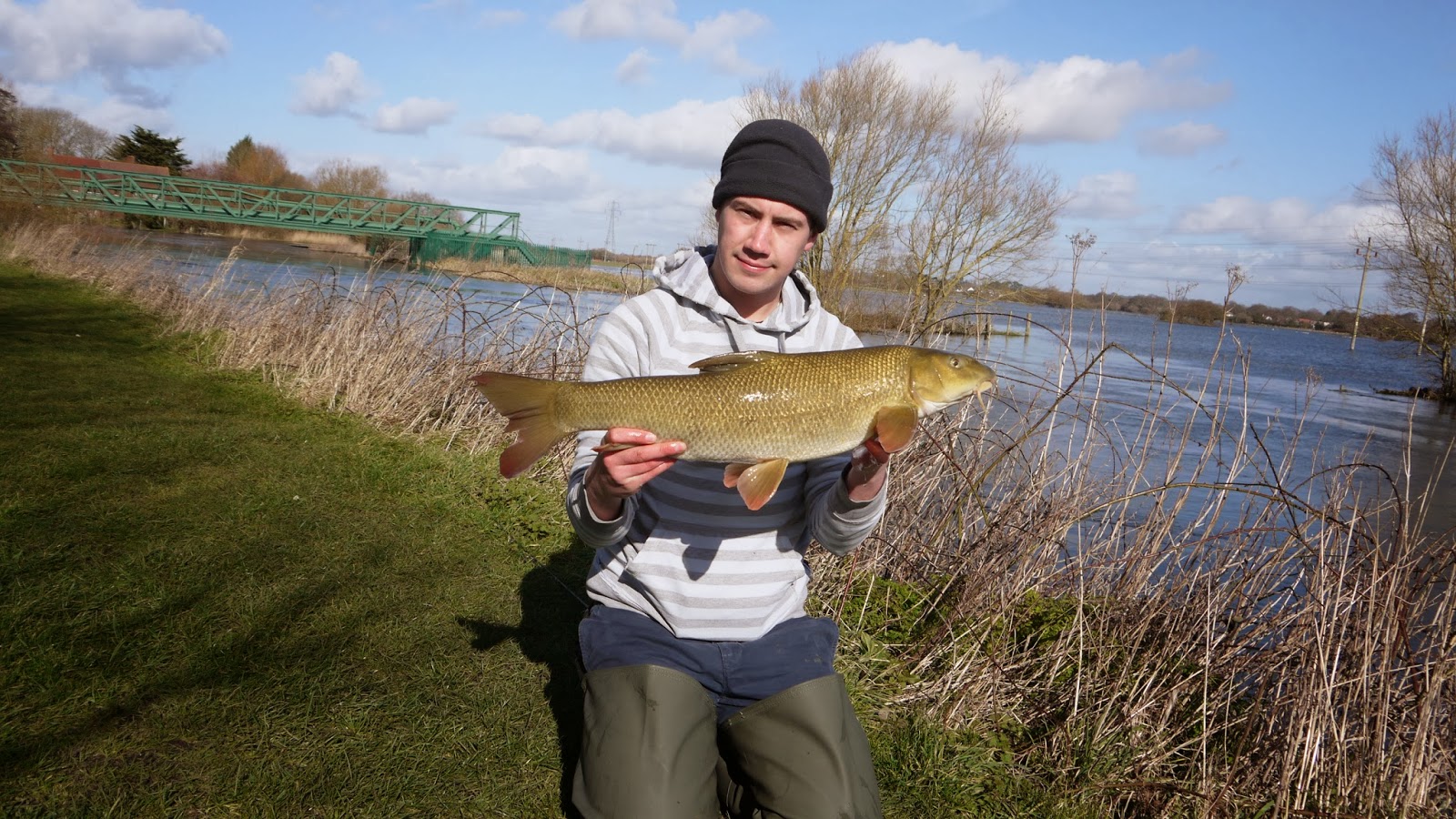 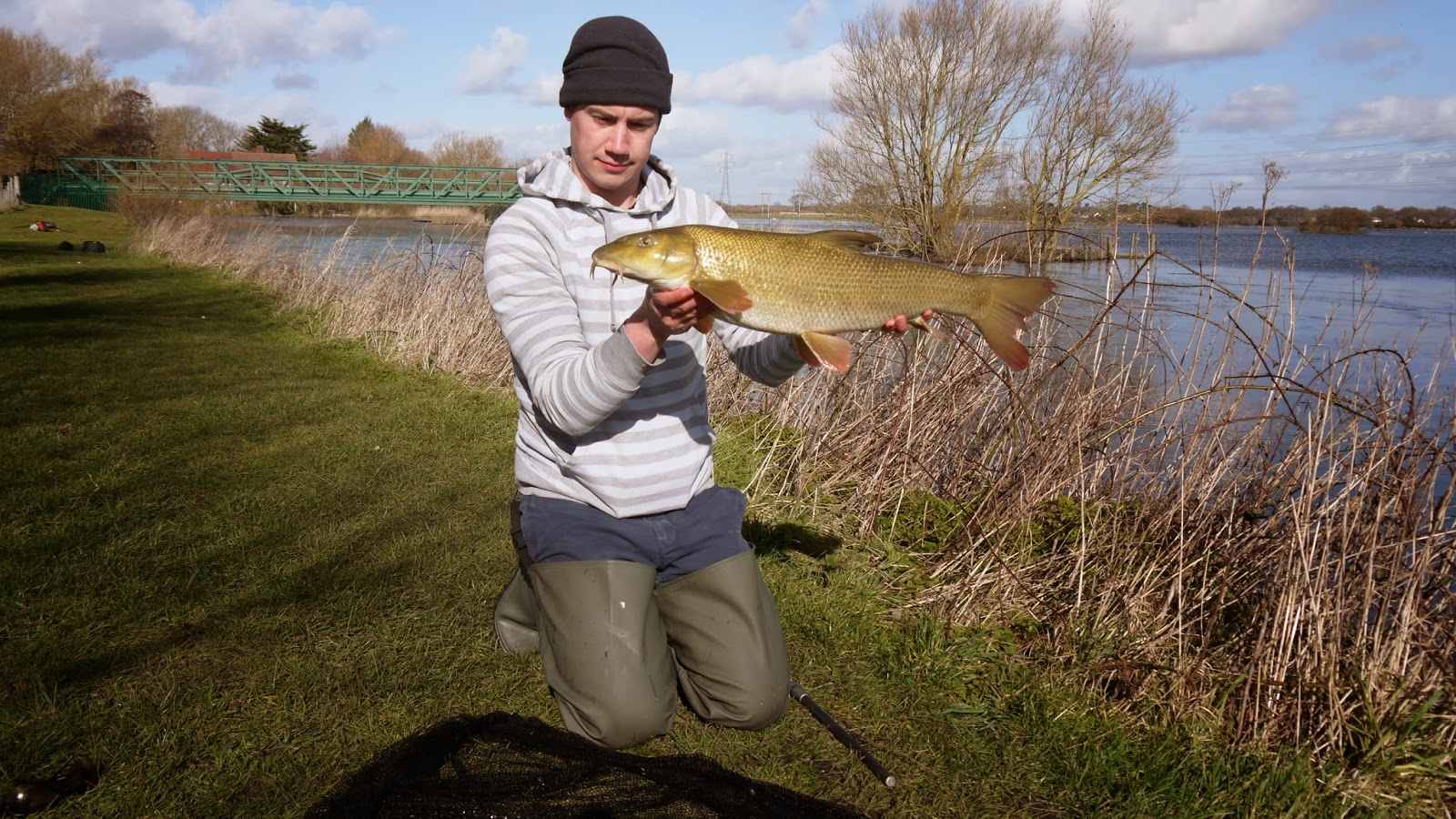 Now that I had caught one it filled us with confidence that we would have more joy, but we found it quite difficult to muster anymore interest as the Barbel were still present in the glide between the runs of remaining weed and the fact we were watching them roll on the surface on a number of occasions, but we could neither hook up again and we finished the day just after dark as the twice round trip of the fishery was very tiring for James Snr and on my return to the Avon I returned to London with something to savour again and the day was very pleasant weather and all, not to mention my Dad enjoyed the day out immensely which was more important but he happily took over netting duties and being the photographer.