My trips after Crucian Carp over the last couple of season's have been shall we say okay at best, although I have caught a couple of Cru's in the last couple of years to 1lb 13oz, there seems to be an air of unfinished business in regards to the Crucian fishing so on Sunday I decided on breaking the cycle of targeting big Bream and head down to Milford for some summer Crucian Carp, well at least be there with a slim chance of getting close to one.

I tackled up very lightly and scaled down so I could see even the smallest of touches and that is where I may catch the fish as opposed to not seeing any movement and totally missing the opportunity, I spent my time at Marsh Farm on Harris lake, it was a lovely day to sit out fishing as it was slow going for long spells but I was continuing with my tan, so it wasn't all bad I suppose. Firstly I used maggots but all I got was a shed-load of small Roach and Perch, these weren't what I was after so a change of bait was called upon and within 20 minutes a Tench hung itself on a single grain of corn. 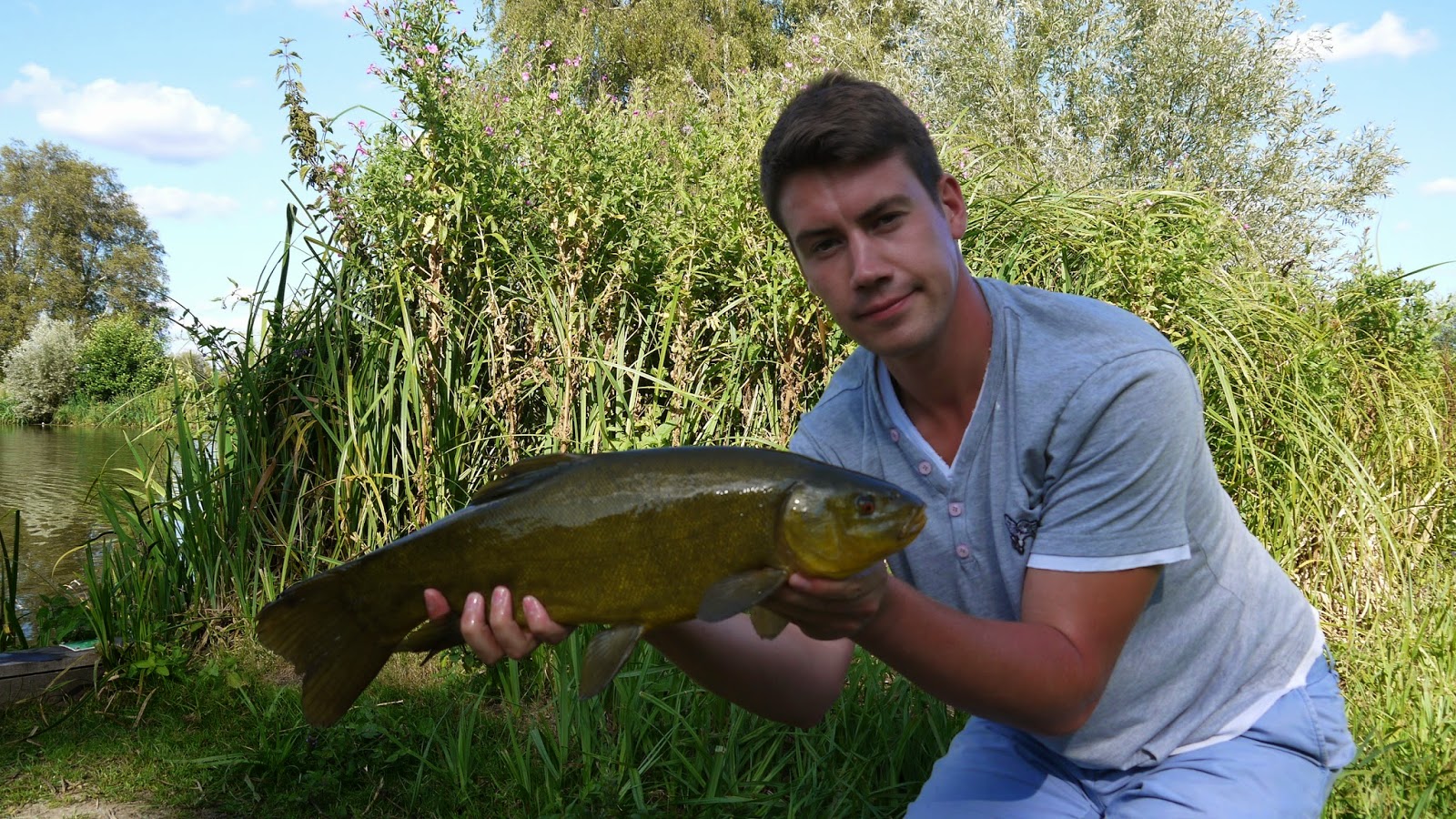 At 4lb 8oz it was good to get a bend in the rod, then another followed which was around the 5lb mark, the larger Tench gave off a very tentative bite which I could have sworn it was a Crucian but nope, not this time, but it wasn't long before my float dipped around a couple of millimetres, I needed no invitation to strike but on this occasion I actually connected to something, a solid fish plundered around the swim for about a minute then popped up to the surface, when I was greeted by a lovely bar of gold, I couldn't have reached for the net any faster, finally I had caught a decent Marsh Farm Crucian and my biggest for many years. 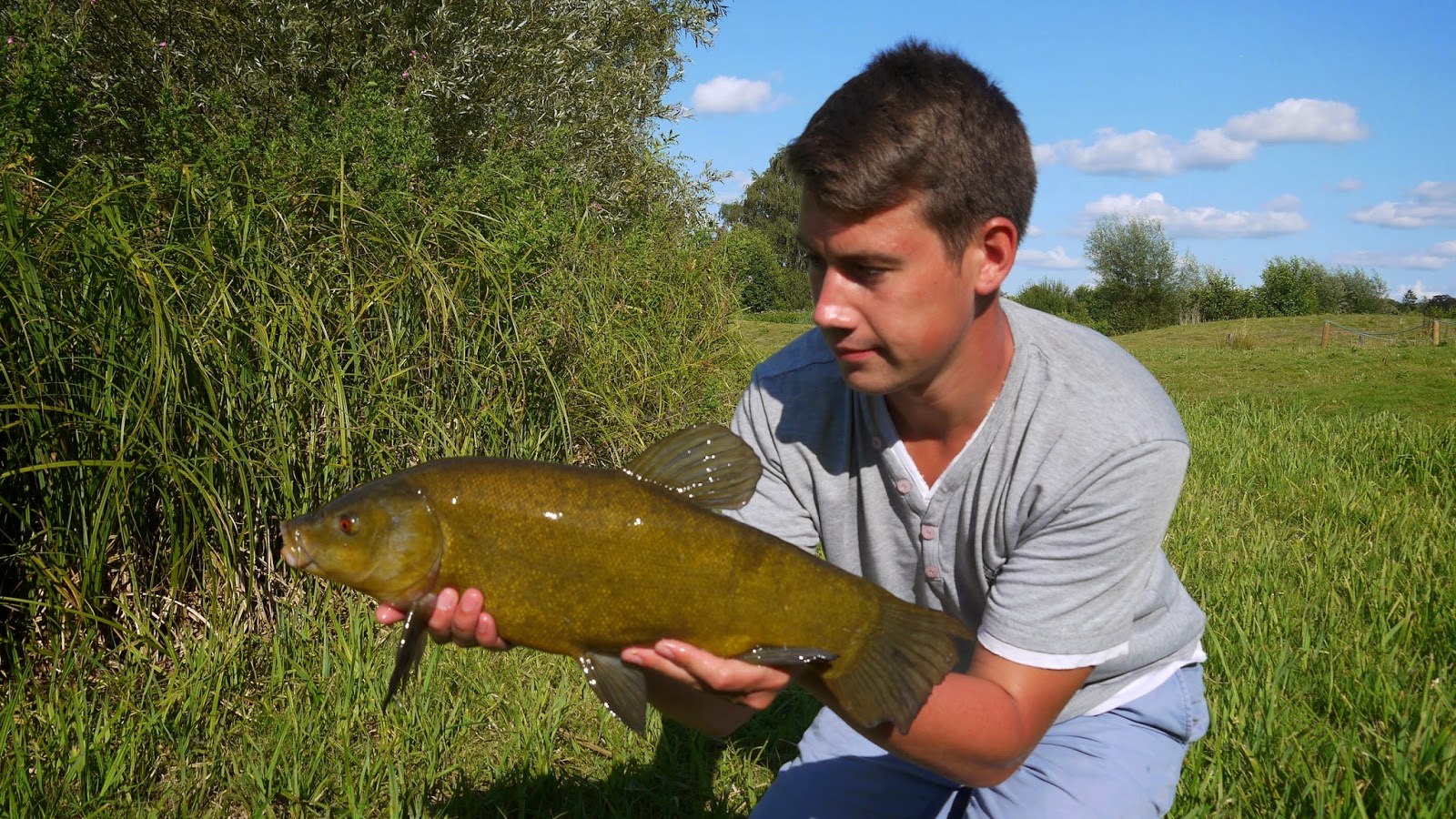 This is my reward for my last half a dozen trips, a 2lb 9oz Crucian.
It has been quiet a long time but it was certainly worth it, such deep and thick bodies, they can be deceptive in what they weigh, I took a couple of moments before the picture above just to admire it as it has been some 16 years since I last caught a Crucian over 2lbs, but just like London buses you wait an eternity for one and.......two turn up, the second one produced a more confident bite as it sailed away into the dense cover of the Lily pads that I was fishing, thankfully I had just enough to lever it out before the hook got shed in the stems, another pristine Cru' and another happy angler.

After the 2nd Crucian normal service resumed with a load of small Roach coming to the net and another couple of smaller Tench around 3lbs but one good Roach of note did break up the kindergarten party, all 1lb 4oz of it, unfortunately after weighing decided to go mental on the bank so as to not cause it any harm I duly slipped it back, just as dusk settled it was time to leave but the difference this time is I caught exactly what I wanted, a summer Crucian over 2lbs, maybe a new PB in the offing at some point in the near future.