This post is a catch up from a session I embarked on with my younger brother Richard, we both made the trip to Salisbury with the view of both catching our very first Grayling, a species that has long been on my most wanted list but never really made the effort to catch one, so needless to say that time had come.

Having walked from the train station, we met up with Stuart ( Balliff ), who put us on some fantastic looking spots for Grayling and knowing the Avon fairly well I knew other species would also be caught over the course of the day, I hadn't really set myself a Grayling target for the day I just wanted to catch one, after 2 trots I had already achieved my target, a pristine "Lady of the Stream", of around 5ozs, I was so happy and with it being such a diminutive fish it embodied something I have long wanted to catch, if you have never caught a Grayling then it's hard to describe just how fantastic they look, also nothing prepares you for how strong and squirmy they are. Within 20 minutes I had another 4 Grayling and 6 Dace, the white maggots were doing well.

The weather threatened to ruin the day but I wasn't having any of it and I'd caught a few Grayling already Richy hadn't managed any but had lost a couple of big ones, and I had lost a good pound plus fish too which was painful as I had to only play another 10ft or so and it would have been mine, but another time eh. Some fantastic fish came to the bank in a steady but promising spell, the Avon is known to hold some great specimens of a large range of species. 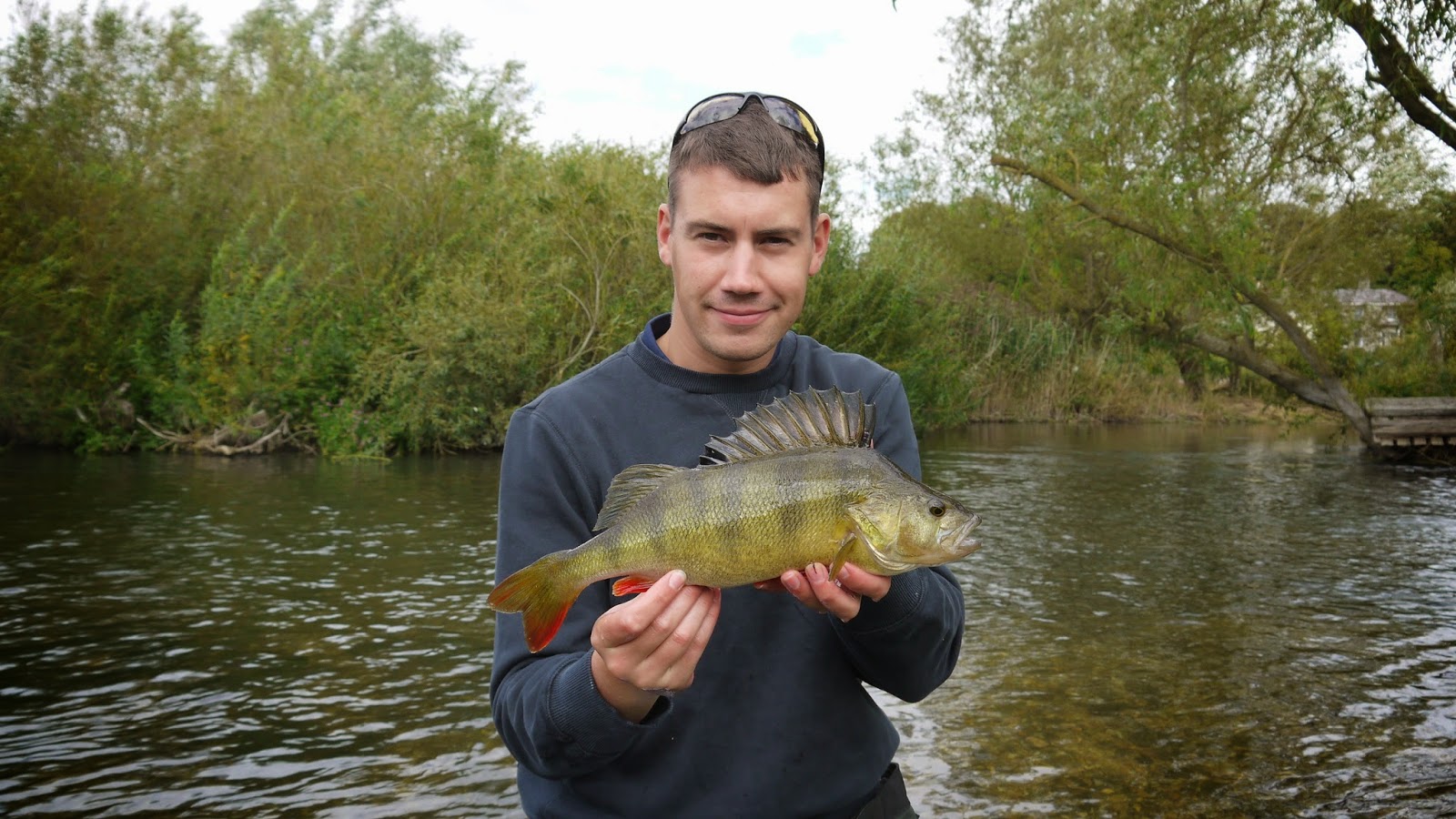 A pristine soldier of 2lb 9oz.


The Perch above was the 2nd strippey taken from the same swim which took a big juicy log worm, the first one was around 12oz and the Brown Trout above took a Minnow as I trotted past a Perchy looking swim, the float buried itself and my very light trotting rod bent double and took around 6 minutes to overcome, brilliant battling, then a couple more Grayling came to the net with the biggest upping my PB to 9ozs.

But the session didn't finish there either as I had banked one of my biggest ever Dace which bucked the trend of the average Dace coming in around 6oz, as soon as it approached me I knew it was big so this one was for the net so no mistakes would be made, I looked at Richy as it went in the net and he looked at me, "that's a pound plus Dace if I ever saw one", well he wasn't far off and I think at 15oz he could be forgiven as I thought the same, a proper specimen and I believe there are bigger in this beat too.

As the day started to draw to a close I fancied using some Sprats that I had bought along for some Pike and get some early season Esox fishing done, after an hour of fishing I connected with five of them but only landing two, 2.8 & 5.12, the Pike lost were all bigger than what I banked, the largest looked around mid-doubles but that's life in angling. The Wye will no doubt provide me with some sport over my trip in mid September where I'll be accompanying Brian Roberts of "Pike Blog" for some Esox hunting and with the view of banking a twenty pounder, in my opinion there is probably no better place to do it. 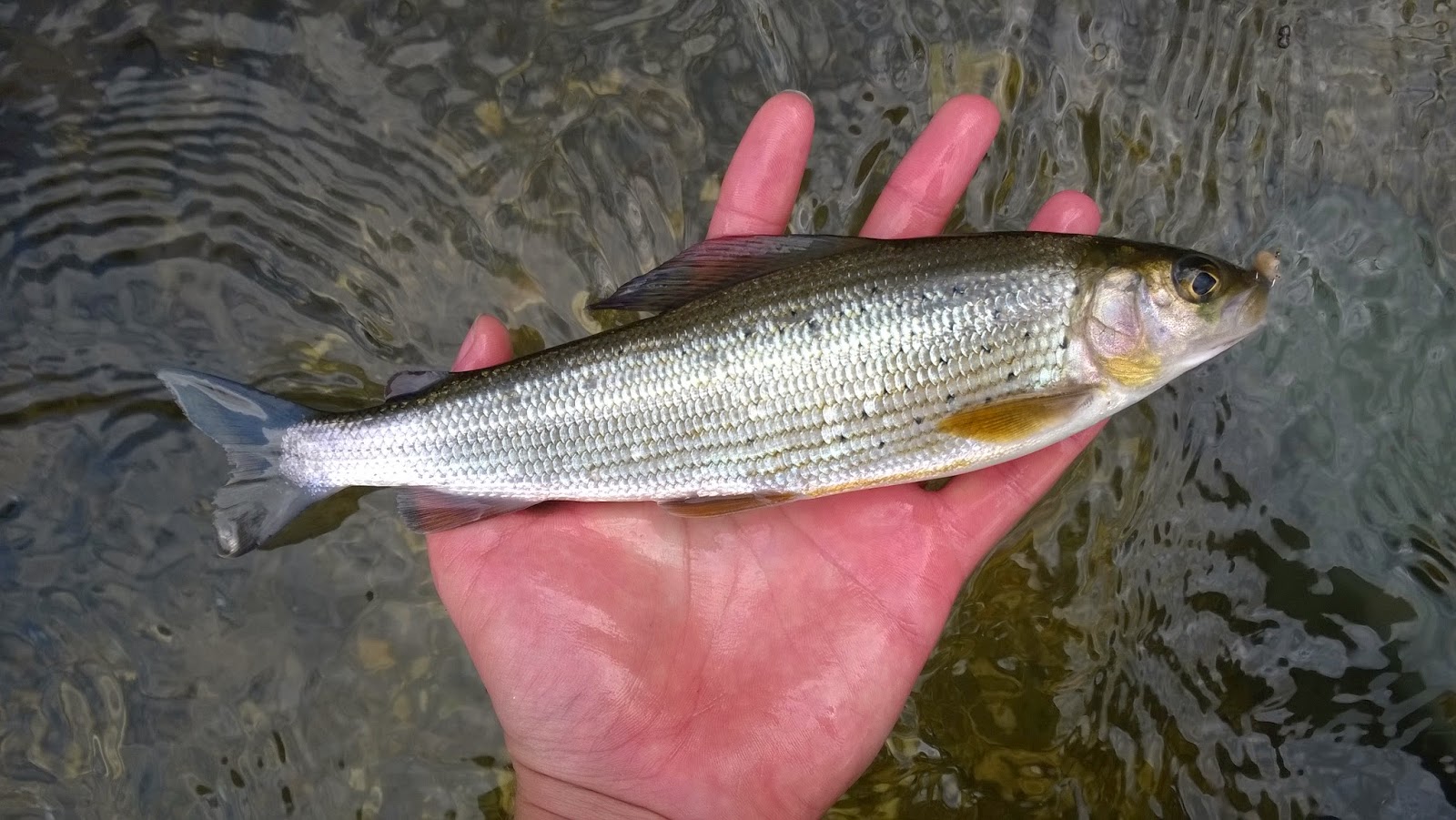 Some shots of the fishery below. 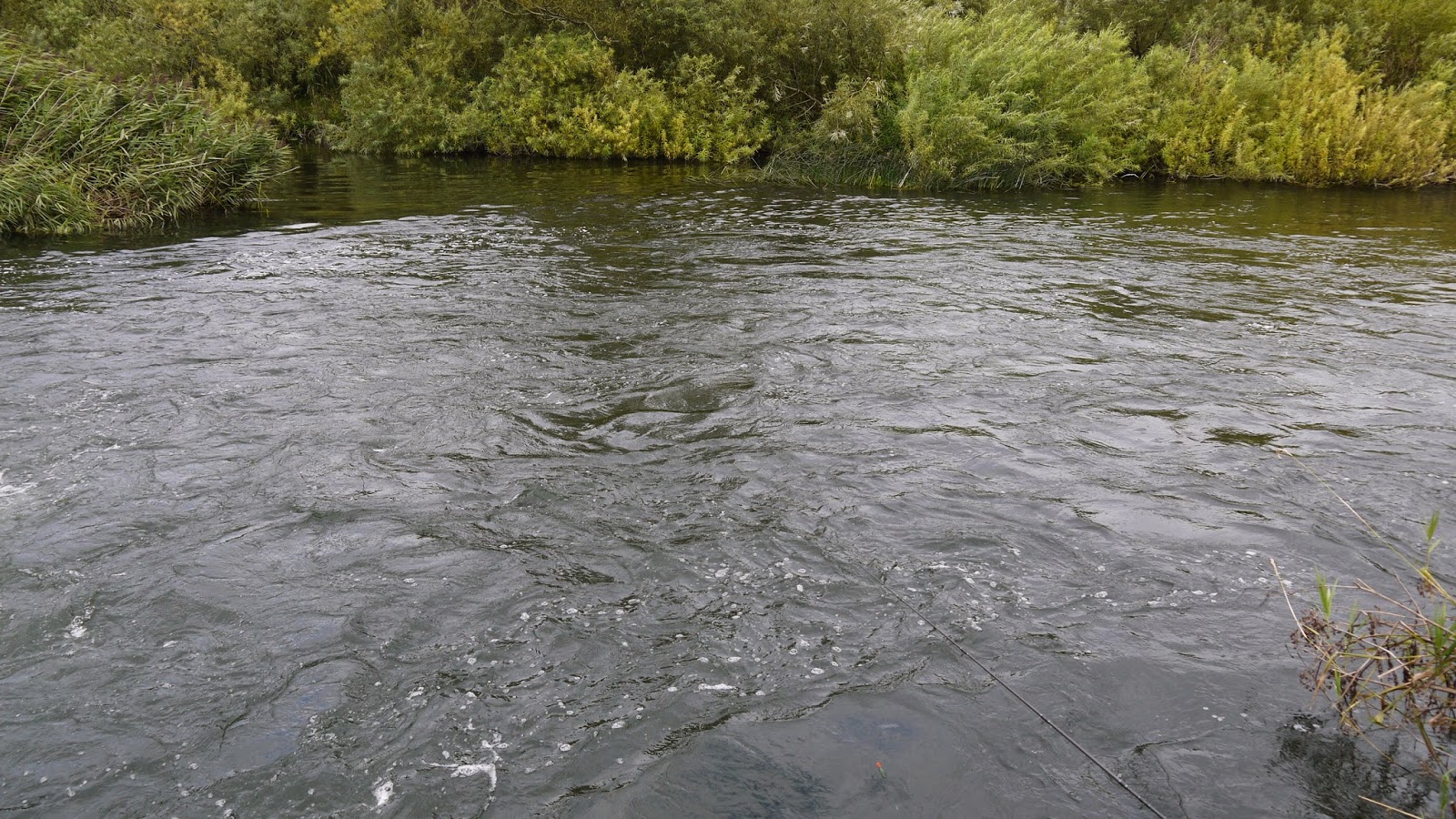 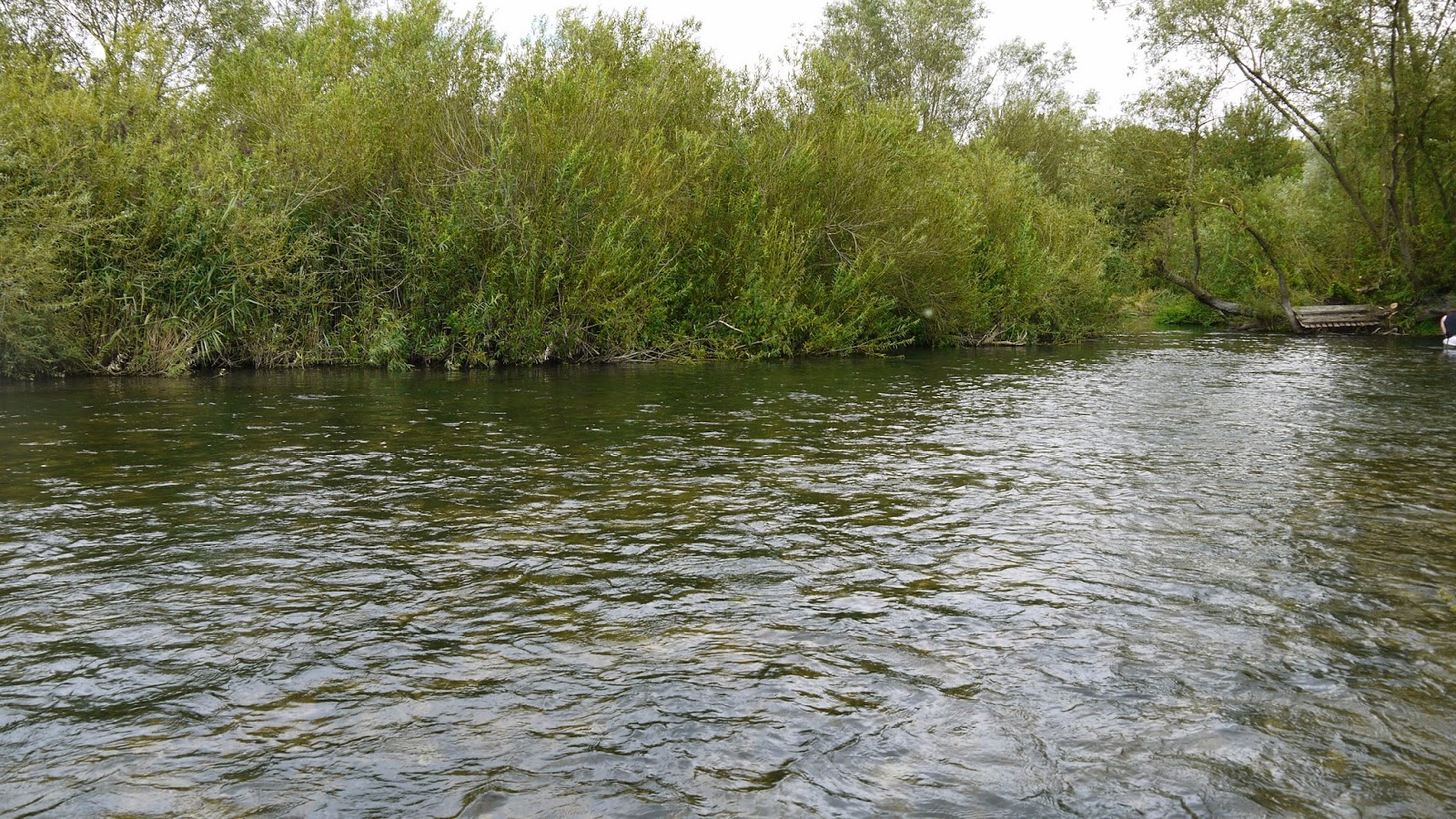 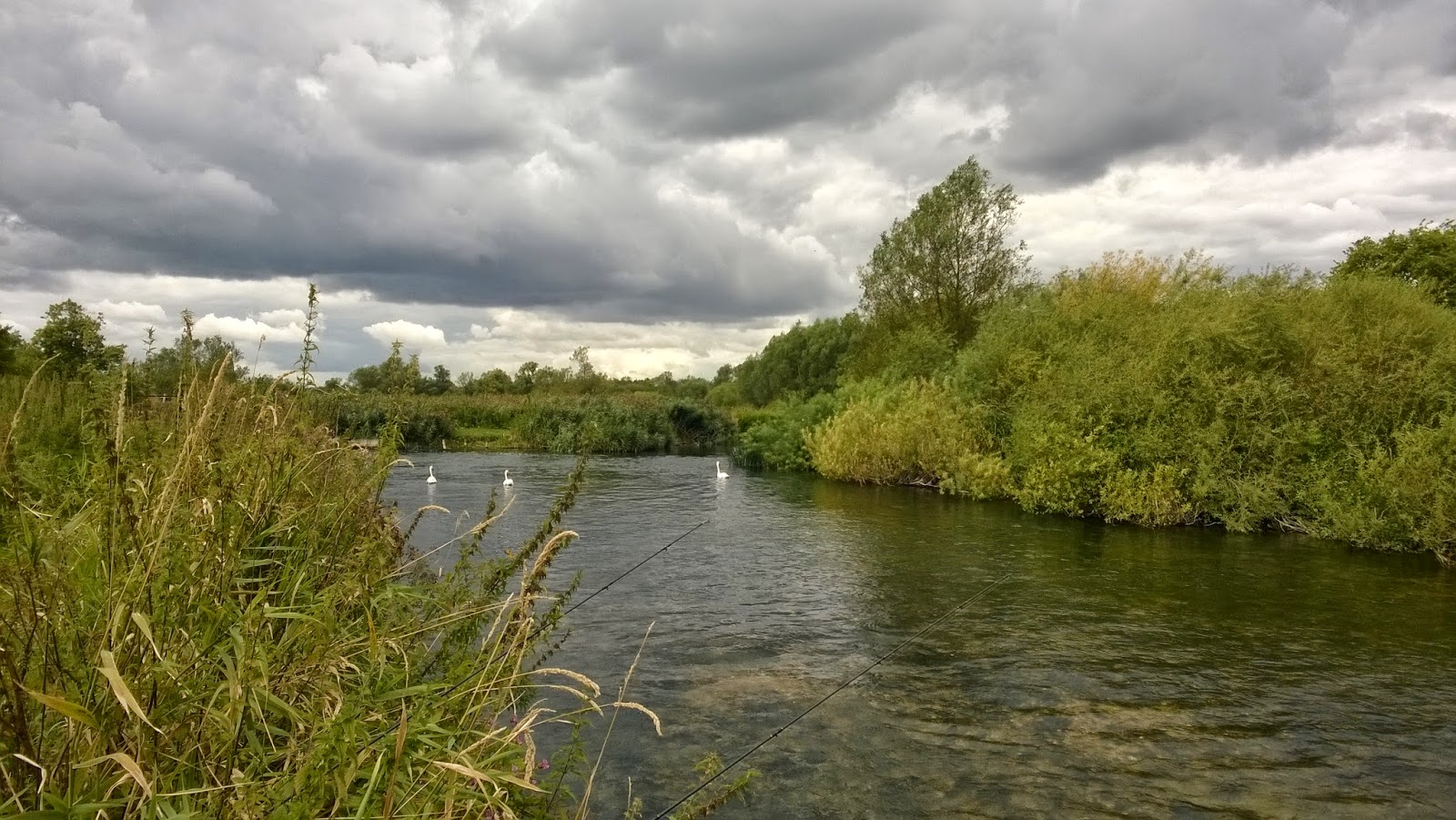 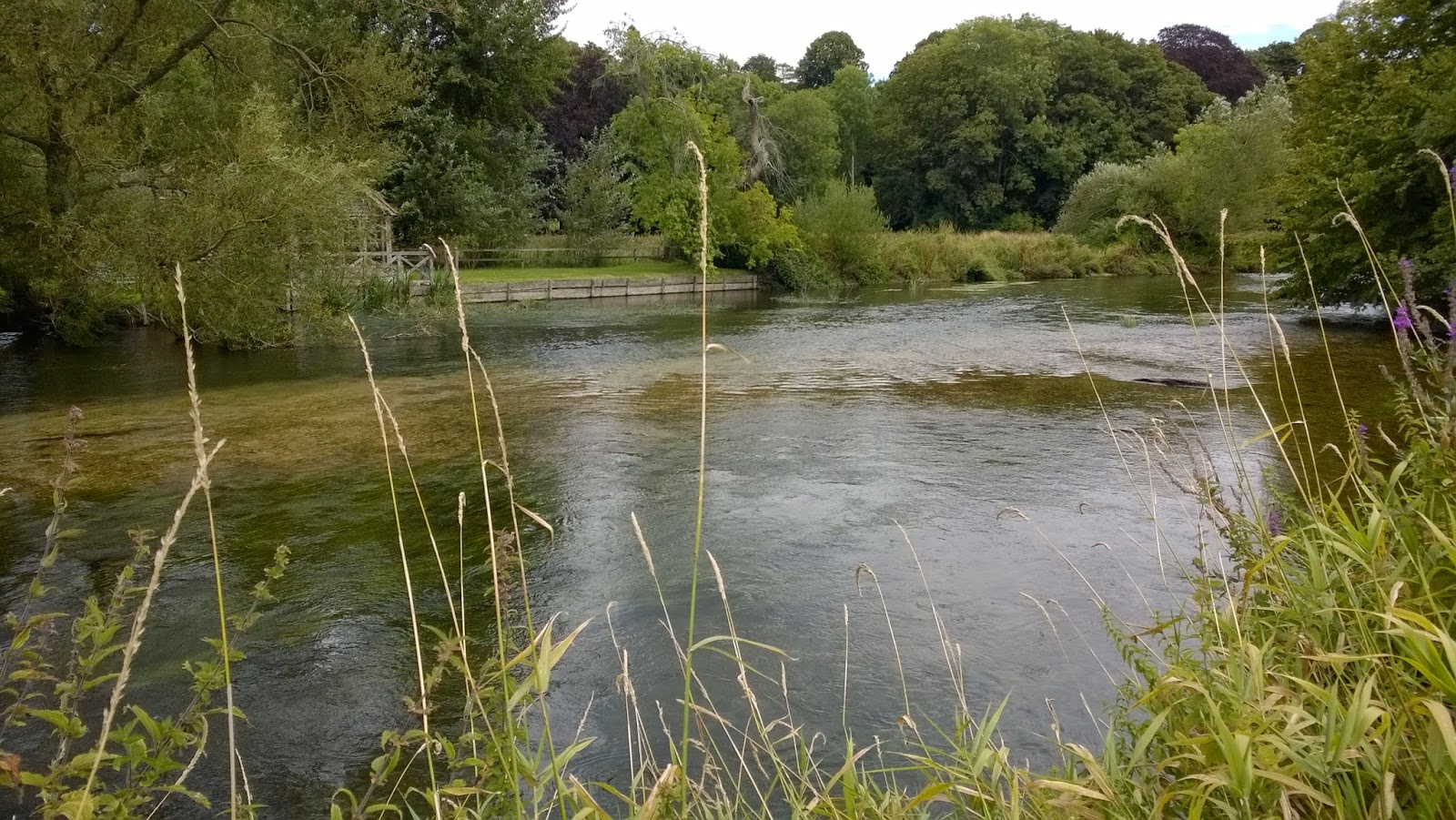 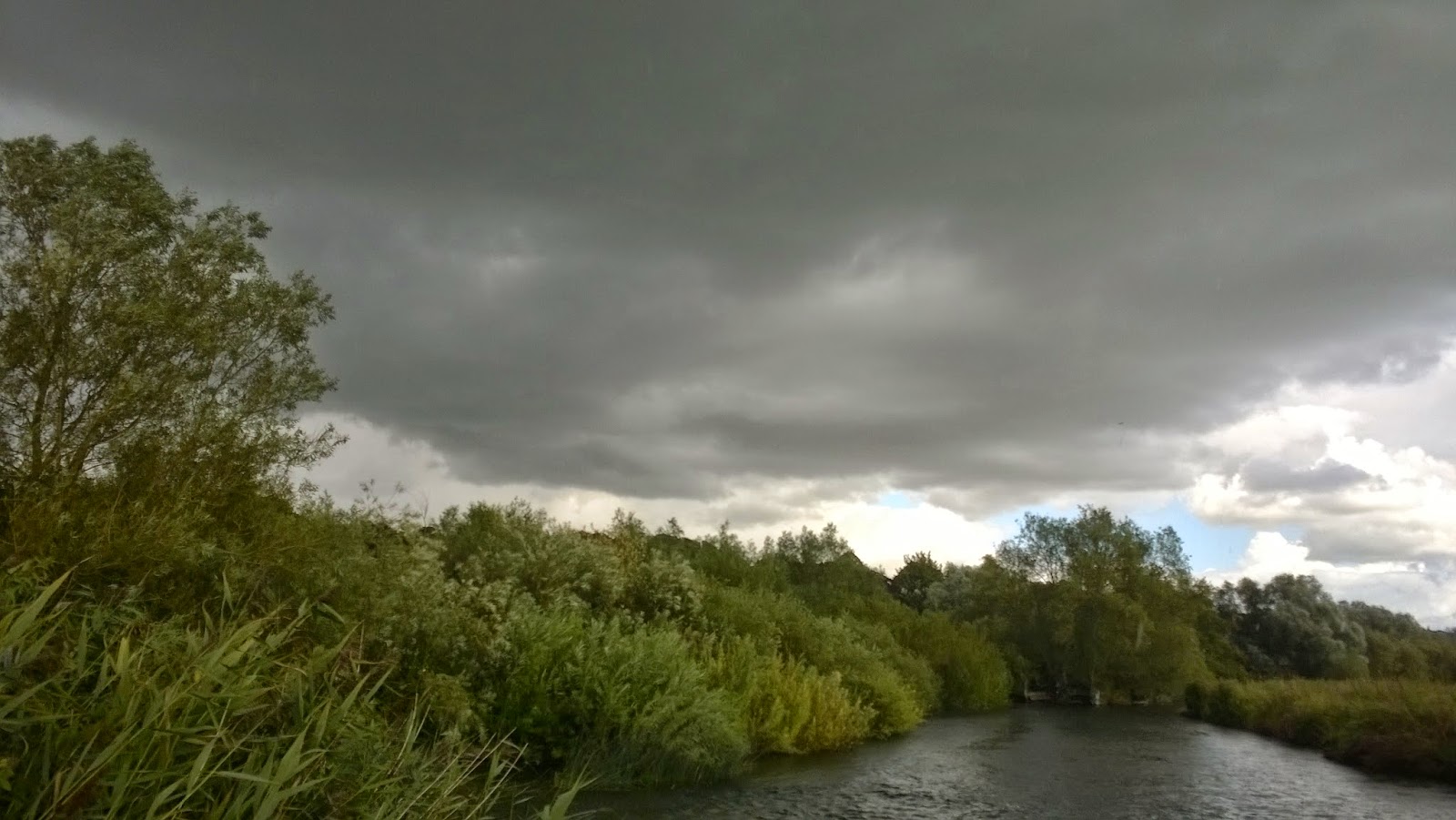 I finished the session with 3 dozen or Dace to 15oz, 2 Pike to 5.12, 2 Perch to 2.9, 8 Grayling to 9oz, 1 brownie at 4.12, although it doesn't seem a lot it was thoroughly enjoying, I will surely head back at some point.
Email Post
Labels: brown trout dace grayling minnow perch pike