It's mid August already and a chill in the air is already apparent at dawn, the last few morning's the weather has been pretty bad with the passing of the reminisce of hurricane Bertha, last night I had a quick looksy at the predicted weather for this morning and things looked a lot more settled so with that knowledge I set my alarm for 5am and packed the gear by the front door.

Carp were my target and I have done okay recently, one of the Carp caught being a twenty pounder is always a good feeling so I set out looking for more of the same and with all the rain over the last couple of days I assume the water temp has dropped a couple of degree's, because when I arrived at my first port of call the bottom was like a jacuzzi and large patches of black separated the large expanse of water as they sifted through the silt, so it was obvious where I would aim my casts but Carp fishing is seldom easy and this was certainly one of those days, when you could see enormous paddles waving up in the water, knowing full well where they are but I just could not tempt one to take the bait.

Fishing though isn't full of promises but with the Carp feeding as well as they were it was almost inevitable, in the end it had to happen, at about 630 my float lay flat as my target fish picked up my bait and trundled off with it I needed no time to strike, Carp on.......but my only issue was that I decided to pitch up right next to a set Lily pads and this Carp once hooked went berserk and headed straight into them, only a bit of side-strain prevented me from losing this fish, a big tail propelled this Common for what seems like an eternity, catching Carp can be quite a frightening ordeal, especially when they fight that hard and half of me is still in bed, but after plenty of battling I did manage to slip the net under a lovely upper-double fully scaled Mirror and not a Common which is what I thought at first it was, another good fish conquered. 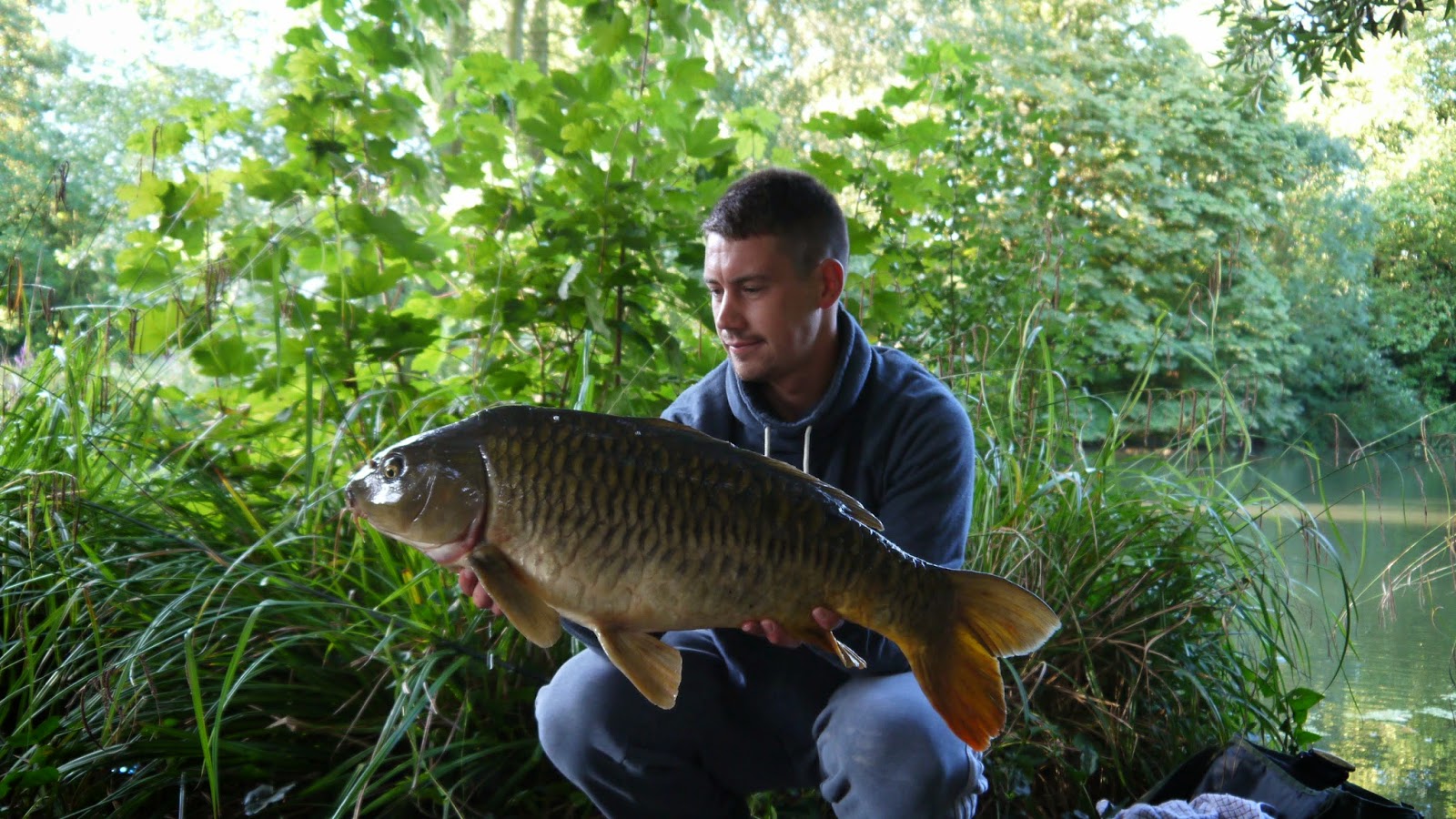 This perfect specimen weighed in at 17lb 14oz, a great way to start my day, after that I managed to hook another Carp but it managed to go into the lily pads and I wasn't so lucky, but it was smaller too so not all bad I guess.
- August 12, 2014