Trout have all but dominated the angling agenda over the last month and although I have thoroughly enjoyed it I fancied shying away from the fly gear and utilized a couple of hours after work today, my intended target were Carp and knowing how big they get in my secret lake, it's hard to not be filled with optimism, just watching some of the specimen's gracing the surface hoovering up anything in sight gets the adrenaline pumping and for the first 20-30 minutes that's all we could do as the majority of fish were out in 40-50 yards of water, so casting was out of the question.

The Carp here love a bit of crust or dog biscuits, so armed with the earlier we carried on walking around the largish expanse of water in search of movement in the margins, as the sun was starting to set we started to struggle to see through the water with the polaroid's on when a set of stripes appeared amongst the already dense weed, it took me about 30 seconds to adjust, focus and realise the fact that Perch were present, for almost 20 years I have never ever seen or heard of them being caught here and this was no little Perch either, easily a 2lb fish maybe even 3+ then an even larger Perch appeared out of the weed to join the first, this fish was easily a three-pounder, I thought to myself, "Where's a worm when you need one ", my personal best being 2.7 which was caught nine years ago. Instinct took over and I could not ignore a potential PB Perch, so for about 15 minutes after James Snr and myself went hunting for worms, which it has to be said with a flimsy stick and hard soil we may have found them quicker but this was surely worth the effort.

The rig.....was simply a size 14 hook and finally a worm but not much of one, I flicked it out as far as possible and then started to sink & draw it, with in seconds one of the Perch came out of nowhere and nailed the worm but didn't get hooked, how? I still don't know but I got another chance within a minute where the bigger of the two came and watched me jigging my worm up and down, the take was emphatic a the gob opened up in full-view and watched the worm disappear down it's cavernous mouth, I struck and.........I pulled the hook and bait out of the fishes mouth. "Dear oh dear", what the hell did I do that for I said to my father as he looked on and looked back at me with as much shock as disappointment as I had then thought I had blown my chance for good this time, but in typical James fashion I did get a third bite of the cherry, I changed the presentation slightly by just letting the worm slowly descend to the bottom where the smaller of the two Perch came and inspected it then suck in the worm, I waited a couple of seconds for it to make up it's mind and then I gently leant into it and she was on!, the excitement then kicked in as the fight was not what I would have expected off of a top predator but that for me was not much of an anti-climax, I desperately wanted to land it and I gladly slipped the Perch over the net, a definite PB!!!!. 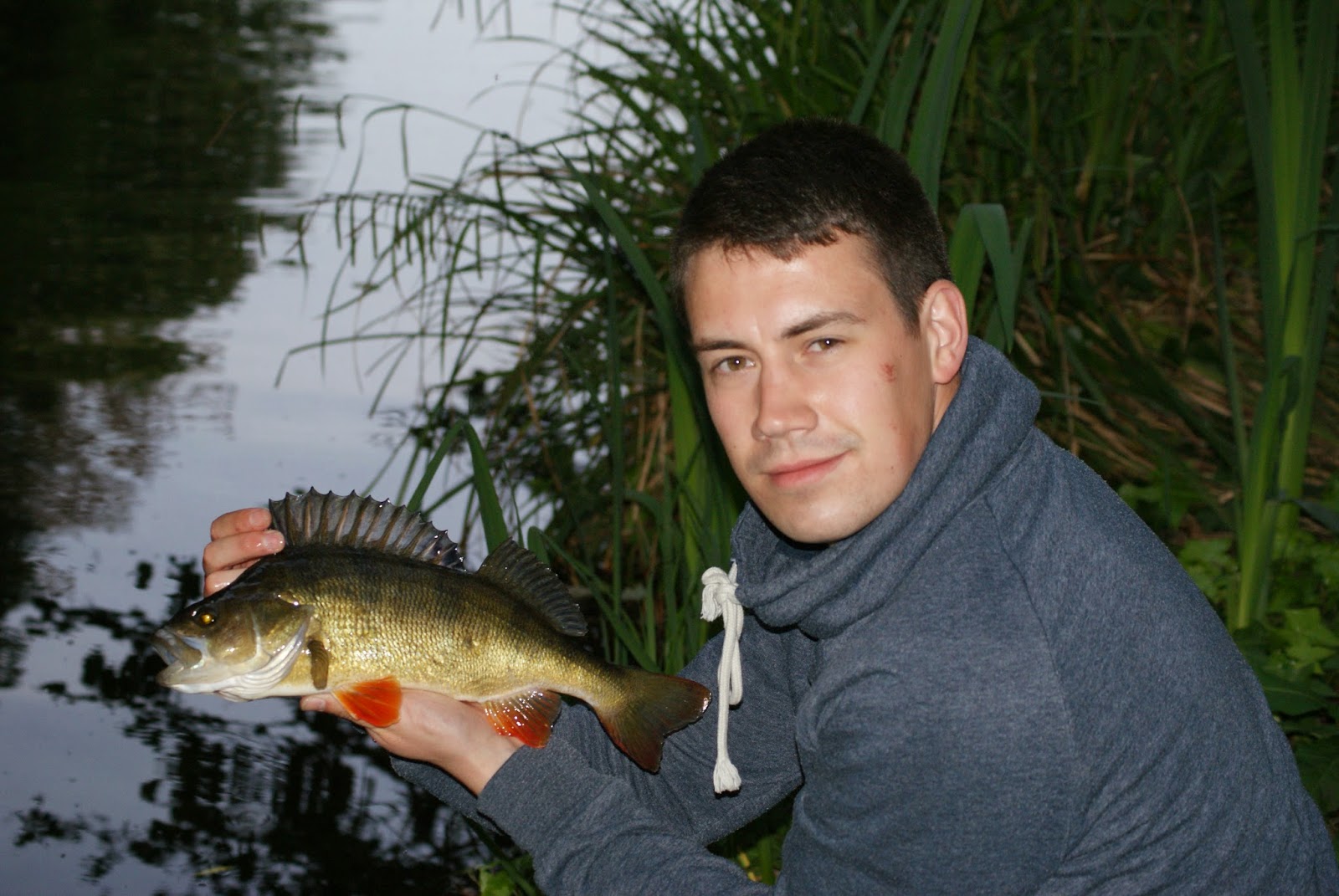 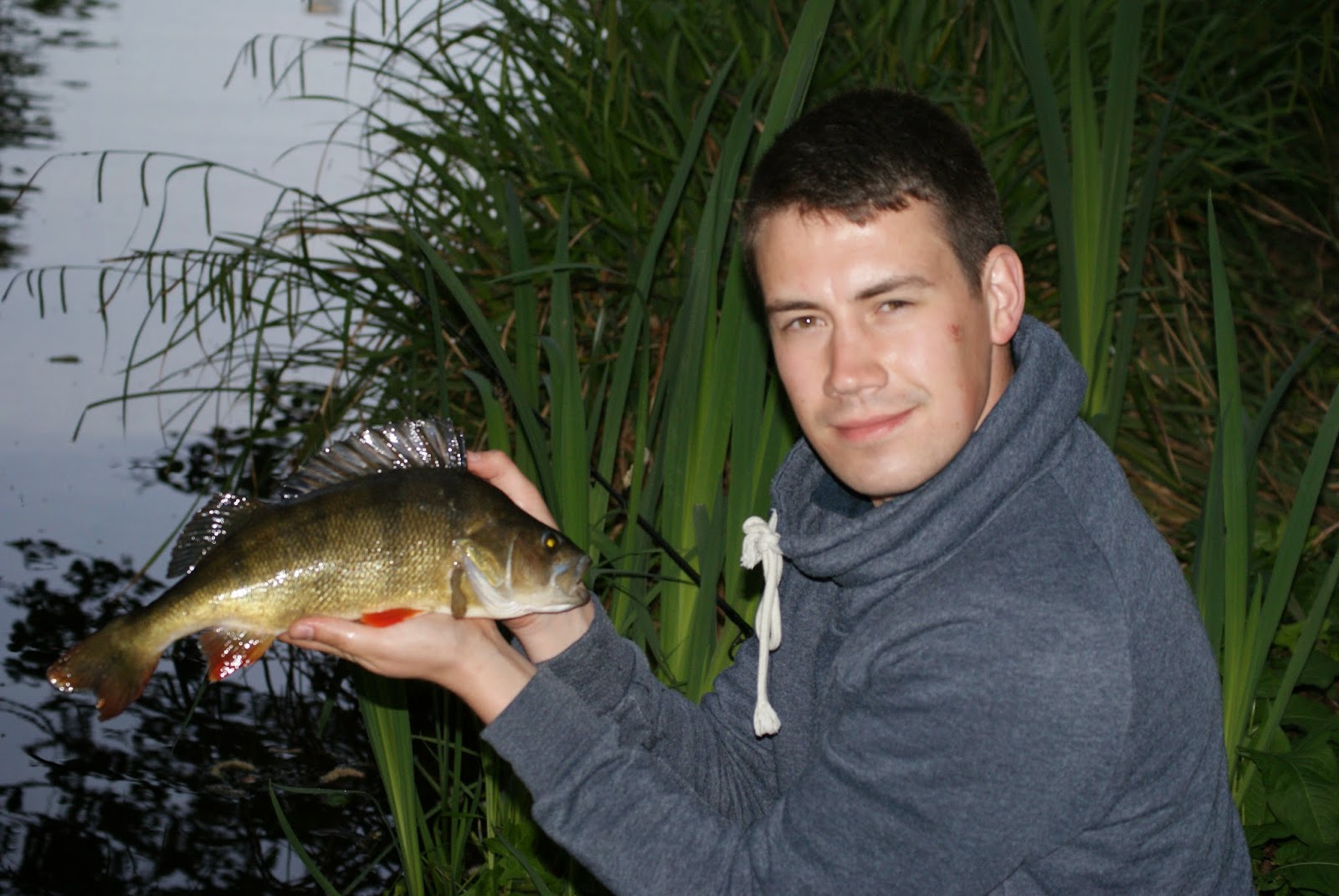 2lb 13oz!!, not a monster in today's fishing but for me it's a very big Perch and extremely chuffed to have caught it, a new personal best, it surpassed the original by 6ozs.


You just never know what your going to catch, that for me is what fishing is about enjoying your time out in nature and catching such fantastic fish whilst relaxing, unless the fish decide to toy with you.