As I picked up on from my last post I was aiming to get out and give the Barbel another go, time is always an issue but today it was relatively quiet so I got off work earlier and headed off to the river for a couple of hours rolling, my Dad also came along for the journey hoping to get locked into a fight or two. Only recently the Barbel have been feeding and becoming more easier to find, which for me is the ideal circumstance.

Pods of Barbel have been popping up everywhere so where to fish isn't an issue but the task is to find the fish when they are feeding, rolling meat is a great way to sort out the feeders and the tactic worked yet again, another fantastic fight on the cane & pin carried on and on as between my father and I we failed to net the fish on the first 5 attempts, every time it came close to a marginal bar where the net was waiting it would bolt back out into the deeper water and carry on the scrap, but we finally got it in, a good fish, my initial guess was a 9 but after we weighed her at 8lb 4oz we were both surprised, she was empty and has a great deal of filling out to do come the winter. 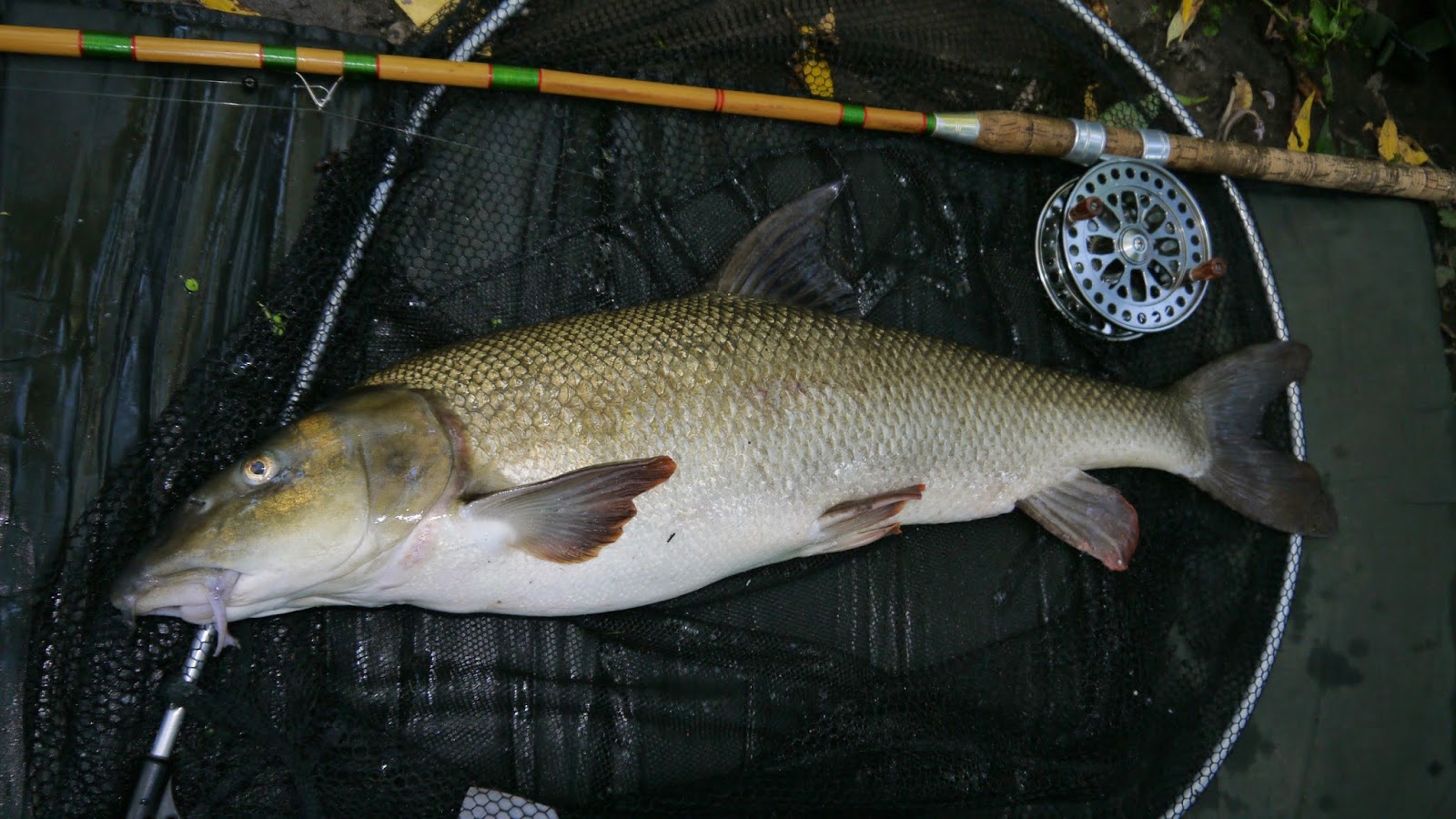 As dusk approached my Dad did get a couple of bangs whilst rolling but he didn't manage to connect one, with the "ol man" doing that I had decided to go trotting for some silvers and had some success with a few Dace and Chub with a decent Roach coming off almost immediately, then dusk had come and gone it was time we did the same, 6 trips for Barbel and 6 caught, 100% so far I wonder how long that will last?.

This week I also won the Korum Specimen Cup in the anglers mail for a 15oz Dace and a 2lb 1oz Roach, both of which are very big fish, but a quest for a 3lb Roach is always on my mind, one day.........one day I will have the privilege of clutching one.
- September 03, 2014